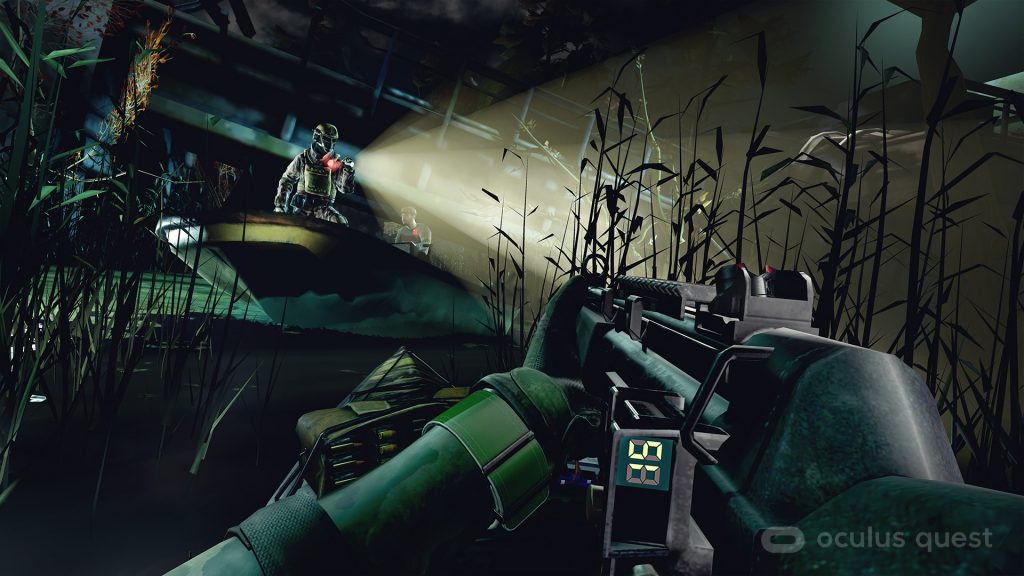 The game is being developed by nDreams and it will see players take on the role of a deadly covert operative dispatched into remote, hostile wetlands in a military kayak.

The game will be set in 1991 right after the end of the Cold War, when the world was anything but at peace. The team hopes the deliver the best possible immersion offered by the scenario through virtual reality.

The year is 1991. The Cold War is over, yet intelligence indicates a significant force consolidating at an inaccessible former Soviet naval base off the coast of the Black Sea. As an elite Phantom operative, you have been tasked with infiltrating the facility, and eliminating the threat if deemed necessary.

Phantom: Covert Ops delivers the tension and thrill of becoming a lethal military asset in virtual reality. The body-awareness technology, tactile interactions, and an array of weapons and tools combine to deliver incredible immersion.

The game encourages players to approach each enemy encounter in their own way across an explosive campaign of missions with diverse objectives. Utilise an expanding, upgradable arsenal of weapons and equipment to sneak silently in the shadows, causing distractions to create a path to the objective. Or ambush hostiles head on by setting explosives and using the sniper rifle.

Phantom: Covert Ops launches on Oculus Quest and the Rift platform sometime before the end of the year. A final release date has yet to be confirmed.