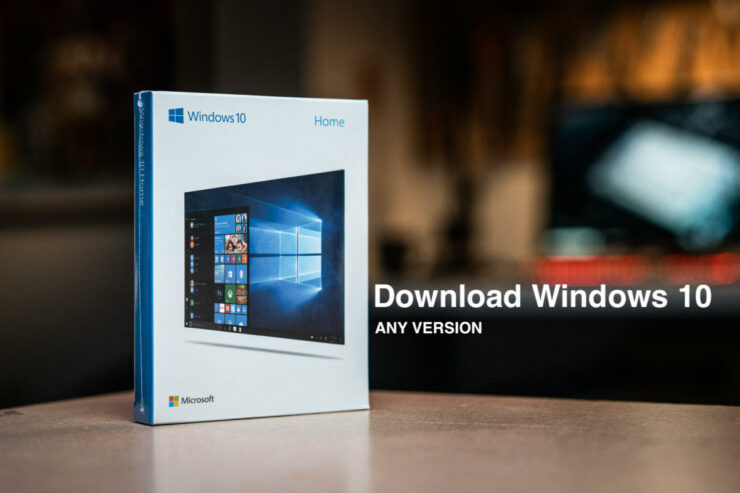 As soon as a new Windows 10 feature update drops for the public, Microsoft makes the previous version unavailable. This is obviously done to make sure users upgrade to the most latest version of the operating system that will also be supported the longest. However, there are times, more often than we like, when the current version just doesn't cut it. Whether it's because of any compatibility issue or stability problems, if you want to use an older version of Windows 10, the Windows maker doesn't support this downgrade, at least not openly.

However, it is after all Windows and not the Apple ecosystem, which means there are almost always ways to make things happen. Thanks to a simple bat file, you can now choose to install any of the older versions of Windows 10 and download it directly from Microsoft's servers.

If you do need to download older Windows 10 versions, here is how to easily do that

While everything is in a text file, which means you can see for yourself if there is any usual internet-spammy-thing going on, we still wouldn't recommend you to run your device on an older version of Windows 10. This option is more for pro users, developers, and others who might need access to older Windows 10 feature updates.

More details on these two options is available in our earlier guides.

On paper, it sounds odd to get an older version of the operating system that might have run its course. However, this year has been especially slow in terms of Microsoft delivering fresher feature updates to all devices. For example, one of our devices is still running last year's version 1909 and is yet to even be offered Windows 10 May 2020 Update let alone the latest version 20H2.

While getting the most recent update isn't always recommended so soon after the official release, you should also check the known issues affecting the older versions to ensure your device won't run into any problems after the upgrade/downgrade to a specific version of Windows 10.

Download and Install Windows 10 Right Now, Anywhere in the World