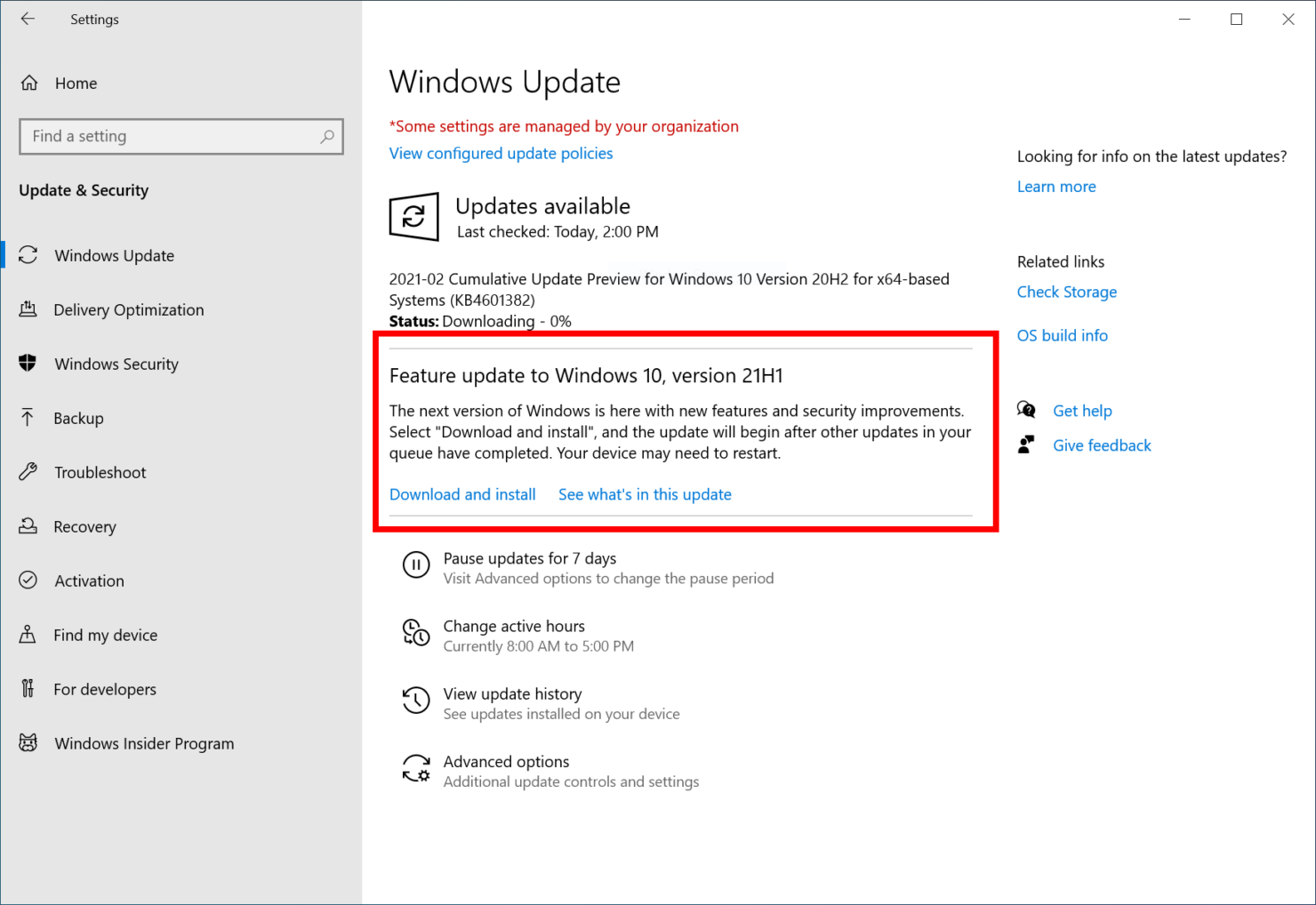 "As people continue to rely on Windows more than ever to work, learn and have fun, we understand the importance of providing the best possible update experience to help people and organizations stay protected and productive," John Cable, Vice President, Program Management, Windows Servicing and Delivery, wrote in a blog post.

"It is a responsibility we do not take lightly and why for the first time an H1 (first half of the calendar year) feature update release will be delivered in an optimized way using servicing technology, while continuing our semi-annual feature update cadence."

Delivered like a cumulative update (similar to version 1909 and 20H2), Windows 10 version 21H1 will introduce a "scoped set of features improving security, remote access and quality." Instead of any major changes, these improvements will focus on the core experiences that customers are relying on most right now," the company said.

"We optimized this release to support our customers’ most pressing needs."

The Windows maker is taking the multilayered approach to the launch of Windows 10 version 21H1, which it has been doing for quite some time now. Cable said that the new Windows 10 feature update will only be available for Windows Insiders right now.

Insiders in the Beta channel can grab the new version starting today based on the seeker approach. "New features will be offered in future Windows Insider Preview Builds as they are ready," Cable said. The public release will take some more months to begin.

Broad availability of Windows 10, version 21H1 will begin later in the first half of this calendar year, and we will provide more information on the release and how to get it as we get closer to the launch of this next feature update. We look forward to hearing your feedback.

If you are an Insider signed up with the Dev or Beta Channels, you can install Windows 10, version 21H1 through Settings > Update & Security > Windows Update > click on Download and Install button.