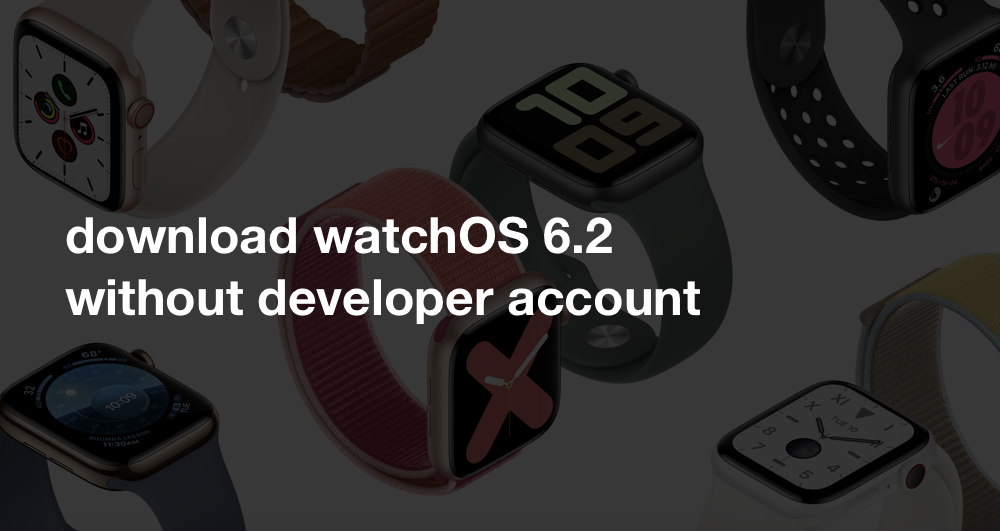 Here's how you can download watchOS 6.2 beta on your Apple Watch without a developer account right now, absolutely free.

Download and Install watchOS 6.2 Beta on Your Apple Watch Before Anyone Else, That too Without a Developer Account

Apple released the first beta of watchOS 6.2 last week. And like before, it's meant for developers only and end users will only get a taste of it once the update is ready for prime time use as a final build. This also means that Apple won't ever seed watchOS 6.2 beta to any individual as a public beta either, unlike iOS, macOS and tvOS betas.

But, now that you are here, you will be pleased to learn that you can actually go ahead and download watchOS 6.2 beta onto your Apple Watch without a developer account. Before you do that, you need to download and install the latest iOS 13.4 beta on your iPhone which you can grab for free from here. Once that is out of the way, grab the configuration profile from this link, install it on your Apple Watch and the latest beta update will be pushed to you over the air. It's that simple.

A fair bit of warning right now before you finish reading this. Once you do download watchOS 6.2 beta onto your Apple Watch, you cannot downgrade it back to watchOS 6.1.2 at all. There's no magic sync cable that exists that allows you to do this. So it's the end of the line once you do update. Also, keep one thing in mind - you have to install all the subsequent betas that arrive in due course until you are on the final release. It sounds like a lot of work, but that's how things are in the world of betas on Apple Watch.

One more thing before you install the watchOS 6.2 beta - you will run into broken app compatibility issues and even bad battery life. If you understand all of this, only then go ahead with the installation.

watchOS 6.2 is a big update for developers as it allows them to pack in-app purchases in their creations. This is a huge deal for a lot of developers who are looking to monetize their apps in new ways.