Here’s How You Can Purchase the Pixel 4 or Pixel 4 XL in the U.S. 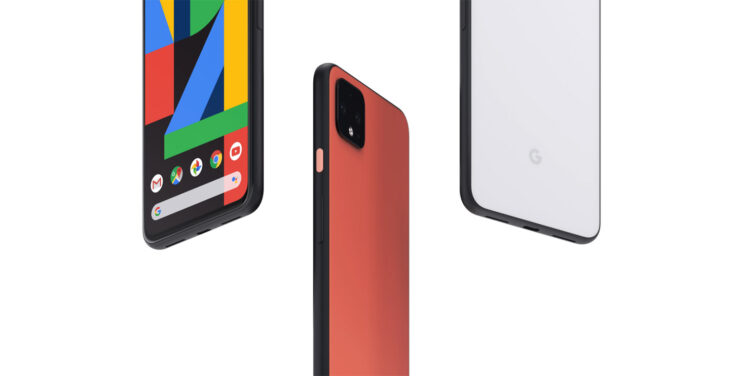 During the Pixel 4 and Pixel 4 XL official announcement, Google stated that availability of both models will be widespread, and believe us when we say it, the tech giant wasn’t kidding around. With several carriers and online stores taking preorders for both models, here we provide relevant info as to where you can secure a purchase while living in the U.S.

The most obvious place to start is the Google Store, and the company is offering a $100 store credit to buyers who preorder the Pixel 4 or Pixel 4 XL. With this offer, you get free 100GB cloud storage on Google One for three months, and all Pixel 4 devices will be accompanied by a $100 Google Store gift card. The estimated shipping date is October 24.

We already reported that preorders from B&H opened up before Google officially announced the Pixel 4 and Pixel 4 XL. Well, we’re back to inform you that the online store is taking preorders for both devices, starting at $799. Freebies included are a B&H $100 gift card and 8GB of data from Mint Mobile, which will be valid for three months. In total, the freebies amount to $160 worth of goodies. The estimated shipping date is October 22.

The online store has two different offers. One is that you’ll receive a $150 gift card when you purchase a Pixel 4 or Pixel 4 XL and activate it on either AT&T, Verizon, and Sprint. The second offer gives you a $100 gift card on the purchase of an unlocked Pixel 4 and Pixel 4 XL. Of course, terms and conditions apply, and we highly recommend that you read them first before placing a preorder through Best Buy.

For the first time ever, Google will release the Pixel 4 and Pixel 4 XL to all major carriers in the U.S. This will not only make it easier for the company to increase its shipment tally in the region, but also allow wider availability for users down the road. Here are all the details you need to know.

If you preorder the Pixel 4 or Pixel 4 XL from here, you’ll receive $100 in Fi service credit.

AT&T hasn’t published any specific details on the Pixel 4 and Pixel 4 XL right now. That’s because preorders for both models start at midnight for both physical and online stores. AT&T’s offer is $300 in bill credits to current customers if they trade in their old phone. Additionally, the carrier is giving up to $700 off for customers that switch from another carrier and trade in their old smartphone. For a 30-month period, the Pixel 4 starts at $30/month, while the Pixel 4 XL starts at $32/month.

Just like AT&T and Sprint, T-Mobile will commence preorders starting at midnight. Here are some enticing offers for you. T-Mobile company is offering a free Pixel 4 or up to $800 off a Pixel 4 XL, which will be paid back in the form of 24 monthly credits on your bill if you agree to the following:

If you don’t own a previous-generation Pixel smartphone, you can get up to $300 trade-in credit with an eligible device and if it passes the inspection part.

Xfinity Mobile has provided an ‘estimated’ monthly payment for the following models. The contract period lasts for 24 months.

There you have it, all the valid places where you preorder the Pixel 4, or Pixel 4 XL. If you want to know more about the two models, and how they fare against the Pixel 3 XL, you can always check out our detailed comparison here. We’ve also included a list of the best Pixel 4 features that you should look forward to, so make sure to check that to see what’s new in Google’s latest lineup. If you don’t want to spend the extra money right now, you’ll be pleased to know that Google hasn’t discontinued the Pixel 3 or the Pixel 3 XL for that matter. The previous-gen smartphone range starts from $499, giving customers more value in return.