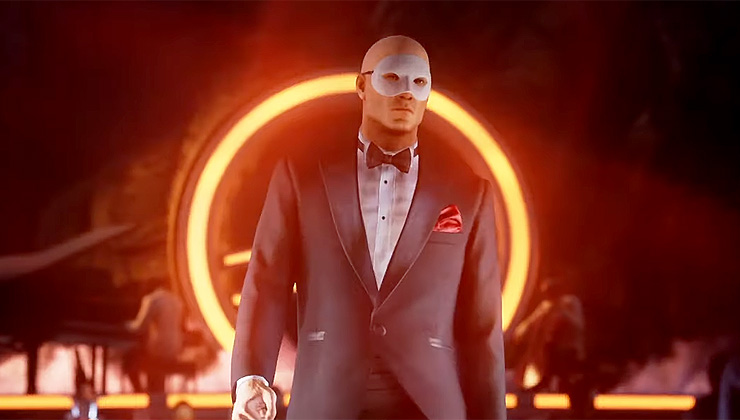 Hitman 2 recently released it’s first post-launch location, The Bank, but there’s a lot more content sneaking out in July! Throughout the month, developer IO Interactive will be rolling out additional contracts, a returning Elusive Target, and an all-new Sniper Assassin map, The Prison. You can catch a glimpse of the stuff coming in July in the following video.

Here’s a more detailed description of all the July add-ons:

It’s time to stop the music, 47 style, in the Babayeva Dissonance. In this Escalation, you’ll have to take care of the musicians and stop the music. There are 3 stages, and each one requires your particular skill sets. All from precision shooting, to a piece of certain knowledge about explosives. And, please be gentle with the cellist.

The “I’m with the Band” Challenge Pack is your opportunity to join the famous Santa Fortuna band. We’ve added five new band-related challenges to Santa Fortuna, and you’ll need to figure out the best way for success  – with your one hit wonder, to complete them and earn the unlock. When you’re successful, you’ll get rewarded with something all band members should have in their life. Their very own Violin.

Inspired by this month’s content theme of Jungle Music, we’re looking for Featured Contract Submissions that fit the theme of ‘Tone Death’. Our themes for Featured Contracts are purposefully open-ended to make sure that the talented Contract creators in the community are free to interpret them in many ways, ensuring some fun and varied contracts.

The notorious Badboy is back! The Badboy Legacy Elusive target is in Sapienza on July 19, for 10 days. So be sure to take care of this particular musician before that. You’ll need to own the Legacy Pack to play this Elusive Target, so make sure you download it if you haven’t already! Good Luck.

The Calvino Cacophony Escalation is a hot summer celebration like never before. You’ll have to become the menace of Santa Fortuna and you’ll definitely going to blow stuff up. But be careful – playing with explosives is a dangerous game! High risk comes with a high reward. When completing this hot escalation, you’ll unlock the dashing and cool, Hot Summer Suit. 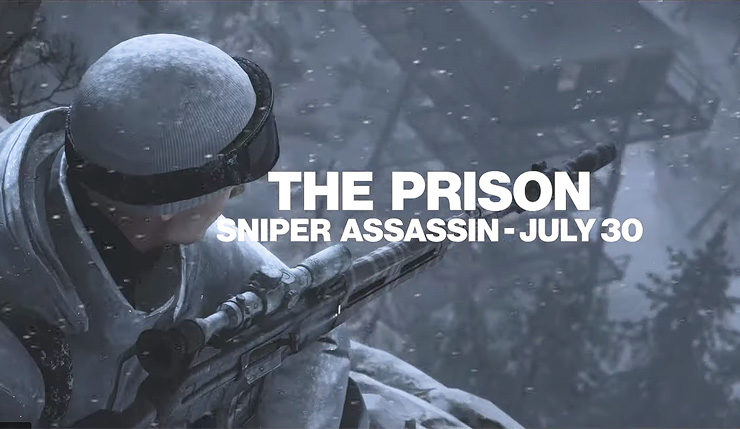 The second Sniper Assassin map is coming to all expansion pass owners July 30th! This time, you’re going to one of the harshest and coldest places on earth. Get full mastery in this level, and you’ll unlock the Druzhina 34 ICA Arctic to use in all of the sandbox locations HITMAN 2. Welcome to Siberia (The Prison). More information regarding the new Sniper Assassin Map will be revealed as we get closer to release date.

They are finally here! We promised a little while ago that we’d make these suits available for purchase, but we’ve gone one better and made them FREE for everyone that signs up for an IOI Account, which is also free! The Anniversary Outfit Bundle, features characters from our classic games, including the Futo Suit, Lynch Suit, and Freedom Phantom Suit.

Contracts Mode is coming to Hawke’s Bay! Come July 30, you’ll be able to play and create your own Contracts on the opening mission from Hitman 2. How, who, when, with what? It’s all up to you. It’s time to be creative and make that lovely beach your playground.

Our major update for July arrives on the same day as The Prison: July 30. Expect a range of improvements and fixes to all aspects of the game, including issues reported by our community. We’ll have more details to share on IOI Monthly # 5 and the full release notes will be published before the game update is available to download.

Phew! That’s a lot of damn stuff! As mentioned, most of these add-ons will be free, with the exception of The Prison Sniper Assassin map, which requires you to have bought the Gold Edition of Hitman 2 or the $40 Expansion Pass.

Hitman 2 is available now on PC, Xbox One, and PS4.