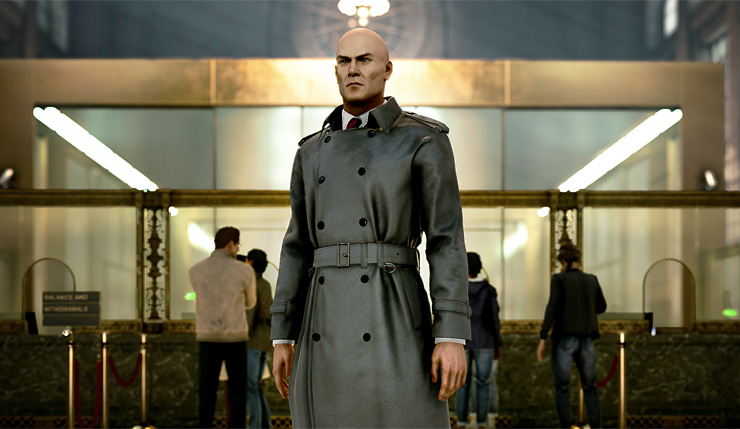 Hitman 2 is rolling out its first full DLC location tomorrow. Set in New York, The Bank should be one of Agent 47’s toughest challenges yet. Your target is director Athena Savalas, and getting past the bank’s high-tech security and guards will be no easy task. In addition to the new main “Golden Handshake” mission, The Bank update will include new challenges, trophies/achievements to earn, and a bunch of new goodies to unlock by mastering the level. You can check out a trailer for The Bank, below.

When Agent 47 arrives at the bank, he’ll have two objectives to complete in order to call his mission a success. The Golden Handshake mission objectives are:

The Director of the New York branch of the banking division of financial giant Milton-Fitzpatrick, Miss Savalas is an extremely hard-working, entirely unscrupulous woman who gave up everything personal to succeed in her life as a high-tier banker. An heir to a logistics empire, Athena Savalas entered the male-dominated banking system fresh out of business school. She quickly learned that to succeed, she would need to transform herself entirely from the classic businesswoman she’d been bred to become.

She’s an expert at finding loopholes, exploiting tax rules and laundering money for criminals and has been involved in numerous tax evasion schemes, which have earned her multiple “Banker of the Year” awards in the last decade. Rumors of wanton gambling with client money and the bank’s finances are beginning to catch up to her and with the board of directors looking for a new CEO of Milton-Fitzpatrick, Savalas is eagerly covering her tracks, using any means necessary.

The Bank is available to everyone who bought the Silver or Gold editions of Hitman 2. If you didn’t pick up either of the special editions (which are no longer available), you can still get all of the game’s premium post-launch content by picking up the $40 Hitman 2 Expansion Pass.

Hitman 2 is available now on PC, Xbox One, and PS4. The Bank will be available to download tomorrow (June 25).