Google recently released the first developer preview of Android N. This early release has given us some insight into many features that could be part of the final version of Android N, which will be released to the public later this year. One of the most user favorite features has been support for split-screen multitasking. Split-screen mode, however, seems to be added on with a more complex form of multitasking that Google has called "freeform mode" in its documentation. 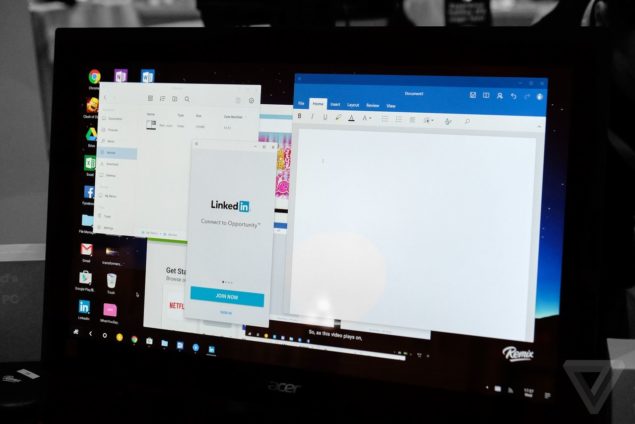 Several references for this experimental freeform mode have been found in both the Android N code and Google's documentation by the folks at Arstechnica.

While split-screen mode is one of the most talked-about Android N features that has been requested by users for a long time now, Google seems to be trying to make up for the delay with an improved multitasking system. The newly released split-screen mode allows a user to run two apps side by side. Users can adjust the width of the apps to their preference. The feature is great, does the job. But, taking things a step further, the experimental freeform mode appears to be a two-dimensional expansion of the current mode, which will allow users to adjust both the width and the height of the apps.

Working similar to a real desktop operating system, this mode would have multiple Android apps on the screen at a time, enclosed in floating windows.

Manufacturers of larger devices can choose to enable freeform mode, in which the user can freely resize each activity. If the manufacturer enables this feature, the device offers freeform mode in addition to split-screen mode.

Previous reports had indicated that Google is trying to focus more on improving the Android operating system for larger devices. As both the Windows and iOS are offering better multitasking support with their tablet screens, Android also seems to be finally stepping up its game. There were also reports that Google will merge Android and Chrome OS to form a Google desktop OS.

The feature has several references in the source code and Android N documentation, but is not an active feature in the operating system. Similar to how Android M preview had mentioned an experimental split-screen mode, but didn't make it to the final release last year, this feature seems to be unexpected for release this year. Even if Google enables support for freeform mode in the future Android N developer previews, there's no telling that it would be part of the final release.

- How to Enable Multi-Window in Marshmallow – Android Tips & Tricks