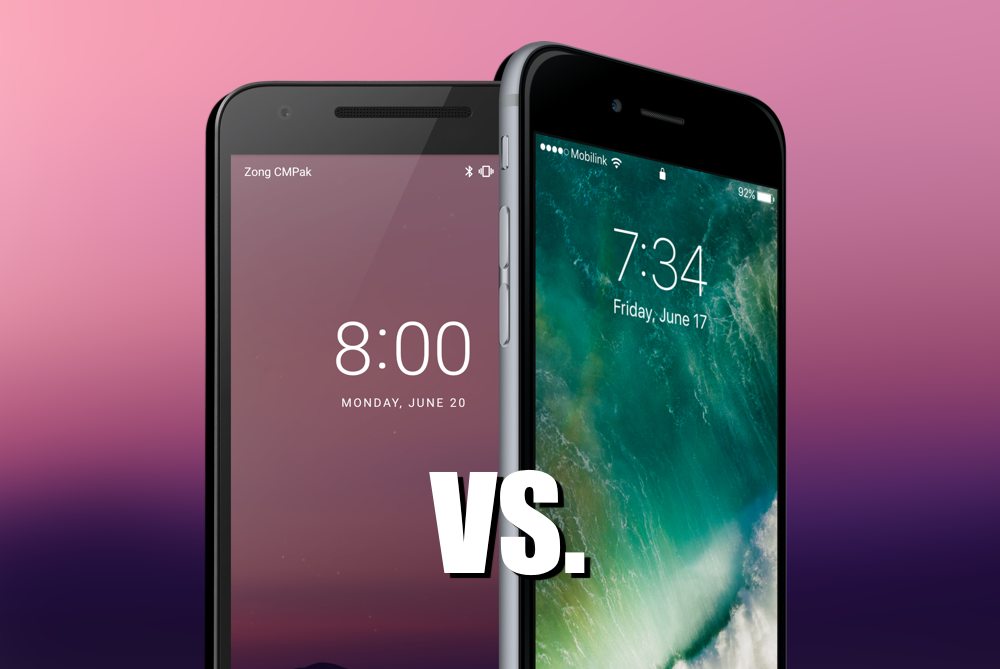 Here's a visual comparison between Apple iOS 10 beta and Google Android N Developer Preview. We will compare corresponding features visually between the two OSes side by side.

Android and iOS are soaring at the top of every chart when it comes to market share. Both operating systems are currently seeing their new upcoming releases in beta as well - iOS 10 and Android N. But the big question on everyone's mind is: how well do these two aforementioned mobile operating system compare to each other visually? Well, we are going to answer that question for our readers by comparing the two releases in a swift side by side, visual manner.

In the comparison below, the screenshot on the left is from iOS 10 beta, while the one on right is from Android N Developer Preview. Please do keep in mind that visual elements can change in the final release. This article simply compares the two operating systems in their current form. Lastly, click on the screenshot for a larger view.

When it comes to features, iOS 10 beta and Android N Developer Preview are unique in their own special way. Both pack in a lot of great features under the hood. For instance, iOS 10 brings to the table several visual and feature refinements, whereas Android N has powerful multitasking features such as multi-window apps support out of the box, even on smartphones.

Android N interestingly passes up on a lot of feature additions and instead focuses a lot on refining what's already there. Overall, Android N feels extremely snappy compared to Android Marshmallow, and this is a developer preview release we're talking about here. We're quite sure Google will throw in more performance polish in the final shipping build.

iOS 10 on the other hand is seeing its first beta build being handed out to developers. With occasional bugs around different corners, iOS 10 still feels snappy. We're quite certain Apple will throw in a lot of visual refinements and performance enhancements into the mix as more beta builds of iOS 10 are released. We will, of course, highlight them out for our readers as they arrive.

Which operating system do you think looks better by today's standards? Do you believe iOS 10 takes the cake or Android N? Share your thoughts and opinions in the comments section below. We will definitely be back with more comparisons like the one above.