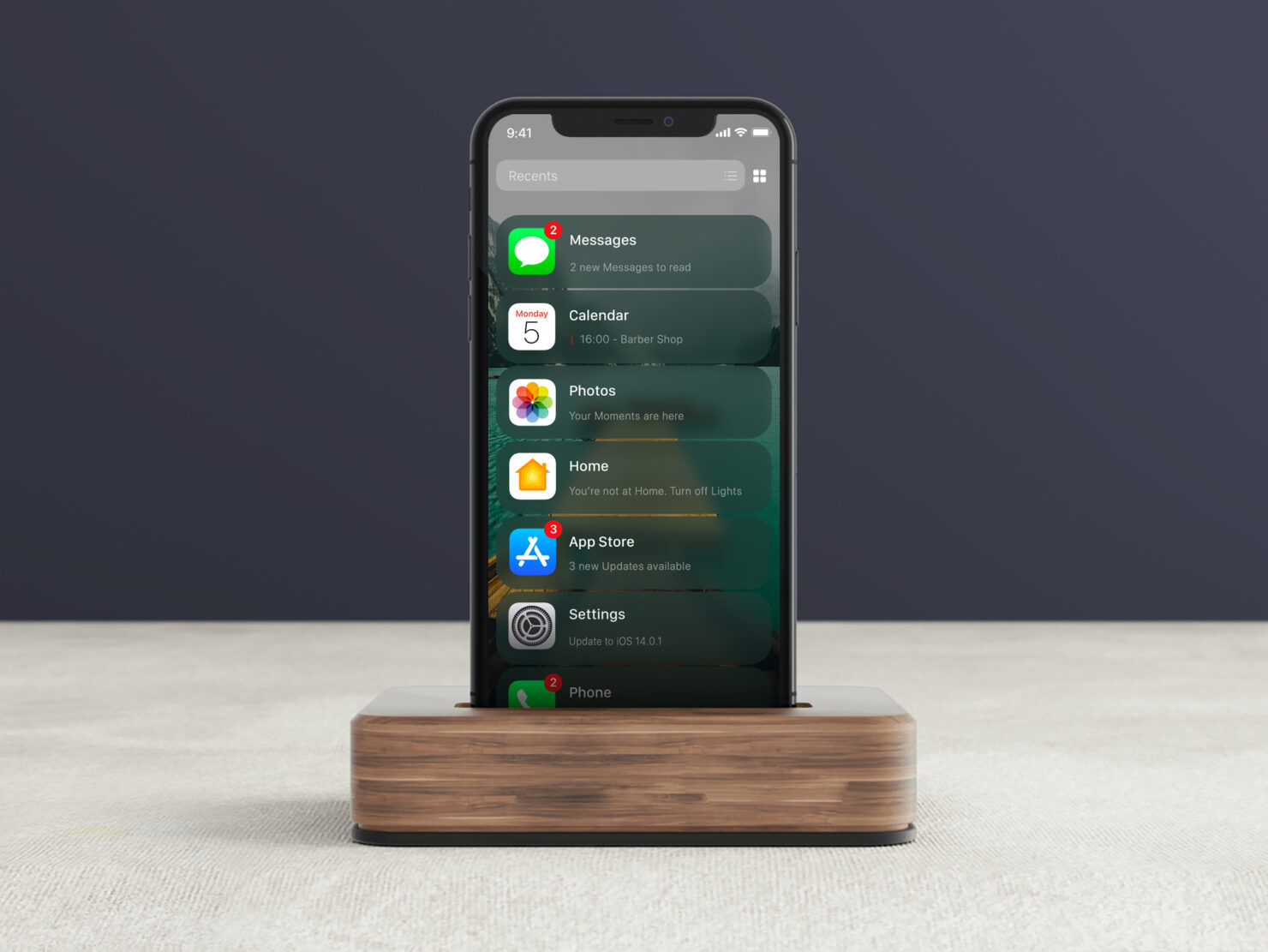 We have previously covered the iOS 14 code leaks which indicated that Apple is working on some changes pertaining to the iPhone home screen. The company might possibly include a new List View with Siri suggestions. The grid view of the iOS home screen has always been like this but Apple could potentially introduce a page with a list view in iOS 14. These iOS 14 mockups show how this can be implemented.

Check Out These Mockups Based on iOS 14 Code Leaks

As mentioned earlier, the grid view has been present for as long as the iPhone itself. The company did tweak it over the years by adding folders, Spotlight search and more. The latest comes in with iPadOS 13 where the widget sidebar was merged with the main home screen. However, take note that the upcoming List View in iOS 14 won't be replacing the Grid View but will be an addition in the form of a new page. Possibly, you would have to swipe across the main Home screen to go to the new page carrying the list of all apps. Check out the mockups below on how it could potentially look like.

The first mockup is from iSpazio.net, which is inspired by the initial leak. It comes with a permanent mode situated at the top of the screen from where users will be able to switch between the two modes. iSpazio also imagines how the company can make each app more useful by providing a description. For instance, the Messages app could have a description like ‘2 new Messages to read’. The features could be enabled through Siri suggestions and notifications API in iOS 14.

Another iOS 14 mockup comes from Parket Ortolani, suggesting what the home screen could potentially have to offer. Users can switch from seeing all apps to segmented apps. For instance, showing the list of apps with notifications, recently used and more. The on-screen Spotlight search can be used to filter apps as well. Furthermore, the mockup also explains how folders can be presented in a list view and how apps can be presented inside it.

There's a lot that iOS 14 has to offer if leaks are anything to go by. iOS 14's internal source code also points at numerous other features and additions. You might also want to check them out in our entire coverage.

Stay tuned for more iOS 14 coverage and let us know how you liked the mockups.