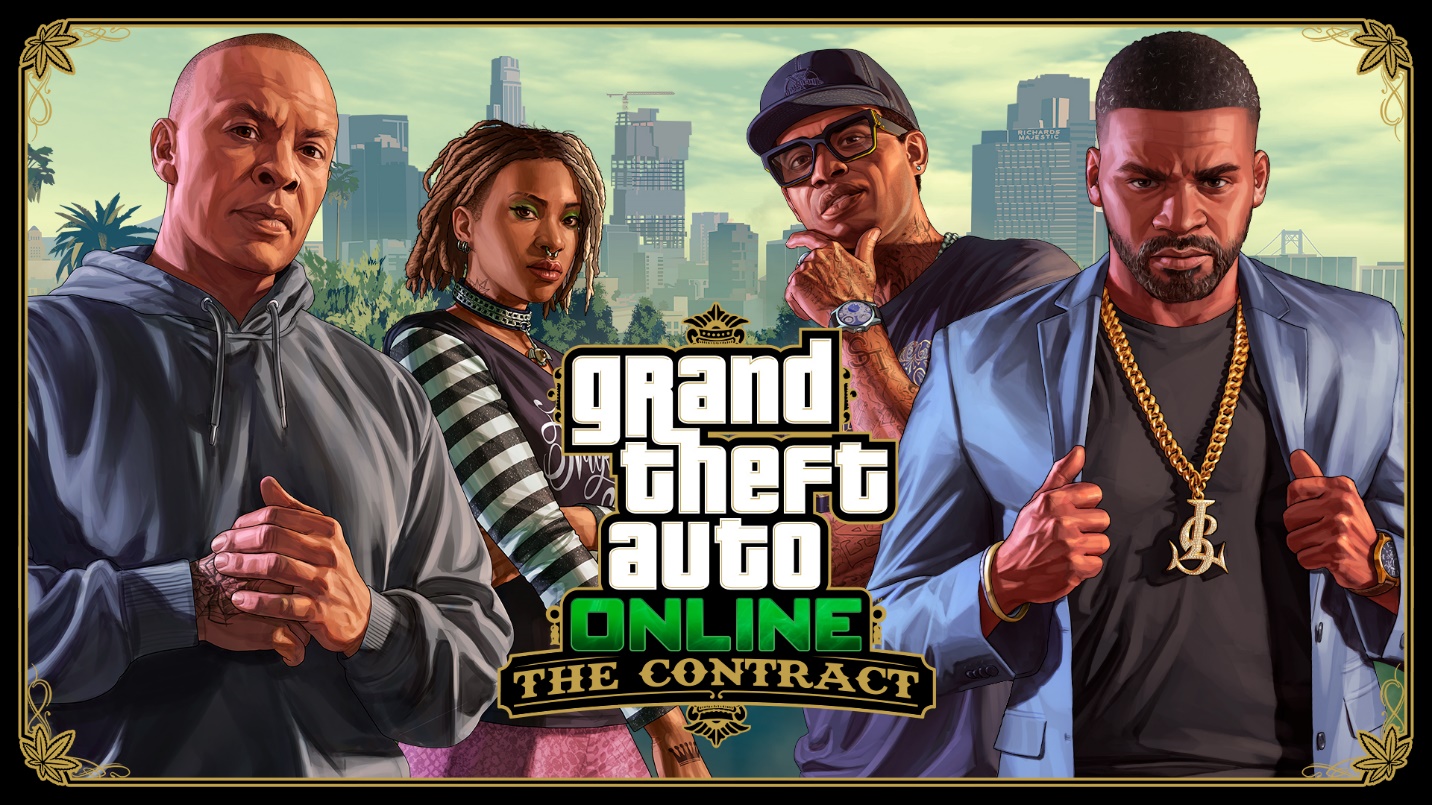 The new story expansion for GTA Online known as The Contract is now available according to the latest announcement by Take-Two Interactive. The expansion is available to all players with a copy of Grand Theft Auto V on PC, PlayStation 4, and Xbox One. The previous two console versions can also be played on PlayStation 5 and Xbox Series systems with backward compatibility.

The Founder of Rockstar Games, Sam Houser, had the following to say:

The Contract is unlike anything we have done before, bridging story, music, and the online world in new ways. Thanks to our long-time collaborator and friend DJ Pooh, we were able to work with some of the biggest legends in hip-hop on this very modern Los Santos adventure as players track down Dr. Dre’s lost music.

The expansion can be played solo or with friends and it's the latest update to GTA Online featuring an all-new adventure set inside in the city of Los Santos as players join forces with Franklin Clinton to build a "Celebrity Solutions" agency that caters to the elite of Vinewood. Their first big break comes by way of a high-profile client - Dr. Dre - whose phone was lost in the shuffle during the events of the Cayo Perico Heist.

Dr. Dre's cellphone houses the artist's latest musical release. Going from the depths of the criminal underworld to the brightest lights of the city’s music scene and everywhere in between, players will do whatever they can to help Franklin and friends recover the missing tracks that make up Dr. Dre’s latest release, all debuting exclusively within GTA Online.