While there’s no concrete information about an exact Pixel 4a launch, our hunch tells us that like the Pixel 3a unveiling, the upcoming model will be announced during the second quarter of 2020. The only difference is that unlike the Pixel 3a being accompanied by its larger brother, the Pixel 3a XL, we shouldn’t expect a Pixel 4a XL launch, at least according to a well-known YouTuber.

Dave2D, a known YouTuber that publishes content related to technology, particularly mobile hardware, has some ‘juice’ related to the Pixel 4a launch. He claims that Google will announce just one model this year from its inexpensive smartphone lineup, and that won’t include the Pixel 4a XL. He claims that the smaller Pixel 3a has had better success than the Pixel 3a XL, even though both models have generated a healthy number of sales for Google. His reasoning is that the Pixel 3a features a smaller price tag than its larger brother, and for that price increase that you gets you in the Pixel 3a XL territory, there’s not a whole lot of value attached to the package.

With the Pixel 4a launch, the device is expected to ship with a slightly bigger 5.81-inch display, up from 5.6 inches belonging to the Pixel 3a. This puts the upcoming model in between the Pixel 3a and Pixel 3a XL in terms of screen sizes, and even that small bump in diagonal measurement should make a great difference to customers when they want an increase in screen real estate. Dave2D might also be right about the Pixel 4a XL not launching this year and we’ll explain why. When the Pixel 4a’s unofficial CAD renders came out, there wasn’t any mention of the larger model, suggesting that perhaps Google might end up releasing just one variant after all. 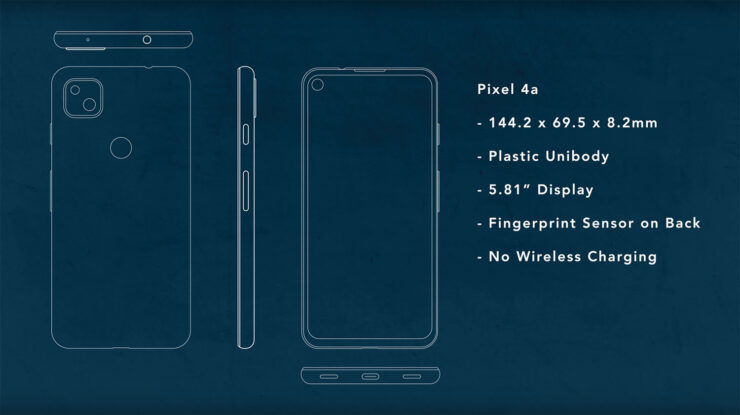 While no hardware specifications were mentioned, the Pixel 4a is expected to feature a punch-hole-style camera at the front, followed by a unibody plastic design, no wireless charging, a 3.5mm audio jack and a single sensor with an LED flash housed inside a squarish rear hump.

There’s no word on the Pixel 4a pricing either, but we’re hoping Google introduces the same $399 tag as it did with the inception of the Pixel 3a. In this way, the Pixel 3a’s starting price will be discounted and customers will see the newer version as a better value proposition.

So what do you think? Is Google doing the right thing by allegedly releasing just the Pixel 4a? Tell us your thoughts down in the comments.