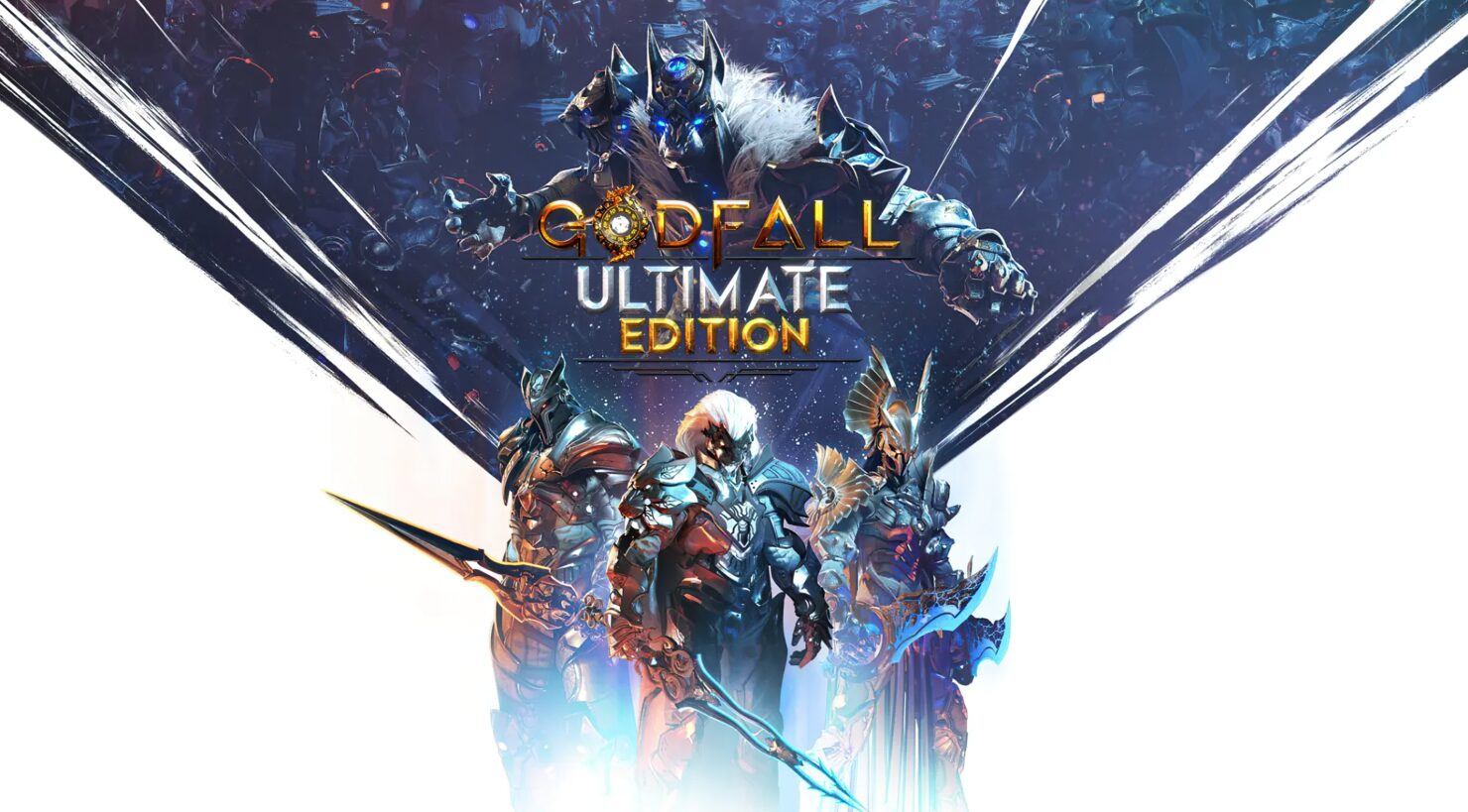 Godfall Ultimate Edition launches today on all previous platforms (PC via Epic Games Store, PlayStation 4, and PlayStation5) and some brand new ones (PC via Steam, Xbox One, and Xbox Series S|X). The release also comes with the free Exalted update that promises to add lots of new content to the game, such as the Tower of Trials and the Spirit Realms modes, not to mention four new unlockable Shards for each of the twelve Valorplates classes.

Looking back at the launch of Godfall, is there anything you think you could have done differently to improve reception?

We continue to be proud of the game we launched in November of 2020. Even after launch, our team continues to surprise and delight with the work they’ve put in to create some fantastic post-launch content.

What is in your opinion the single most important improvement coming with the Exalted update?

That’s sort of a trick question since we really poured everything and the kitchen sink into the Exalted Update, but obviously we’re really excited about Valorplate Shards and the diversity they bring to the gameplay possibilities. Each Valorplate’s playstyle becomes more pronounced and adds even more personality to match their beautiful art style. Seeing your fully unlocked Exalted Valorplates displayed in the Sanctum is one of the most rewarding moments in the entire game.

Can you share more in-depth information about the Tower of Trials and the Spirit Realms modes?

Spirit Realms is our brand new six-player co-op mode that introduces the ability to pivot between the Spirit and material plane. This dramatically changes combat as it requires players to guard against enemies on multiple planes at once. The mode features new ways to explore the realms of Aperion as well as an intense end boss experience. Once players harvest enough Elder Souls to activate the gate, they will be transported to a never before seen part of the map to face a modified version of the lieutenants of Macros. Not only this, but Macros himself makes appearances in the mode when players find Shards of Macros that will activate new dialog and lore nuggets not seen elsewhere in the other modes. Add to this the ability to earn new Augments with double primary traits, and players are definitely going to want to check it out.

How will the new Revive system work?

The new Revive system allows co-op players to revive each other whenever they’re downed. To maintain a challenge in more difficult content, reviving costs Life Stone charges in modes such as Lightbringer, story missions on the Hard difficulty, Volatile Dreamstones, and the Ascended and Exalted Tower of Trials.

Is there new loot apart from triple primary weapons and double primary augments?

Those are two entirely new sets of loot that we think fans will really enjoy getting their hands on. We expect them to give players even more freedom in creating their perfect build. Beyond that, the Exalted Update provides all players increased cosmetic options, all of which are completely earnable in-game. We listened to fans and added more weapon and shield cosmetics, more Valorplate cosmetics, and the visually stunning Ascended and Exalted Valorplates for obtaining and leveling up all four Valorplate shards. In a sense, all 48 shards themselves are also upgradeable items for players to pursue and build around.

Are there any plans for a balancing patch taking care of certain overpowered and/or underpowered items and builds (like Consume)?

The Exalted update contains changes aimed at facilitating a balanced and rewarding combat experience, as well as reducing the need for certain “must-have '' items. This includes tweaks to Ailment consumption. Beyond that, the amount of changes the Exalted Update brings with it across Valorplates, combat mechanics, items and difficulty means the balance meta will change from what you know today. We will continue to monitor this closely to ensure we have a broad range of builds and playstyles that are viable and fun throughout the game.

Some players would like increased customization options, such as mixing and matching individual armor or color-specific armor plates/pieces. Is that a possibility?

For this update, it’s not in the cards. That said, we love that our community has grown to love the look of the Valorplates that our artists have poured their hearts into creating. We hope everyone enjoys the new Ascended and Exalted Valorplates and the added cosmetics coming to Godfall Ultimate Edition.

One of the main complaints when it comes to Godfall is the lack of any built-in social features like text or voice chat. Is there any chance these important features might be added at some point?

Xbox, PlayStation, and Steam have native chat systems that can be brought up using that platform's overlay, enabling Godfall players to send messages or join a voice chat together. For in-game social interactions, we added a Ping system in the free Lightbringer Update that allows players to quickly point each other to key locations, enemies, and items.

The game also has a relatively low frequency of updates. Did you ever consider switching to a proper live service model with cosmetic microtransactions that could allow you to deliver more frequent updates?

No, we very intentionally set out to make a premium game out of the box without a live service model or cosmetic microtransactions. We have continued to support the game with substantial free updates (Primal, Lightbringer, and now Exalted), and the Fire & Darkness expansion. Additionally, we created a low cost point of entry for the game with the Godfall: Challenger Edition that was included on PlayStation Plus and was even the free game of the week on the Epic Games Store. In this way, our updates include the most value possible, so it’s a quality over quantity approach.

Will there be cross-save between the Epic Games Store and Steam?

Saves are not carried between the two different PC libraries, but players on either EGS or Steam can matchmake and play multiplayer together.

What about crossplay between all the various platforms (PC, PlayStation, Xbox)?

Godfall features cross-generational matchmaking, meaning players on PlayStation 4 and 5 can enjoy multiplayer together, as can players on Xbox One and Xbox Series X|S. Likewise, players on both Epic Games Store and Steam can matchmake with each other.

Will Godfall Ultimate Edition support ray tracing on Xbox Series S|X like it does on PC? If not, why?

Ray Tracing is an optional cherry-on-top feature that’s exclusive to the PC version of Godfall for players with high-end systems. For the console versions, we focused on a variety of other features and techniques to draw out the art team’s amazing visuals.

What was your experience with the Xbox Series S|X platform compared to PlayStation 5?

Both systems are technical powerhouses, so we’ve been really excited to play around with both and see how far we can push their limits. With Xbox in particular, we added exclusive visual enhancements such as Dolby Vision and Variable Refresh Rate, for constantly smooth gameplay and more vibrant colors.

AMD unveiled FSR 2.0. Will Godfall support the updated technology any time soon? What about the upcoming Intel XeSS?

These are really compelling technologies and ones we are keeping an eye on, that said we don't currently have plans penciled into the dev timeline. That doesn't completely close the door on possibilities for the future and will be sure to reach out if we have updates to share in the weeks and months ahead.

Do you consider Exalted/Ultimate Edition to be the final form of Godfall? If not, can players look forward to more content in the future, including additional expansions?