Godfall was one of the very first titles that I experienced on the PlayStation 5, being my first review on the console right alongside Bugsnax. At the time, I considered it a slasher with "quality swordplay and subpar swords". Since then, Counterplay Games and Gearbox Publishing have been releasing a steady drip of content into their big-budget action title. With eighteen months of new content and patches under their belts, is Godfall: Ultimate Edition worth getting into if you've been on the fence?

Right off the bat, it's important to note that Godfall: Ultimate Edition marks the end of console exclusivity on PlayStation 5 with the launch on the Xbox family of consoles. At $39.99 (with a limited launch discount at $29.99 for the time being), this release does away with the fuss of multiple price tiers and preorder bonuses, giving players all of the content together in one patch. This means the base game, original preorder bonuses, Fire and Darkness expansion, Lightbringer update, the new Exalted update, and everything else in between. No more having to map out spreadsheets between Standard, Deluxe, and Ascended editions.

Godfall still features a story campaign to march through the various Realms of the world, chipping away at the big bad Macros' lieutenants before having the chance to face him in mortal combat. If the thought of having to play through the campaign again on a new platform doesn't excite you, players can jump all the way up to level 50 and experience the endgame activities straight away. Of course, you'll still have to grind out gear and ascension levels to make your Valorplate of choice the pinnacle it has the potential to become.

One of the more time-consuming mechanics from the original Godfall was the requirement to earn Sigils before being able to challenge the boss controlling each Realm. Now, instead of having to earn and collect Sigils, players can either face off against the boss of that Realm immediately, or a wiser choice would be to clear out their three captains first. Each captain defeated removes a negative bane modifier from that boss fight, so it's up to the player to balance out that risk versus time saved.

Among the other new mechanics were a number of features that had been requested by fans throughout the various patches that are finally available for everyone in the Exalted Update and Ultimate Edition. The developers I played with talked up the new 'Knockdown 2.0' update that allows players to use a recovery skill to quickly get back up after being knocked down. I can attest to the slow recovery times from my original review of Godfall, so anything that helps me get back into the action faster is a plus. Not to mention, players can finally revive one another during co-op if you're feeling generous.

Speaking of co-op, the new Spirit Realms in the Godfall Exalted Update may be where players decide to invest a great deal of their time and that comes with the addition of a six-player co-op from beginning to end. In the simplest terms, players will collect runs to unlock a gate to face off a miniboss in the pursuit of new loot but there are more complex systems at play that make the mode feel rewarding at every level. As players defeat fodder enemies or open up treasure chests, they'll unlock colored souls that correspond with the three primary attributes, Might, Spirit, and Vitality. These souls can be deposited at altars scattered throughout the Spirit Realm to first activate it, then as a sort of additional challenge, additional souls can be invested to overcharge the event based on the majority color deposited. Boosting an event this way increases the challenge and negative banes bestowed on the player but instantly rewards them with additional loot upon completing the event. And when the core gameplay loop is about getting swords and gear with bigger numbers to stay alive longer and deal more damage, I'm relieved to see that Counterplay Games isn't stingy with the loot in Godfall: Ultimate Edition.

Getting back to the Spirit Realms, clearing an event rewards the player with an Elder Soul. These are taken back to a warpgate at the starting point of the Spirit Realms event and collecting three at the gate opens the path to a miniboss, typically one of Macros' lieutenants. Facing them in a battle arena will challenge the player, whether they're going solo or with up to five friends. Once you're successful, you can loop back and continue another run, keeping your boons intact and boosting up enemy levels for greater reward.

Inside the Spirit Realms was a required mechanic to swap around between the Material and Spirit planes at the tap of a button. Occasionally platforms would only be accessible in one plane versus the other, but this was much more prevalent with enemies that could only be damaged in one of the two planes. Expect to have to dance around and continuously plane switch, especially when facing the boss at the end of each loop.

Much of the remaining additions come by way of character enhancements and skill unlocks. Completing challenges or collecting Shards give your Valorplate new cosmetics or even new passive abilities to upgrade. For most players, the content is geared toward the endgame, building a rewarding experience for those that are invested enough in the gameplay of Godfall: Ultimate Edition to keep playing after the downfall of Macros.

While I did play Godfall: Ultimate Edition on PC (Steam) for my updated review, the Xbox Series X version may be the best way to play on consoles. This brand new release on Xbox includes both Dolby Vision on HDR-capable displays as well as Variable Refresh Rate. That doesn't mean that the PC version is a slouch either. On my recently overhauled work machine, I was getting a pretty constant framerate in the high-110's, low 120's at 1440p on an RTX 3070 Ti and Ryzen 7 5800X. Controller compatibility worked much better than when I first tried to cover Godfall on the Epic Games Store but the Steam release was incredibly straightforward and already optimized out of the gate, minus the troublesome quirk of having my PS5 controller only be registered with Xbox controller inputs in-game.

Godfall: Ultimate Edition addresses a number of my shortcomings with the original release by putting a far greater emphasis on the endgame content. Players can find themselves with dozens of hours of content treading through the Lightbringer and Spirit Realms contents and everything else that's come from the past 18 months of additional content. The combat is more robust than ever and players can find getting into the endgame content easier than before. If you were waiting on your chance to finally see what was so appealing to the combat to Godfall, there's no better time than now to pick out your favorite Valorplate and get to work. 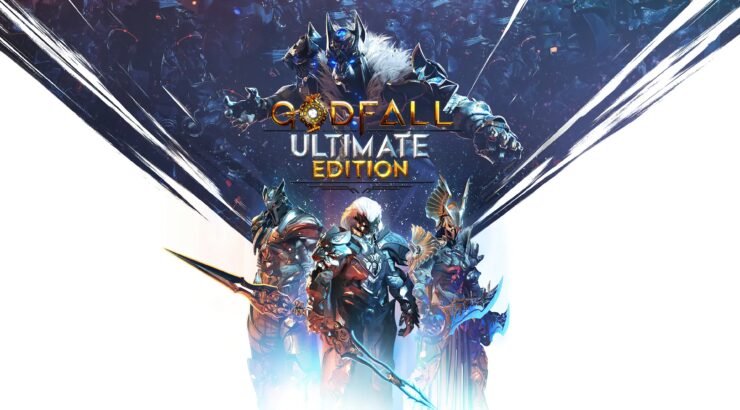 Godfall: Ultimate Edition addresses many of the shortcomings of the original release by bringing in a greater focus on Endgame content and reducing much of the grind it takes to get there. 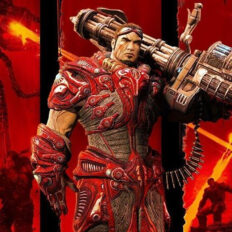