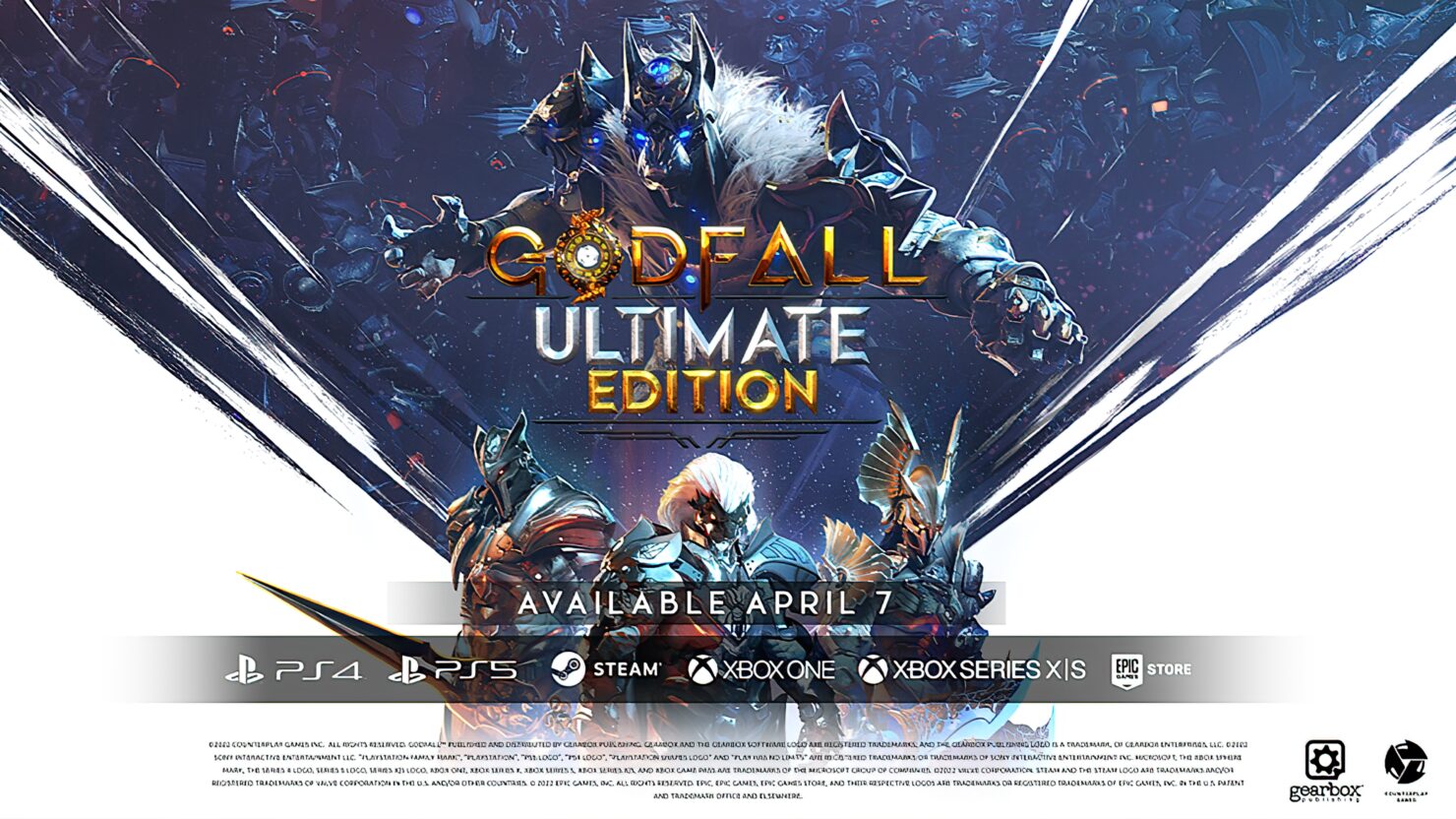 Following the announcement of the Exalted free update, Gearbox and Counterplay Games have revealed today that Godfall: Ultimate Edition will be available on the same day, April 7th. It'll also be the occasion to launch the game on other platforms, such as Xbox consoles and Valve's Steam store on PC. These platforms will enjoy a limited-time discount as well, as Godfall: Ultimate Edition will launch at $29.99 on Xbox and Steam instead of the regular $39.99.

Godfall: Ultimate Edition is the pinnacle of the epic high fantasy adventure we set out to make when developing our ambitious next-gen RPG. Ultimate Edition not only opens the realms of Aperion to Xbox and Steam players, but also contains the recently announced Exalted Update, our latest and largest addition to the game. The combination of several major fan-driven changes and new platform availability truly makes this the absolute best time for anyone to join the fight against Macros.

The Xbox version of Godfall: Ultimate Edition is coming with specific enhancements such as Variable Refresh Rate and Dolby Vision support, both unavailable on PlayStation consoles.

Obtain God-like Armor
Choose from among 12 unique Valorplates, each with diverse powers and collectable Valorplate Shards that can be upgraded as you level up, unlocking Ascendant and Exalted Valorplates. Master all five weapon classes, each with their own play styles and a variety of longswords, polearms, warhammers, greatswords, and dual blades. Once you’ve reached level 50, power up beyond the level cap to obtain new Ascension Powers and bonuses.

Take on the Epic Campaign in Single-Player and Co-op
Adventure across the three elemental realms of Aperion alone or with up to two other players as you battle towards the final confrontation with the twisted fallen knight, Macros. Then take on Moirax and the Flameblood Tribe in the deadly Fire Realm from the Fire & Darkness Expansion. The Exalted Update brings a host of story updates and enhancements making the experience more immersive than ever.

The Tinkerer’s Dream
There is no shortage of awesome loot to obtain in Godfall. Customize and save up to three loadouts for each Valorplate, continue experimenting until you’ve found the ultimate build befitting a god!

An Array of Rewarding Endgame Activities
Matchmake with up to two other players to challenge unique endgame modes such as Dreamstones, Tower of Trials, Lightbringer, and the six-player Spirit Realms. Test your limits against increasingly ferocious enemies in the Ascended or Exalted Tower of Trials, all in the pursuit of legendary gear. Xbox One, Xbox Series S and Xbox Series X players can all jump into endgame matchmaking together.

Major Player-Requested Features
The free Exalted Update, which launches alongside Godfall: Ultimate Edition on April 7, includes a slew of fan-requested features and enhancements. Combat is faster and more fluid with a knockdown recovery skill; inventory management is more streamlined and robust; the story experience has been enhanced, and there are now dozens of new weapons and shield cosmetics to unlock.