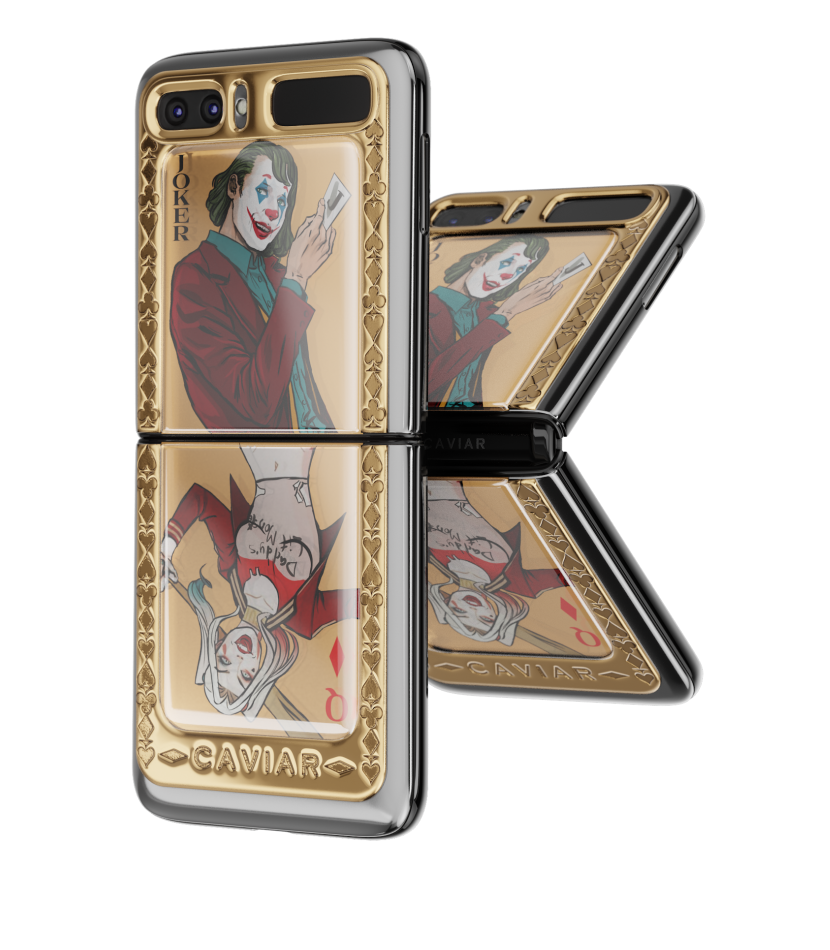 Although Samsung won't officially unveil the Galaxy Z Flip until February 11th, we know pretty much most of what there is to know about the upcoming foldable. It turns out, there's going to be a special edition of the tablet as well. And no, this isn't one of your garden automobile themed options that'll sell for a few dollars extra. This one will be sold by Caviar -a company famous for dressing smartphones with copious amounts of gold and precious stones.

It goes without saying that these vanity devices are produced in limited quantities. Since the Joker is all about a deck of cards, Caviar will produce only 54 units of the tablet. Each unit starts at a (relatively) low price of $5,400. You get a gold-plated back with colorful images of both the Joker and Harley Quinn surrounded by engraving all around in the form of card suits. Unsurprisingly, there are no specifications mentioned on the product page. Caviar is, after all, focused on a device's external pizazz and doesn't bother with what processor powers its innards and whatnot.

Unlike every Caviar device, there doesn't seem to be the option to customize the design on the Galaxy Z Flip. Perhaps that option will open up (heh) once the device is unveiled officially. The listing does, however, verify some of the earlier rumors centered around the Galaxy Z Flip. We now know that it will come with two cameras and a second screen on the back. And no, there is no headphone jack on this one either.

Movie-themed editions of flagships have become are not uncommon. Last year, we saw Samsung collaborate with Disney to launch the Galaxy Note 10+ Star Wars Edition. It is, however, rather interesting to see Caviar get in on the trend, considering that their target audience isn't one that would care about superhero franchises. But, at the end of the day, we live in a society.