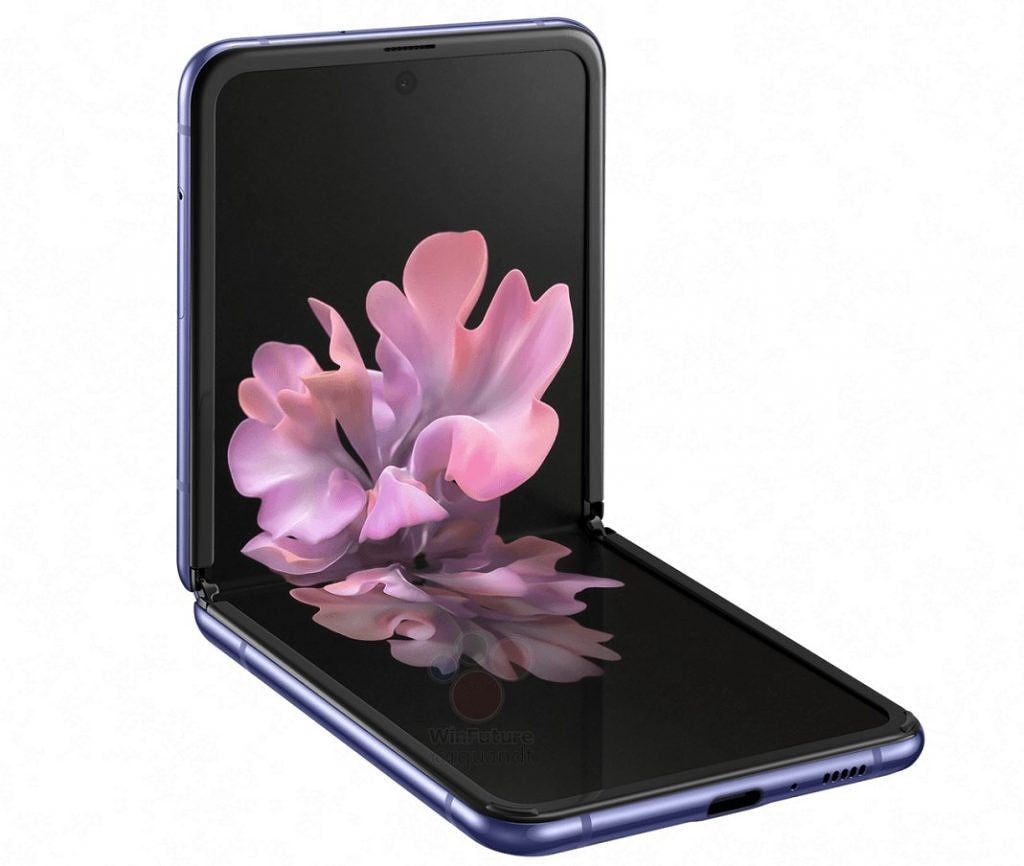 Now that we know pretty much most of what there is to know about the Galaxy S20 series, it's time to shift focus on Samsung's other flagship that'll be released alongside it. Dubbed the Galaxy Z Flip, the device is Samsung's take on the foldable Moto Razr. A few days ago, some details emerged about its specifications. Now, thanks to the German publication WinFuture.de, we get to see the device in all its glory. Oh, and the whole spec sheet has been leaked too.

As the name suggests, the Galaxy Z Flip is, you guessed it, a flip phone. In its opened state, you can see a single hole-punch atop the 6.7-inch Dynamic AMOLED panel. It has a resolution of 2636 x 1080 pixels, supports HDR10+, and is covered by a layer of “Ultra-Thin Glass.” It has a second, smaller 1.06-inch 300 x 116 Super AMOLED display on the other side as well. There isn't much use for it other than displaying information such as battery level, time, and the likes. In these renders, it is difficult to see, but if you pay close attention, you'll find it on the left of the dual-camera modules. Clearly, it is meant to blend in with the back when the device is not switched on. It is a fairly compact device, as you can see in the images below.

Some of the other Galaxy Z Flip specifications include a Snapdragon 855+, 8 GB of RAM, and 256 GB of UFS3.0 storage. There are two 12 MP cameras at the back, one of which is a wide-angle lens. The selfie camera is a 10 MP shooter. Unlike the Galaxy S20 series, this won't support video recording at 8K. Lastly, there is a USB-C port, 15 W charging, wireless charging at 9W, and a 3,300 mAh battery. There's a side-mounted fingerprint scanner too, although we can't see it in these images. Here's the full (alleged) spec-sheet. 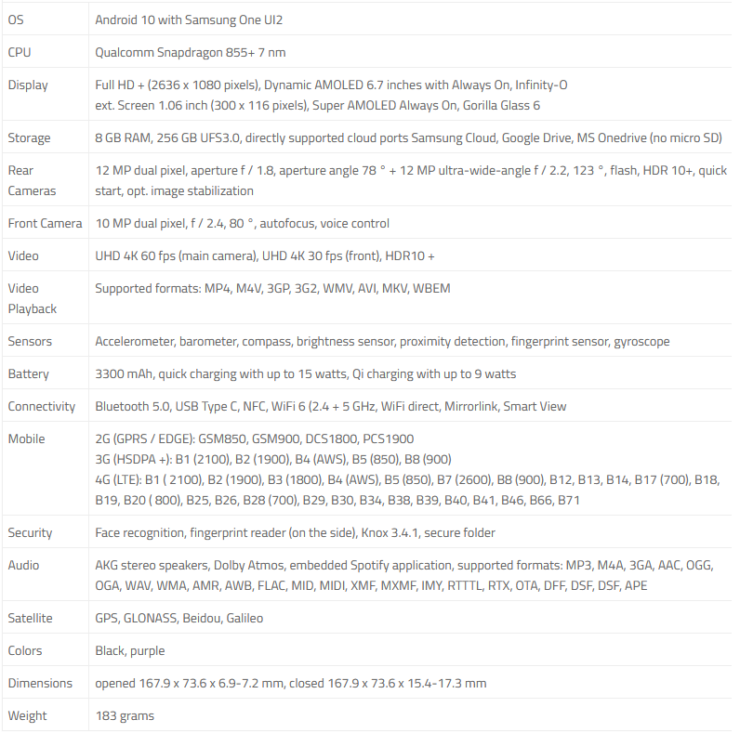 The Galaxy Z Flip looks quite promising, based on its hardware prowess. It'll be interesting to see how it fares in the real world. While a glass screen may help overcome some structural issues, the device is still prone to damage by dust particles and debris. Furthermore, its price is also a topic of debate. An early report said that it'll cost about $1,000, and if that is true, then it has the potential to outsell at least some Galaxy S20 phones. We should know more about the Galaxy Z Flip and Galaxy S20 phones their official launch date of February 11th.