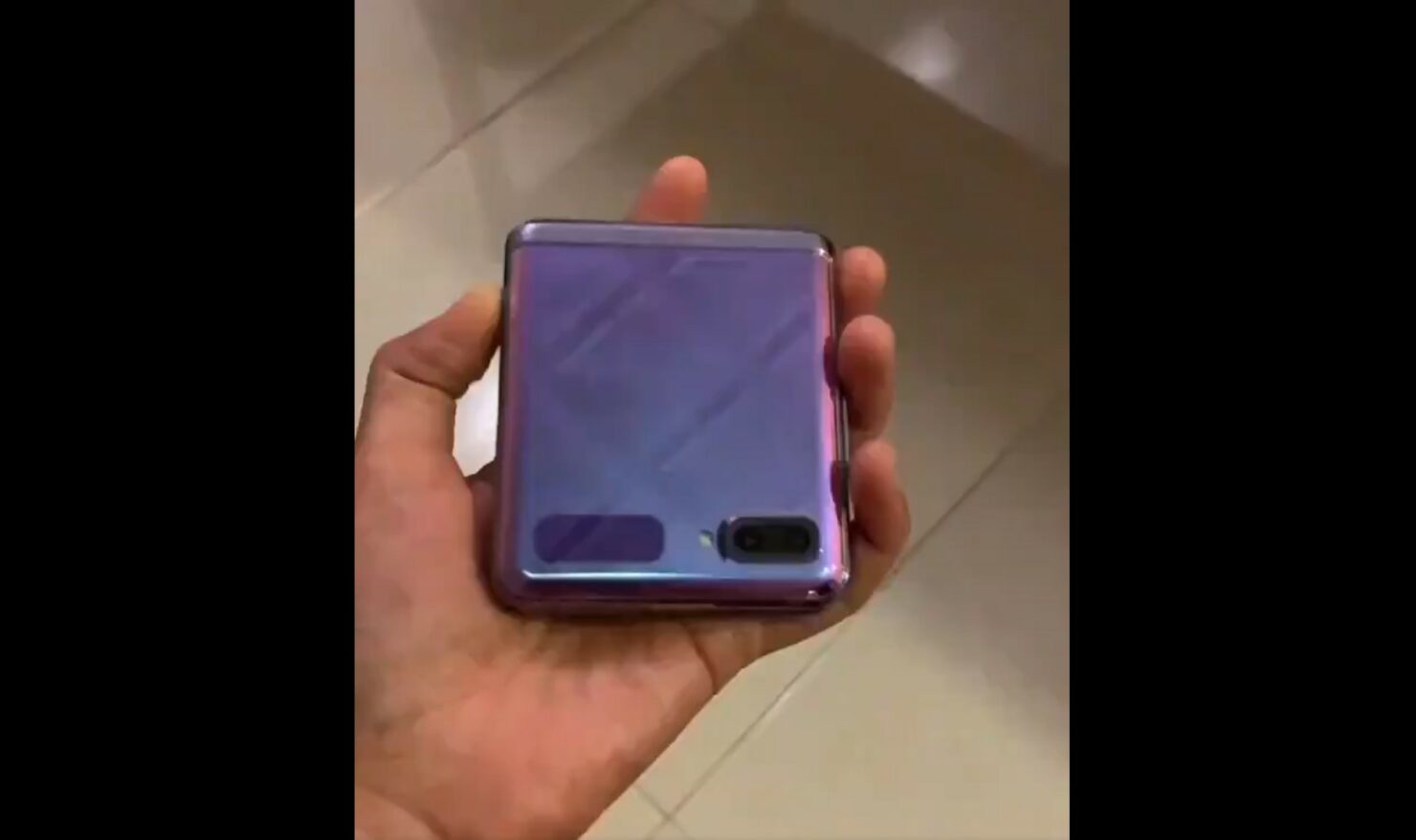 With a little over a week to go before Samsung’s Unpacked event, a Galaxy Z Flip hands-on video has shown up, allegedly showing the company’s newest foldable handset. Bear in mind, this isn’t the direct successor to the Galaxy Fold, but a cheaper model with some obvious compromises.

Ben Geskin, the concept creator of smartphones, has shared a small clip apparently showing the Galaxy Z Flip. When folded, the handset sports a very compact form factor, and it can easily slip in your pocket. Thanks to the massive dimensions of smartphones these days, easily slipping a device in your pocket takes a lot of work, but it looks like Samsung wants to take a different approach here.

When it’s folded, the Galaxy Z Flip hands-on video reveals a dual-camera, which is a step-down from the triple-camera array the Galaxy Fold sports. However, as we mentioned before, the Galaxy Z Flip isn’t a direct successor, but it looks like Samsung is preparing something for the masses in the near future. The outer part of the Galaxy Z Flip possibly shows a 1-inch display revealing important variables such as the date, time, and other notifications.

When it’s unfolded, the Galaxy Z Flip hands-on video shows a design that’s similar to the upcoming Galaxy S20 series, at least from the front. There’s a single punch-hole camera mounted at the top-center, with a display with a taller aspect ratio compared to the traditional 16:9 form factors. While the low-quality clip only shows the design, the hardware specifications is what a lot of people will also be concerned about.

If you’re interested, an earlier leaked specs sheet mentions a Snapdragon 855 Plus, coupled with a 6.7-inch display and a side-mounted fingerprint scanner. A lot of customers might be disappointed that the specs sheet doesn’t have the Snapdragon 865 listed, but that’s most likely reserved for the actual Galaxy Fold successor, which is expected to arrive later this year.

So what did you think of the latest Galaxy Z Flip hands-on video? Does its design encourage you to get one? Let us know down in the comments.