There will be sufficient reasons for customers in picking up the Galaxy S9+. A dual-camera, more RAM, and a bigger battery are definitely the primary choices when you will be picking up a device that is supposedly going to be getting preferential treatment but what about its performance?

From what we know, the Galaxy S9+ will either be armed with a Snapdragon 845 or Exynos 9810, but the benchmarking results reveal that the Snapdragon 845 packs a decent amount of punch. Check out these results and be the judge.

With a Snapdragon 845 apparently running in the Galaxy S9+, the single-core test results are not that impressive but the multi-core test results will put a smile on that face, meaning that having eight cores will bring significant advantage to the roundtable.

You will also be able to notice that this particular phone model has 6GB of RAM, which will become even better for the user when they start getting used to multitasking.

Since the announcement of the Galaxy A8 (2018) and Galaxy A8+ (2018) revealed that Samsung would be giving special treatment to the larger phone, it is evident that the Galaxy S9+ will be featuring exclusive upgrades over its smaller brother. 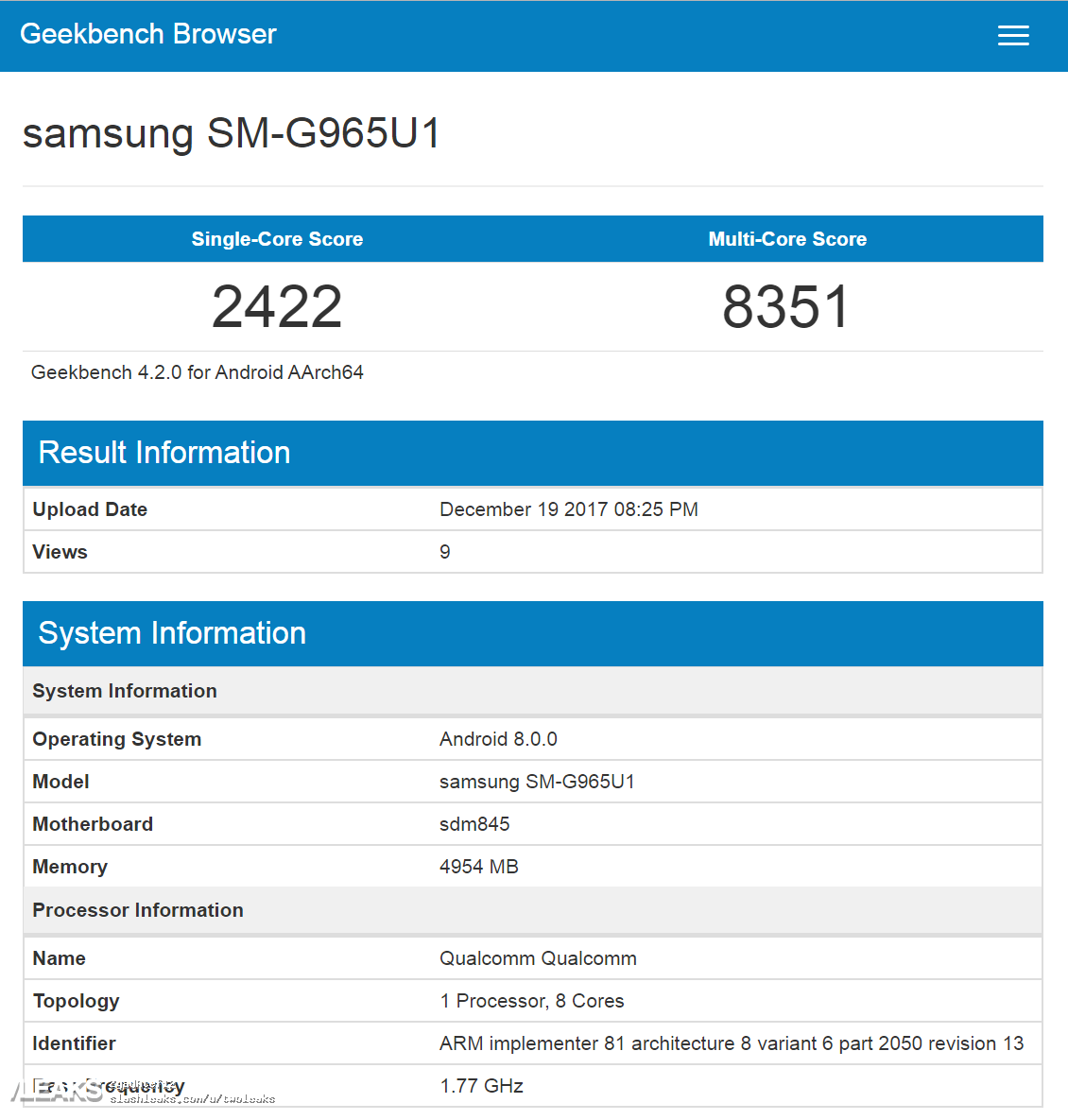 The upcoming phone is expected not just to come in the 6GB RAM version, but also a dual-camera, according to the length of the rumors. The secondary lens might act as a telephoto lens and the bigger screen real estate will also translate into a larger battery capacity. You also might have heard that the Galaxy S9 might get a 3,200mAh battery, so it can potentially mean that the bigger brother gets an even larger cell incorporated inside its premium glass and metal housing.

Samsung’s premium high-end offerings are expected to be unveiled during MWC 2018, with a release date set in March? Will you be picking one up? Tell us down in the comments.