When it comes to Samsung's upcoming launches of the Galaxy S7 and the Galaxy S7 Edge, we have seen almost every detail surface in one form or the other. The processors for the flagships are expected to be Samsung's Exynos 8890 and Qualcomm's Snapdragon 820, with rear camera resolution expected to stand at 12MP. Design details have surfaced in the form of renders and schematics and today, we're finally treated to live images of the Samsung Galaxy S7/S7 Edge. Take a look below to find out more. 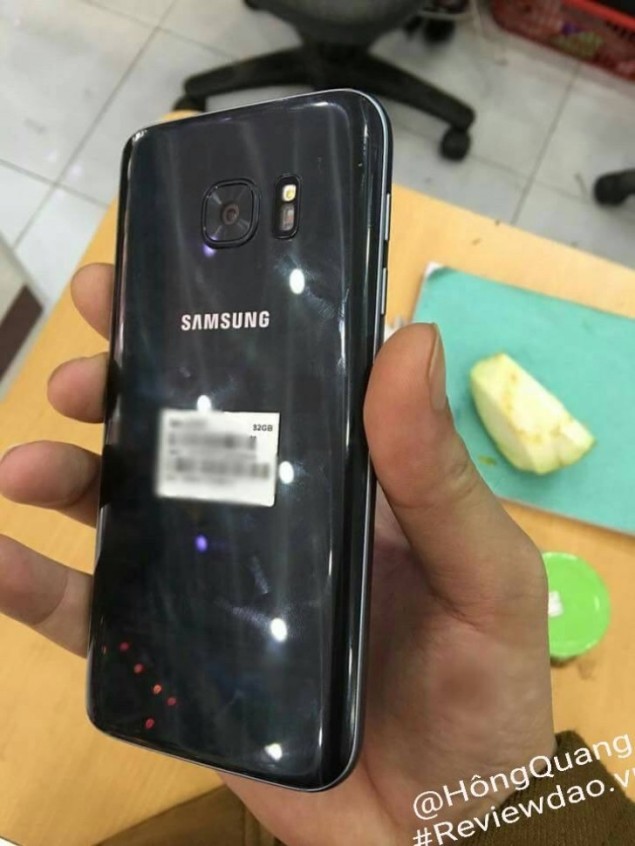 With less than two weeks left until the launch of the flagship devices from Samsung and the steady and consistent patters of leaks taking place, it was only a matter of time until some live images of both the devices surfaced. Starting from the Galaxy S7, we see that the device's design resembles last year's Galaxy S6, apart from the camera sensor at the back.

The camera lens appears to be very different than the one found on the Galaxy S7's predecessor, so all those rumors about a Dual-PD sensor on the device might just bear fruit. In addition, we're also seeing a nice summing up of everything that's surfaced so far by the source. There's mention of both the Exynos 8890 and the Snapdragon 820, internal multimedia changes, Britcell and a metal frame.

It would however be relevant to note at this point that the device in the image above lacks the refined polish of a final product, so we might be seeing a prototype. 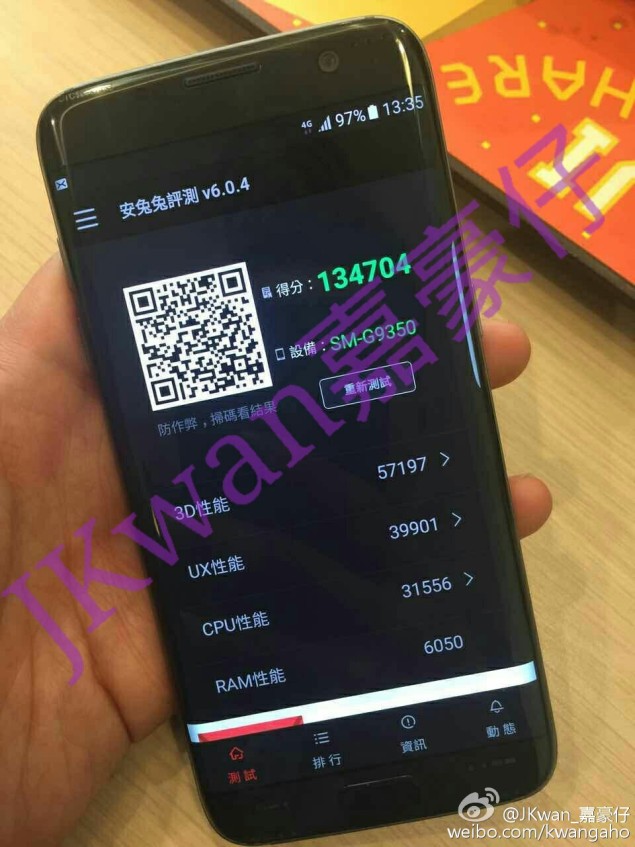 In today's second bit of news, Samsung's Galaxy S7 Edge has also surfaced in an image today, which gives us a lot more to work with. While the overall composure of the device stays the same, Samsung's made small changes if the image above turns out to be authentic as well. Starting from the top of the device we see that we see the placement of the various assortment of sensors changed.

The bottom of the device on the other hands appear to have what we'd guess as front facing speakers. Samsung's been rumored to be working towards the multimedia capabilities of its flagship smartphones so this change sounds very plausible indeed. Apart from these, just like the Galaxy S7, the Galaxy S7 Edge also does not change much from its predecessor in overall design form; something which wasn't needed either if you ask us.

There's also an Antutu score of 134704, which is in the ballpark of what's been reported for both the Exynos 8890 and the Snapdragon 820. That being said, both the devices from Samsung will be with us in less than two weeks, so things should settle soon once and for all. We'll keep you updated in the meanwhile.