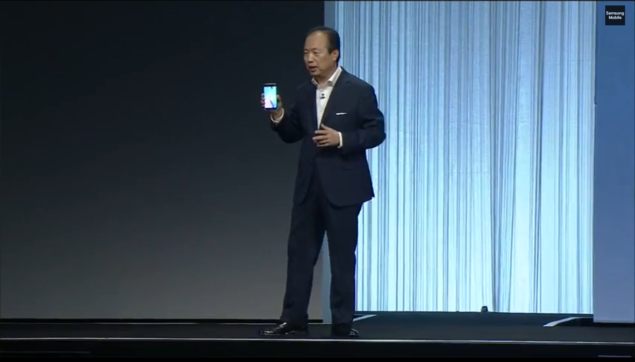 Looks like all the rumors surrounding Qualcomm and Samsung choosing to part ways on the processor of the Korean giant's flagship launch have been true. Samsung has launched both the devices with its own in-house Exynos 7420 Octa. The Exynos 7420 ends up giving the Galaxy S6 and S6 Edge a significant boost in power efficiency as well as a performance boost. It features four Cortex A53 and four Cortex A57 cores in an octa-core design, Samsung's SoC is one of the mobile industry's leading chipsets in terms of performance right now. The processors on the Galaxy S6 and S6 Edge are now 20% faster and 35% more efficient when compared to the Galaxy Note 4. Samsung's also gone and upgraded the RAM on the Galaxy S6 with DDR4, which, according to the Korean manfuacturer gives the S6 and the S6 Edge 80% boost in RAM performance when compared to DDR3. 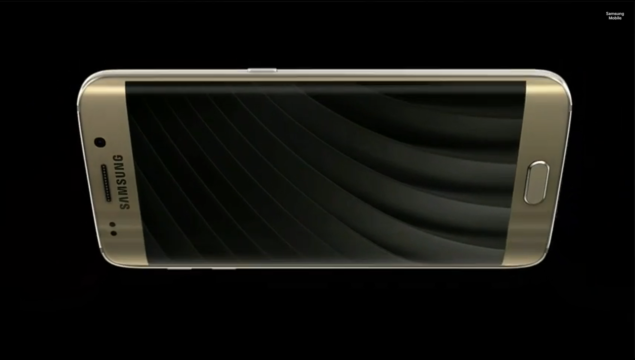 Coming towards the design on today's Samsung launches, several changes have made it on board the Galaxy S6 in terms of design. Both the S6 and the S6 Edge have shifted to metal as the material of choice, finally lending Samsung's flagship smartphones that high-end look and feel. The rear of the devices is manufactured out of glass, to assist with wireless charging. How well that glass resists to drop tests, we'll tell you later on. But Samsung's claiming that its materials on the device will stand the test of tough usage with the metal on the Galaxy S6 being 50% stronger than any other device in the market today. In fact, the Korean giant assures us that the device will not bend. 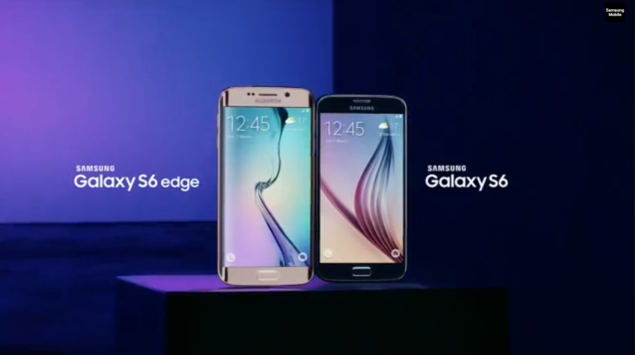 The curved screen on the Galaxy S6 Edge does however integrate rather seamlessly with the metal sides. You'll also be able to use the curved screen for a variety of features. These include color assignment of 5 contact with a specific color, that will cause the Edged screen to glow, and therefore let you know who's calling. Screen size also has remained the same from the Galaxy S5, with both the flagships measuring 5.1 inches diagonal. Samsung's made several design changes when it comes to functionality on the Galaxy S6 duo. The bottom of the phones now features a headphone jack and usb connector port, with the volume bar on the S5 being replaces by two separate buttons. 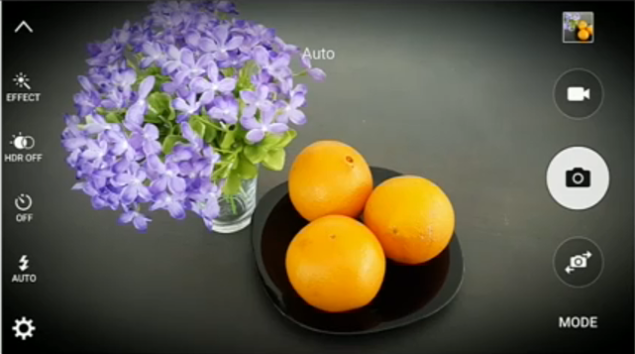 Camera resolution for both the devices launched today stands in contrast to rumors with a resolution of the rear camera being 16 MP with aperture width f/1.9. The manufacturer of the camera lens remains unknown so far. In addition, the Camera for the Galaxy S6 now has better, improved controls to let you choose your method of shooting and supports everyday and professional shooting both. The Galaxy S6 and the S6 Edge will be available with storage options of 32, 64 and 128 GB respectively. Samsung's decided to do away with the microSD extension slot this time around on the devices, which might come as a disappointment to some long time company users. Screen resolution for both the devices is Quad HD Super Amoled with a Pixel density of 576 ppi. The Galaxy S6 has 77% more pixels when compared to the S5, according to Samsung.

Another feature that has caused some stirring among long time Samsung fans is the rumored non-removable battery on the Galaxy S6 and the Galaxy S6 Edge. But that doesn't mean Samsung hasn't focused on the Galaxy S6's battery. The GS6, according to the manufacturer will take only 10mins for a 4 hour charge. And in direct comparison to Apple, the Korean giant claims that the Galaxy S6 will charge in half the time to 100% when compared to the iPhone 6. Wireless charging seems to have made it on board, making Samsung's flagships one of the first to come with it. Fingerprint identification has also been greatly simplified, making unlocking your phone as easy as simply tapping on the home button.

Oh and Samsung's also launched Samsung Pay, the mobile payment system that the Korean giant has been rumored to be working on for a long time. Samsung pay will let you authorize payments through fingerprint and has a variety of partners on board, including MasterCard, Visa, Bank Of America and others. That finishes up our coverage of the Galaxy S6 and S6 Edge launch by Samsung today. Being rightly dubbed as one of the most anticipated Android launches in recent times, today's launch tells us a lot about Samsung's philosophy shift in its devices.

The shift to metal seems permanent for now, and the Edged screen also seems to be a good choice by the Korean manufacturer. While there have been little drastic design changes aside from these, the main selling point of today's launches can be expected to be their performance, particularly the Exynos 7420's 14nm debut on mobile devices. Impressed? Could Samsung have done more? Let us know what you think in the comments section. And also take a look at the HTC One M9, launched just a couple of hours back.The Galaxy S6 and the S6 Edge will be available starting next month, from April 10th in 20 countries.