Given the highly advanced nature of the smartphone industry, there's no shortage of options and variations that users can pick from. For the Android world, 2015 proved to be an interesting year when it comes to device hardware. Qualcomm's Snapdragon 810's overheating issues caused significant problems for a variety of manufacturers out there, with major ones choosing to jump ship from the processors. One company that chose to stick with the Snapdragon was HTC and unfortunately this led to quite a lot of problems for the Taiwanese manufacturer. But things move fast in today's technological world and looks like HTC's ready to make a good comeback in 2016.

While the HTC One M9 managed to stay out of the limelight in 2015 due to the device's overheating issues, that doesn't mean that HTC's out of business. The company's rivals might have been pleased to see its share prices drop significantly over the course of 2015, as HTC chose to place all of its bets on some rather limited horses (or just 'One').

2016 should mark a fresh start for the company and its loyal fanbase. Manufacturers after all have started to build their own markets and customer segments based on individual device preferences and HTC's also known for some good features too. Now the birds have started chirping about the next device in the company's 'One' flagship smartphone lineup and if you're looking for a powerhouse, then you won't be disappointed, regardless of your region. 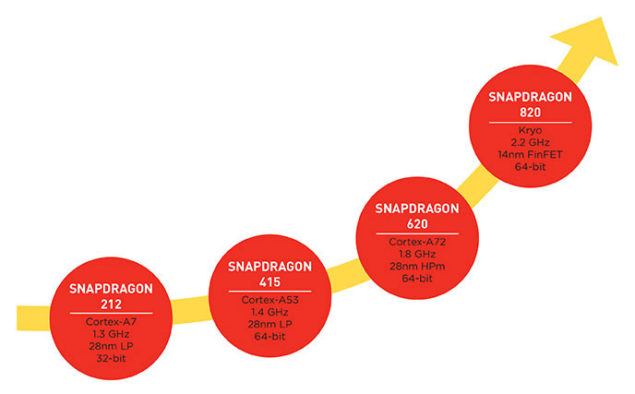 According to sources, the HTC One M10 will be coming with two processor variants on board this year, with the two processors being Qualcomm's Snapdragon 820 and MediaTek's Helio X20. Both of them come with their own distinct features and specifications which should once again, cater to quite a broad array of tastes. On one hand we have the Snapdragon 820, with its custom cores which mark Qualcomm's return to Krait, after some poor results last year.

The Helio X20 on the other hand is one of the very few processors out there with a deca-core design, which means that you won't ever run out of processing power on your One M10. Users in the United States and Europe will be getting their hands on the Snapdragon 820 variant of the smartphone, which should come offering Qualcomm's own improvements this year, which include a much more closely integrated design. We'll be on the lookout for more information on the HTC One M10. Till then, stay tuned and let us know what you think in the comments section below.