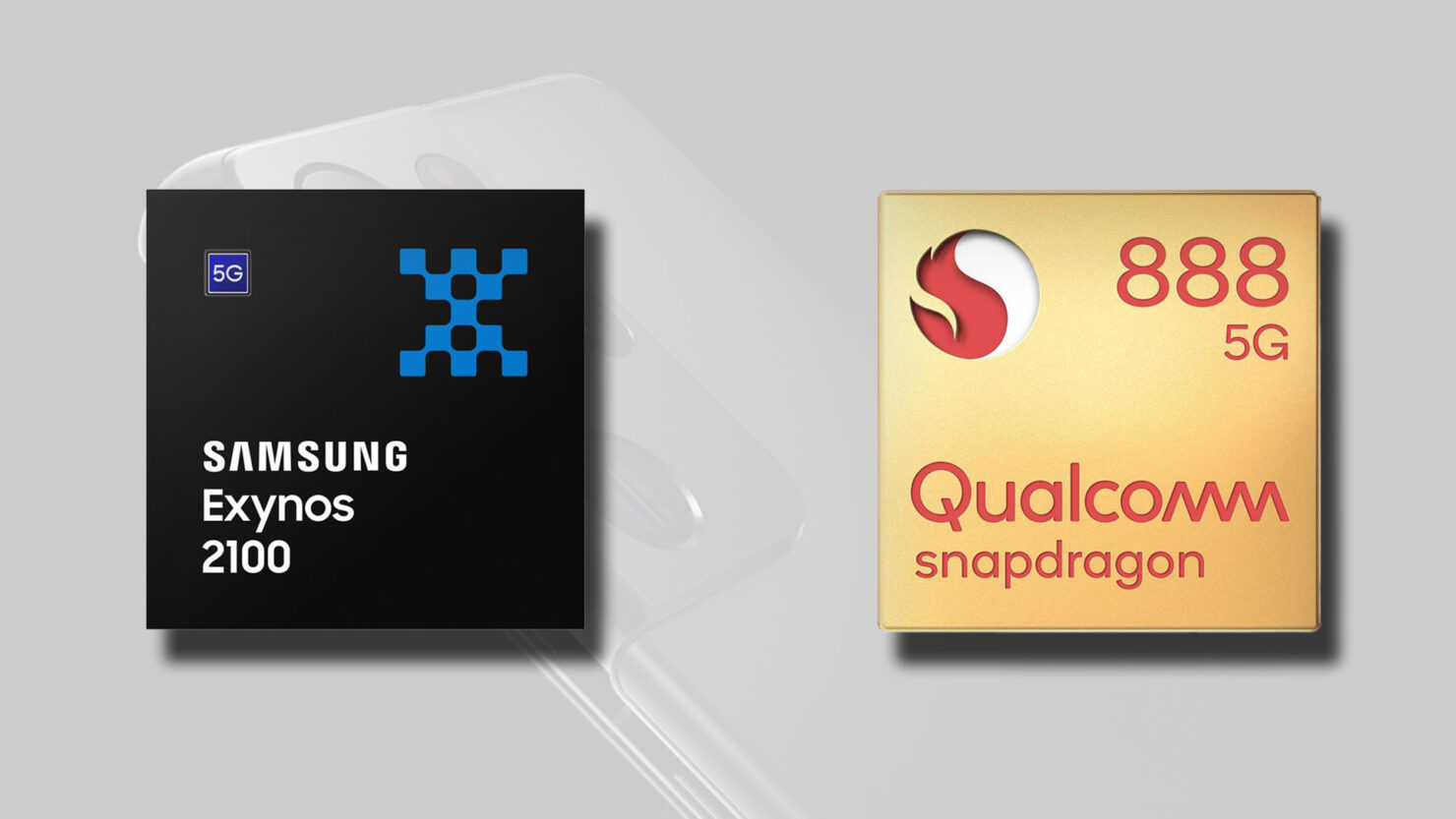 Samsung likely wants to show its loyal customer base that its Exynos 2100 running in the Galaxy S21 Ultra isn’t a hot mess like the case was with the Exynos 990. To see how well the SoC fares, two Galaxy S21 Ultra variants are pitted against one another, and you guessed it; the second model sports Qualcomm’s Snapdragon 888. Which version will reach the end of the finish line in this fresh speed test? Read on more to find out.

Exynos 2100 Easily Holds Its Own Against the Snapdragon 888, That Is Until the GPU Tests Start

A new speed test was conducted by SpeedTest G, showing how the Exynos 2100 and Snapdragon 888 variants of the Galaxy S21 Ultra perform. We’ve heard from many tipsters that Samsung’s flagship chipset is miles ahead of its predecessor, and it also delivers some insane levels of performance to match Qualcomm’s latest and greatest SoC. Well, that was the case during the start of the test, but as the speed test progressed, the cracks in the Exynos 2100’s armor started to show.

Though the Exynos 2100 marginally beats the Snapdragon 888 in the CPU test, it’s slower in the ‘mixed’ test, as that stresses the GPU slightly. The Achilles Heel for Samsung’s premium silicon is clearly the GPU, as shown in the results below. The Adreno 660 GPU belonging to the Snapdragon 888 does short work of the 14-core Mali-G78 GPU. This means that when AMD and Samsung release their collaborative graphics processor for smartphones in the future, it might have the edge over Qualcomm’s offerings. 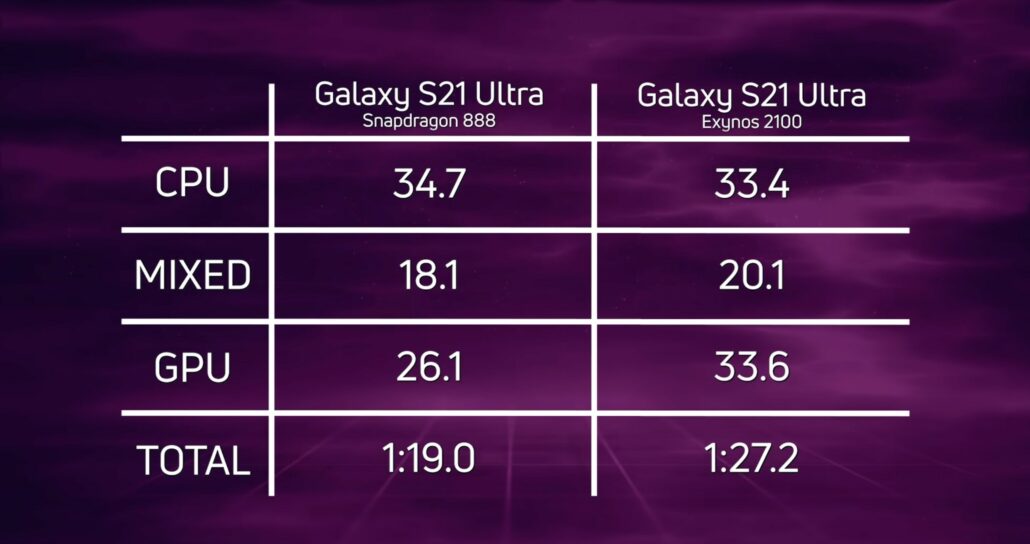 For now, victory goes to the San Diego chipset manufacturer. For all those who were rooting for the Exynos 2100 and expected it to outperform the Snapdragon 888, there’s still a positive outcome in all of this. Looking at the amount of flak Samsung received its Exynos 990, the Exynos 2100 is a remarkable improvement. Both chipsets that participated in the test feature the same CPU cluster configuration, and the Exynos version displaying better results could showcase Samsung’s prowess in the chipmaking division.

If you wish to take a look at the complete test, the video is given below. Also, let us know your thoughts down in the comments on the results.