Samsung Exynos 2100 Is Official – 5nm Tri-Cluster SoC With CPU Clock Speed up to 2.90GHz, up to 40% Performance Improvement & More 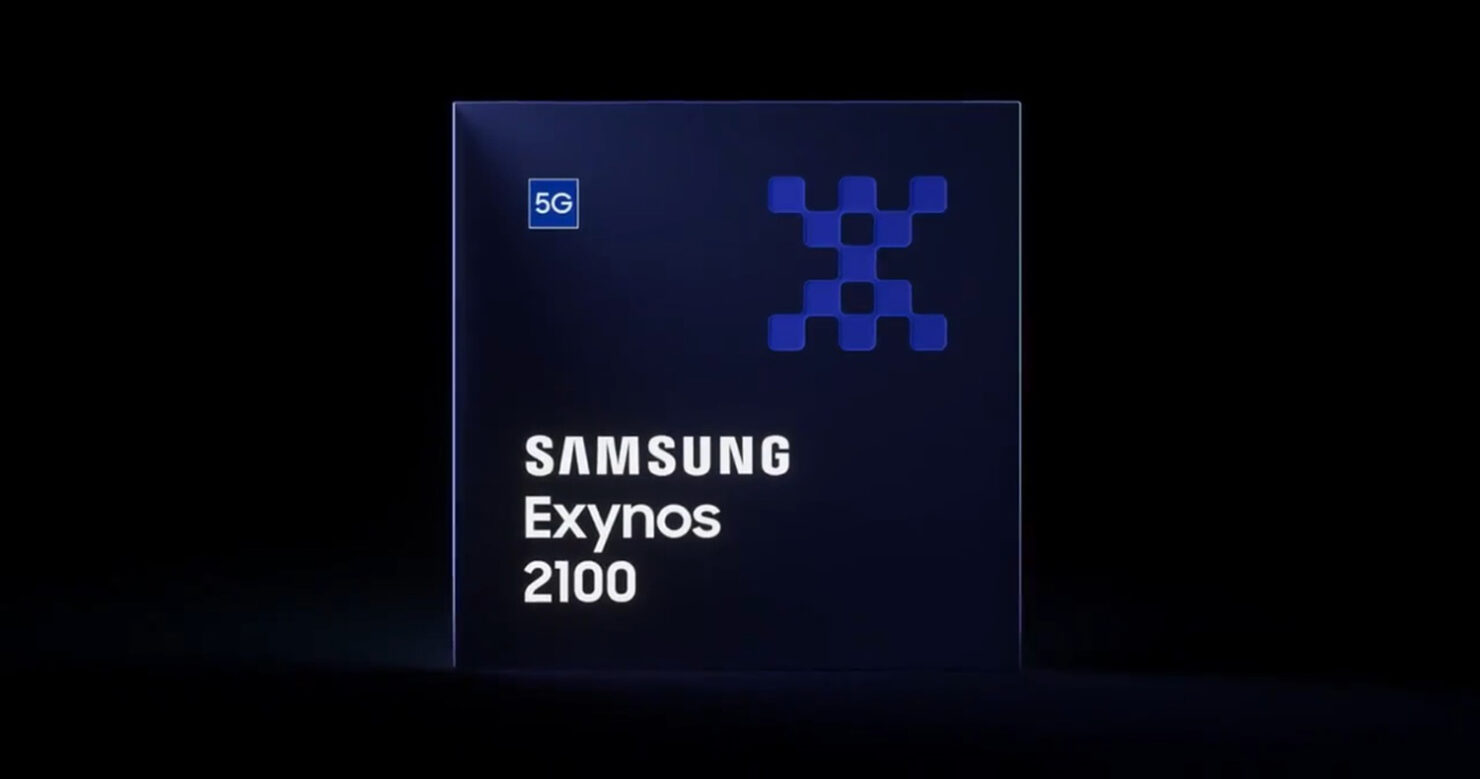 After months of waiting, Samsung has finally unveiled the Exynos 2100, its 5nm flagship SoC that will not just be compared with Qualcomm’s Snapdragon 888 but also be found in the upcoming Galaxy S21 series. However, before Samsung’s executives take center stage to announce the new members of its smartphone family on January 14, here are the important details of the newly announced SoC.

The 5nm EUV node is said to improve power efficiency by 20 percent compared to the 7nm architecture and reduce AI computation power consumption by half. The new Exynos 2100 features a tri-cluster CPU configuration, similar to the Snapdragon 888.

Before we get to the specifics, we also want to point out that the newest silicon sports an integrated 5G modem that supports both mmWave and sub-6GHz networks. The integrated package allows it to be efficient when it comes to space conservation. As for the CPU configuration mentioned earlier, below are different cores and their clock speeds.

Though the clock speeds of the individual cores aren’t specified, it does mention that the highest frequency is 2.90GHz, which we’re assuming belongs to the Cortex-X1 core. While this all seems very impressive, what does it mean for the performance end? According to Samsung, the multi-core performance of the Exynos 2100 has improved by more than 30 percent compared to the previous chipset, which in this case, is the Exynos 990.

More details state the Exynos 2100’s ARM Mali-G78 GPU delivers up to a 40 percent graphics improvement. These significant gains mean the new silicon is reliable enough to immerse the user in mixed-reality, augmented reality, and virtual reality applications, but that’s only if there’s supported programs to take advantage of all this performance. Samsung also claims that the AI capabilities of the Exynos 2100 have improved greatly, as it can tackle up to 26 trillion operations per second.

As for the camera, the Exynos 2100’s ISP can process up to a single 200MP image at once. It can also merge up to six images for improved quality and supports up to a quadruple sensor array. While these are all the details, for now, we’ll see just how big of a performance and efficiency bump the new chipset brings to the table when it powers the Galaxy S21 series, along with future premium models, so stay tuned.