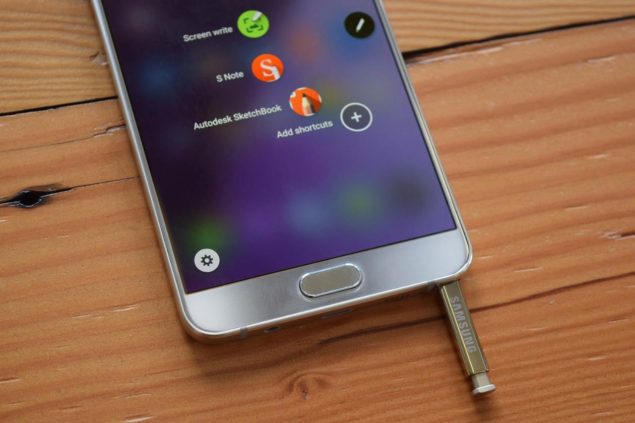 Galaxy Note 7 has its front side leaked, and there are several things that have been taken from Galaxy S7 and S7 edge and incorporated them into the upcoming phablet. It’s always great to see an amalgamation of features present in a single smartphone, because if you’re paying top dollar and you don’t see a plethora of features, then it shows that manufacturers aren’t putting in the much needed effort.

Known leakster OnLeaks has posted a picture of the upcoming phablet, which clearly shows that a dual-curved edge screen is going to be present. Users will be able to open up several applications on the fly without completing a few steps in order to get into get into the app drawer of the device, thus saving a lot of time in the process. Just like Galaxy S7 and Galaxy S7 edge, the ‘always on’ display feature is going to be present in Galaxy Note 7, and we are confident that if you stumble upon in the settings of the phone, you can choose which notifications to appear on the display, as well as the time and date. 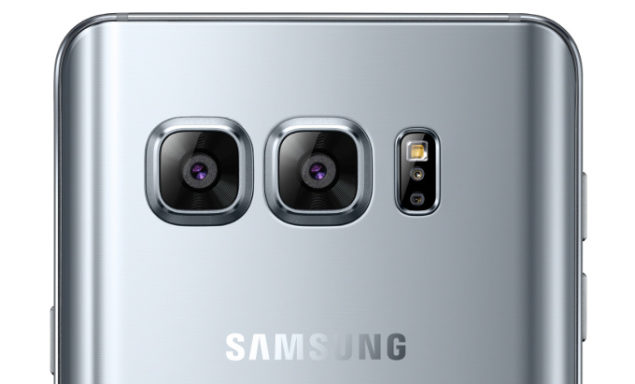 To top this, Galaxy Note 7 has also been reported to feature a massive 5.7-inch screen (there could be another variant) and IP68 certification, meaning that the smartphone is going to be waterproof till a certain depth. Additionally, the upcoming handset is expected to feature 4GB of LPDDR4 RAM; this will be the same amount of RAM present in Galaxy Note 5.

To be honest adding more RAM is pointless at this time, since it will consume more battery life. Samsung must probably be thinking that instead of adding more RAM, why not tweak the UI to be less exerting on the hardware, since that’s a far better approach than what OnePlus did with its flagship.