According to leaked reports earlier, it was apparent that there will be two Samsung Galaxy Note 4 variants: one powered by a Snapdragon and another by a new Exynos chip. Samsung has teased this new Exynos that may debut with the upcoming phablet. This next-gen Exynos chip will be used in the international and Europe variant of Note 4 according to reports. 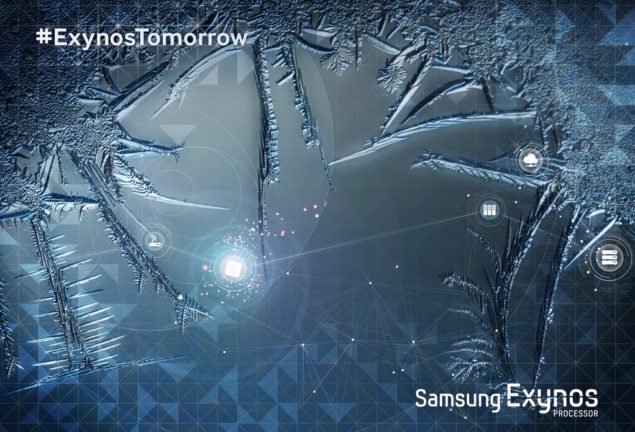 This is not the first time that Samsung is announcing a new chip before the phone is unveiled. Previously, Samsung announced its Exynos 5410 octa-core chip a few months before the Samsung Galaxy S4 was officially released. While the chipset specs haven't yet been revealed, leaked information suggests that the octa-core Exynos 5433 will feature an Intel XMM7260 Cat. 6 modem for LTE connectivity along with an upgraded Mali GPU.

Samsung Galaxy Note 4 variants will still include a Snapdragon for some regions. The upcoming Exynos 5433, with four Cortex-A15 and four Cortex-A7 cores, is expected to be the primary chip for the international market as it now has the LTE connectivity enabling faster internet.

Samsung Galaxy Note 4 is expected to be launched with an AMOLED screen, 16MP camera with Samsung's in-house ISOCELL and fitness and fingerprint sensors that were introduced with Samsung Galaxy S5. The upcoming Note 4 is rumored to be offered in all the colors of GS5 with a similar perforated look but metallic finish.