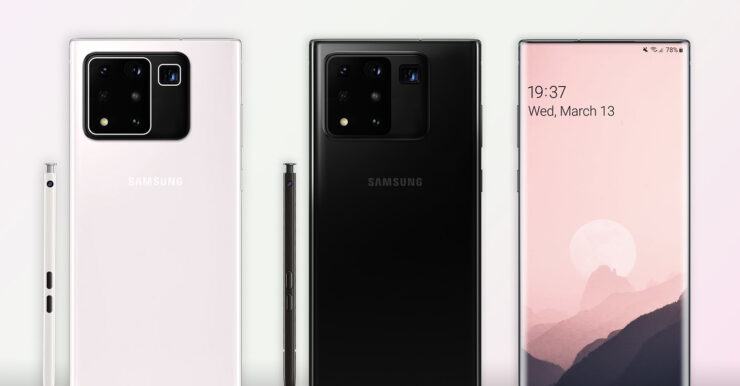 At this point, the Galaxy Note 20 devices are anything but a mystery now. We know that the official announcement is happening in August, but that does not stop the leaks from happening. We have had so many leaks in the past confirming a lot of different aspects of the device. However, the latest leak more than confirms the design of the Galaxy Note 20 Plus, and I have to tell you, it is going to look a lot like the Galaxy S20 Plus, only boxier.

The leak is coming from Ice Universe, and they have been pretty convincing. The leaker posted the case photos on their Weibo account, which has confirmed almost all the designed rumours that surrounded the Galaxy Note 20 Plus.

Now, the important thing that you have to note here is that the Note 20 Plus looks a lot like a boxer version of the Galaxy S20 Plus. But that should not come as a surprise since that is one of the main factors that distinguish the design of both series. Anyway, we will not take more of your time. You can check the case pictures below.

The camera array looks familiar, doesn't it? Well, that's because we are getting three sensors along with a ToF sensor and an LED flash. The specs would be better than the previous phones, for sure. What's more? Well, the bottom reveals the cutouts for the microphone, S-Pen, USB Type-C and loudspeaker. The major change on the bottom is that the S-Pen is now on the left side rather than the right side. Sadly, there is no headphone jack, but at this time, we are slowly easing into its demise.

Needless to say, if you were expecting a different design language for the Galaxy Note 20 Plus, or even the standard one, it is not happening. However, given how Samsung has nearly perfected the design, we doubt there were any changes required, in the first place.