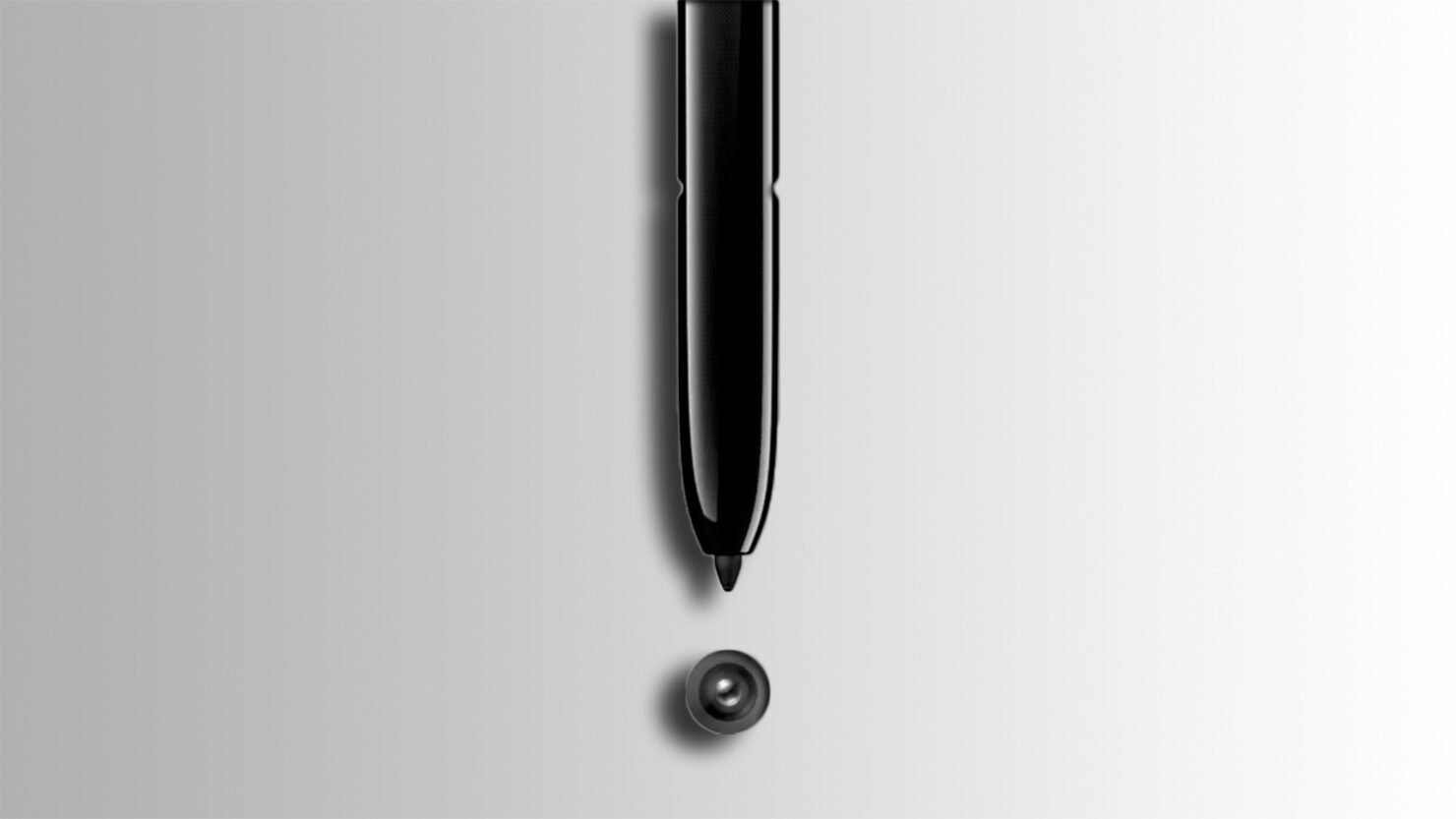 Samsung's Galaxy Note 10 lineup is official, and a big question that's on everyone's mind is how well do the freshly launched gadgets compare against Apple's 2018 iPhones. The iPhones XS and XS Max are among the best smartphones in the market right now, despite it being a year since their launch. Samsung's Note 10 lineup features brand new displays coupled with camera features that make them a complete (non-iterative) upgrade over their predecessors.

So, if you're wondering how well the Galaxy Note 10 lineup stacks up against the iPhones, you've come to the right place. We've taken a look at different opinions and facts, and on the basis of these reached our judgment. Take a look below for more details.

Starting off from performance, Samsung's Galaxy Note 10 phablets have brand new processors. But, these chips feature only cosmetic upgrades, as Qualcomm's taken process node improvements to eke out performance gains made through dedicating more transistors to neural and graphics computations.

At the root, however, these transistors on the Snapdragon 855 (powering the American and Chinese Note 10 variants) don't differ much from their counterparts present on the Apple A12. Both the A12 and Snapdragon 855 are built using TSMC's fabrication methodology, and the difference between them is the result between Qualcomm and Apple's customization.

Therefore, a performance comparison between the iPhones XS and Galaxies Note 10 is warranted. So, we've taken a handful of benchmarks from different sources and combined these to give you a better idea about the devices' performance.

The scores only confirm what we've just speculated about the Snapdragon 855's performance. Despite being launched in 2019, the Galaxy Note 10 Plus loses out to Apple's iPhones in GeekBench and in Antutu CPU.

Moving over to Antutu, the difference in the iPhone XS Max's and the Note 10 Plus' different performance parameters is clear. The Note 10 leads in GPU scores, while the iPhone maintains its compute advantage despite being a year older than Samsung's premium phablets.

Samsung's riding on the strength of Qualcomm's excellent Adreno GPU, and we're absolutely eager to see if the San Diego company can regain the CPU advantage with the 855's successor. This successor, will be manufactured by Samsung, believe industry sources.

We're wondering whether Samsung and Qualcomm are looking to gain through close customization of the Note 10 Plus to the Snapdragon's Kryo cores, with Qualcomm looking to replicate the advantages Apple has through the IP it's developed with TSMC.

Graphically, the Note 10 Plus is the superior gadget, and if you're a gamer, we'd recommend you give the device preference over the iPhone XS Max. The clear demonstration of this is 3DMark, where the Note 10 Plus leads with a wide margin.

Over here, we're certain that more RAM is working in the phablet's favor in addition excellently laid out Adreno architecture; architecture about which Qualcomm is notoriously tight-lipped. So, compute goes to the iPhone, while gaming goes to the Note 10 Plus.

Design-wise, it's the Samsung Galaxy Note 10 Plus that's the better phone. While it was Apple. which originally popularized aesthetics on a gadget, Samsung has overtaken the Cupertino tech giant this year. The Galaxy Note 10 Plus' has an alluring form, and the phablet's gradient finish is stunning to behold if you've held one in your hand.

If you haven't, take EverythingApplePro's word for it in the video above. He's spot on with the description of how far Samsung's design has come with the Note 10 Plus since the days of the Galaxy S6.

Of course, the only true design comparison between the Galaxy Note 10 Pro and the iPhone XS Max is for their backs. At the front, while Samsung's notch-free display looks better, Apple's option has 3D facial recognition - a feature that the Korean tech giant is unwilling to introduce on either the Note or the Galaxy S, despite the security advantages it offers over fingerprint-based authentication.

Samsung's got the S-Pen's advantage with the Galaxy Note 10 Plus, with the stylus offering versatility in use over the iPhone. 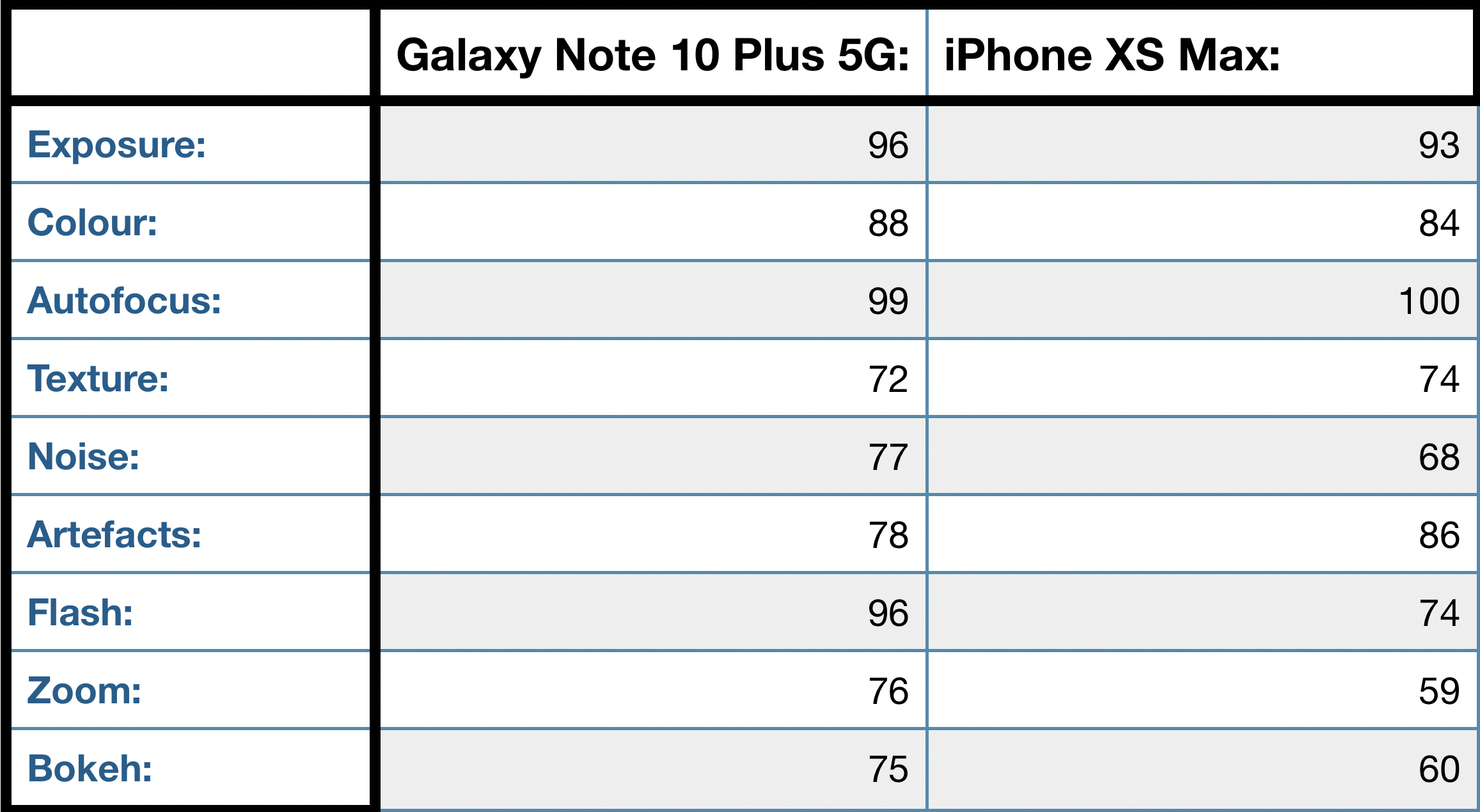 Out of the nine performance areas, the iPhone XS Max comes out in front in only three. Out of these, artefacts is the most important, as it shows that Apple's smartphone distorts light less than the Note 10 Plus after said light has entered the device's camera setup. The iPhone's images are also sharper as compared to the Note's, but Samsung's phablet leads in color accuracy, bokeh and noise reduction.