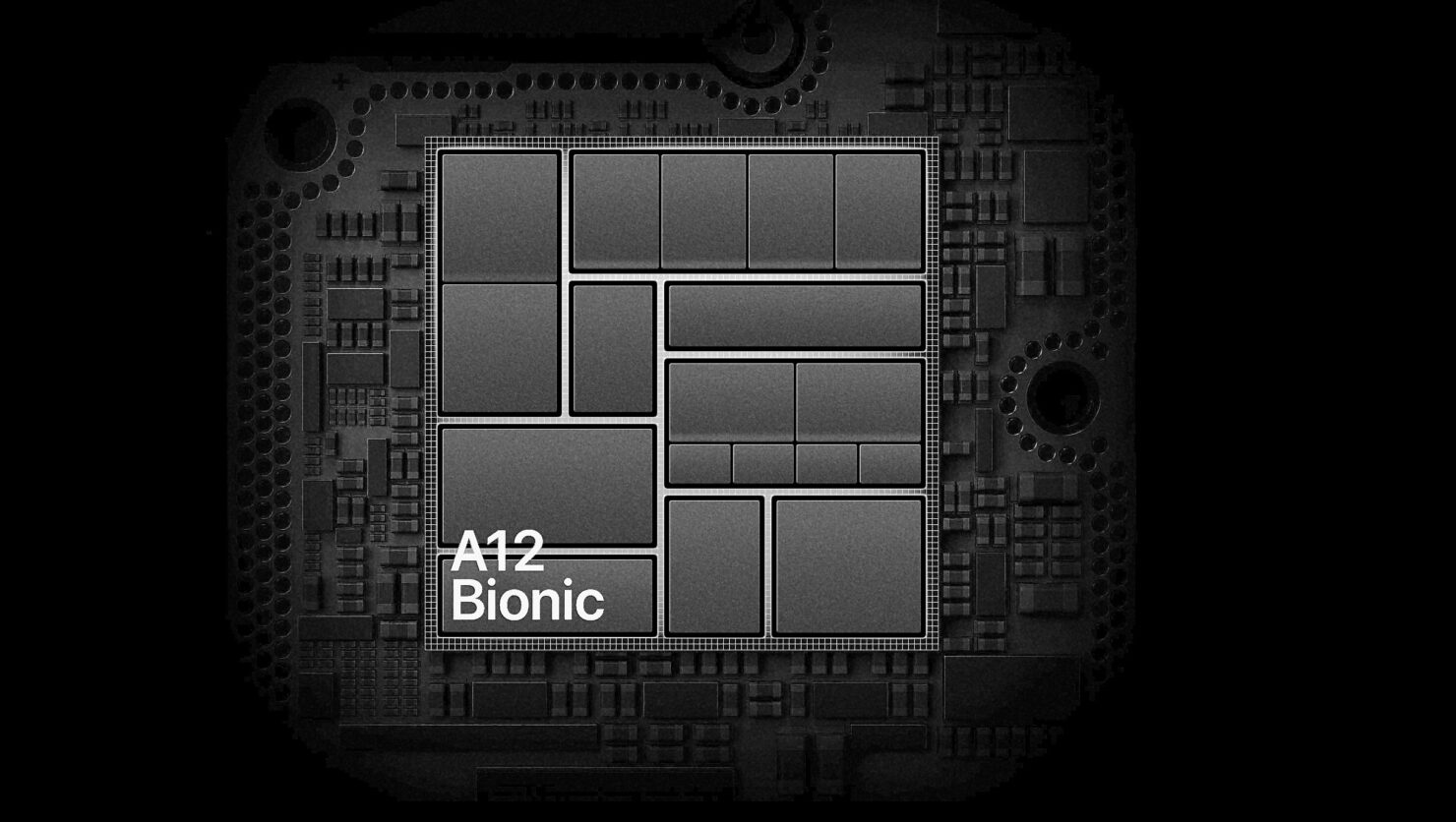 Apple finally launched its 2018 iPhone lineup yesterday. The iPhone XR, iPhone XS and iPhone XS Max come with a few surprises. The latter two do justice to an S upgrade; a welcome change after Apple struggled with the lineup's aesthetic upgrades prior to the iPhone X.

With the 2018 iPhones, we also get Cupertino's first 7nm smartphone processor, the Apple A12 Bionic. If you're wondering what's special about the chip, we've taken a good preliminary look at all the details Apple revealed yesterday. Take a look.

The Apple A12 Features 6.9 Billion Transistors, Marking For A 60% Increase Over The A11

Last year Apple made headlines with the A11. The processor was launched alongside Face ID, the company's first attempt at making the iPhone perform heavy-duty neural computations. These, when coupled with features such as Animoji, necessitated separate cores for neural inferences. The A11 featured two DSP cores (supposedly from CEVA) that performed the calculations. The iPhone X and its Apple A11 processor were Apple's first attempt at dedicated silicon cores for neural networks. Now, the company's stepped up a notch.

But before we get to it, first it's also important to note another critical upgrade on last year's A11. The processor featured a brand new performance controller; a true game-changer for Apple in mobile hardware. This controller allowed the A11 to run all six cores simultaneously for intensive workloads. This fact cemented Apple's lead right at the top of smartphone processors.

With the A12 Apple has decided to take things slow for performance. This was expected as Cupertino's rarely made two big jumps consecutively in the area. The A12 Bionic features similar core count and clusters as its predecessor did. These are two high-performance and four power efficiency cores. The company claims that the high-performance cores (Moonsoon for the A11) are 40% more efficient and 15% faster than their predecessors. 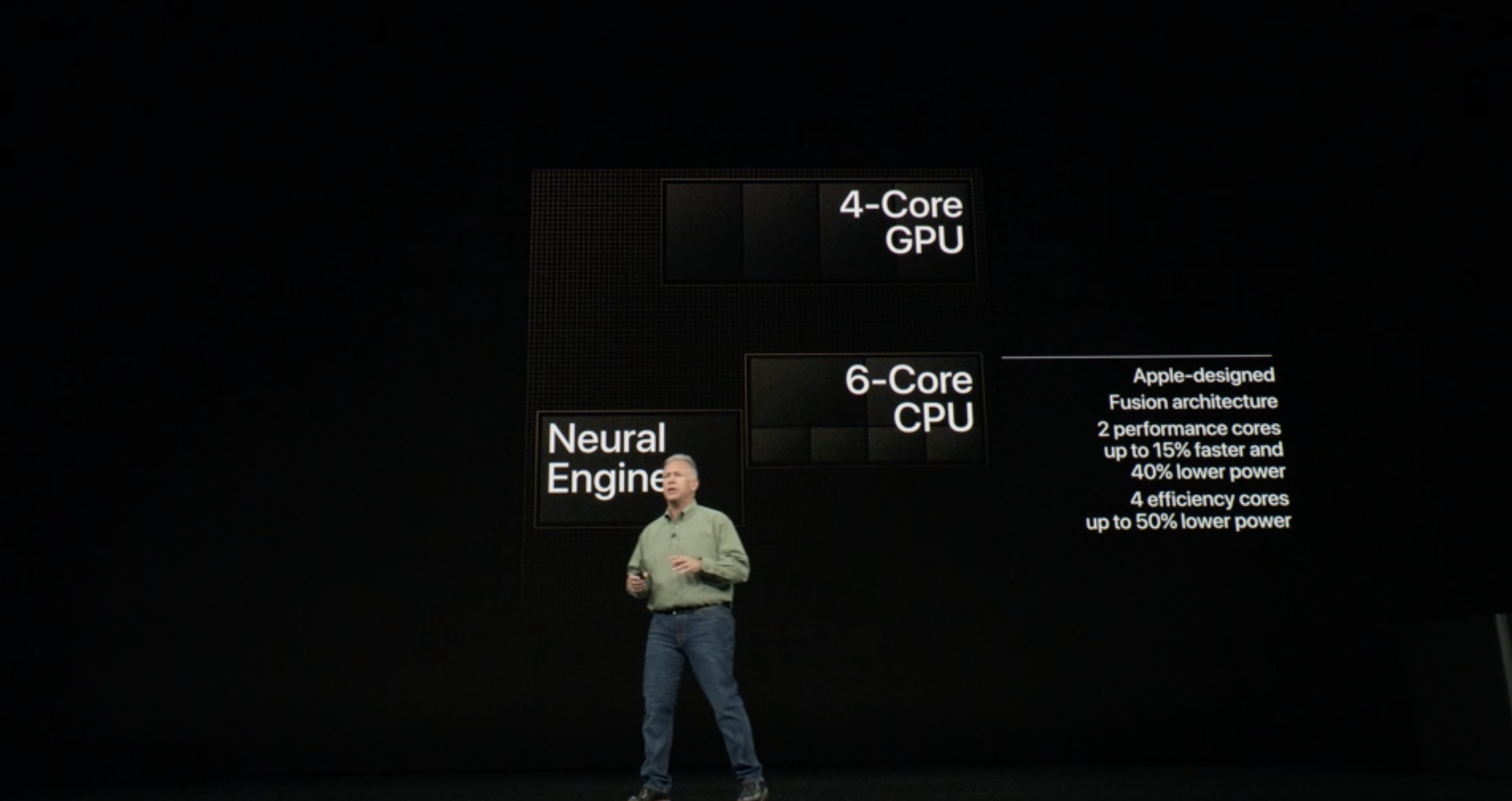 The low-performance cores (Mistral for the A10) feature a 50% power efficiency gain over the A11. Apple remains tight-lipped on other details for the A12's CPU. Things will clear up once 2018 iPhone teardowns are complete.

The processor also features a major transistor gain over the A11. While last year's smartphone chip from Apple came with 4.3 billion transistors, the A12 takes this up to 6.9 billion. That's a 60% increase which is undoubtedly facilitated by TSMC's N7.

Moving towards the GPU, we've got no architectural details right now, except that it's also a custom design. The first such instance surfaced on the A8 which featured custom shader cores and compiler. While Apple officially parted ways from Imagination Technologies last year, the company's worked on custom designs long before that. It also cut down precision point values in half earlier and this fact now makes an appearance with the A12 Bionic's NPU.

Apple's only shared three details for the chip's GPU. The unit is up to 50% faster than its predecessor; a claim that surfaced several times on the rumor mill prior to yesterday's event. It also features tesselation, multilayer rendering and lossless memory compression. These aren't groundbreaking, but indicate how Apple's learning the GPU ropes. 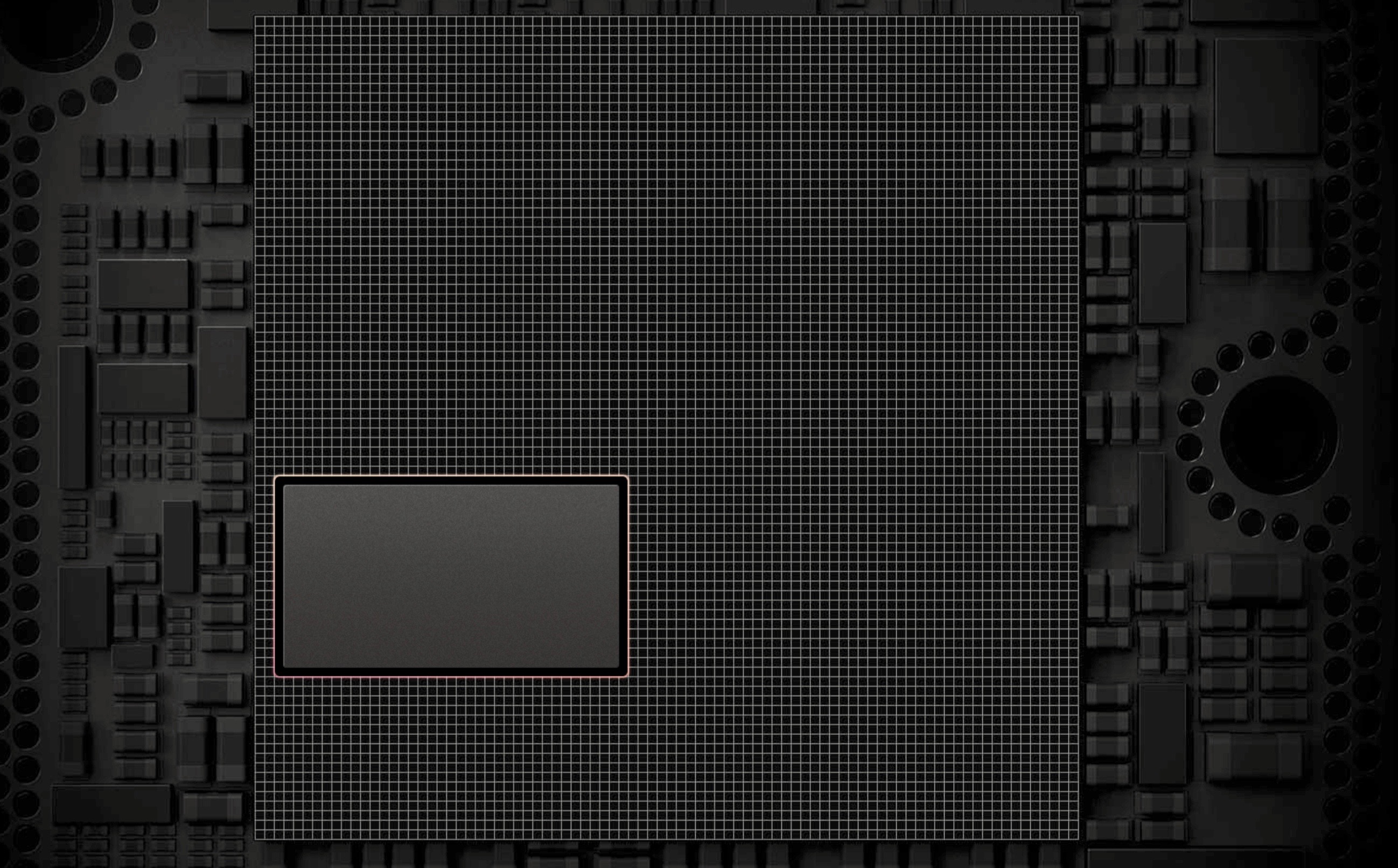 It's with the A12's NPU that we get the real beef of this year's processor upgrades. The A11's Neural Engine has two cores. The A12's Neural Engine increases it to eight - with a corresponding peak performance of 5 TOPS. This is an 8x increase, showing a strong interest towards tightly knit SoCs. Additionally, the A12's ISP will also collaborate with the Neural Engine to facilitate the 2018 iPhone lineup's Smart HDR.

Lastly, half precision (16 bit) also makes an appearance on the A12. Apple started to shift toward 16-bit values after the A8 and it's also making the shift on the A12's Neural Engine. This decision should allow it to perform operations quickly and save power. But the results will become interesting once task loads become larger.

All-in-all, the A12 is a solid upgrade that rides on TSMC's manufacturing node shrink. Apple's drifted away from hardcore CPU performance this time around. It's chosen a more integrated approach, one that will especially help if the company heads in the direction of low-power ARM64 ultrabooks. Thoughts? Let us know what you think in the comments section below and stay tuned. We'll keep you updated on the latest.