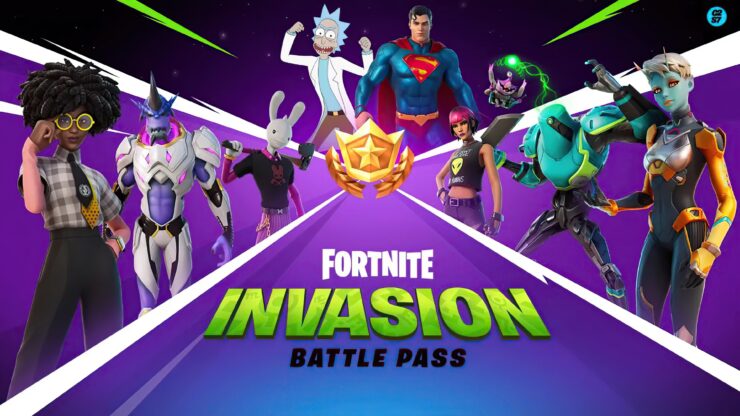 Fortnite Chapter 2 Season 7 has landed, bringing with it a proper alien invasion. Luckily, beloved characters such as Superman and Rick from Rick and Morty will be helping players deal with the invaders. There are also some interesting gameplay additions, such as being able to hijack UFOs and fly them with your squad, getting the chance to remodel weapons into something different, and even crafting your own alien skin as part of the Battle Pass.

With an explosive opening attack, a mysterious alien army is invading the island. Under the command of doctor slone, the imagined order (io) has taken it upon themselves to fight back. as you battle amidst the chaos, meet characters who embrace the invasion, oppose it, or just want to keep fishing. The fate of the island is at stake.

Ufos aren’t just for aliens anymore. shoot down saucers or hijack them to take control. Fly around with your squad as you fire at your foes, pick up anything that isn’t bolted down, or toss around fleeing vehicles.

Innovations of the IO

The Imagined order has deployed sophisticated weaponry to combat the alien invaders. Survey what’s around you with the recon scanner, shoot through structures with the rail gun, and fight your way forward with the flexible pulse rifle. The aliens have devised unique tech, too, like the Kymera ray gun and more to come as the season progresses.

The roving saucers have made it rain nuts and bolts — discovered to be a viable crafting ingredient! With nuts and bolts, craft to construct once vaulted weapons. Turn an assault rifle into a burst assault rifle, a submachine gun into a rapid fire smg, or a shotgun into a lever action shotgun.

Create your own alien

In Fortnite Chapter 2 Season 7’s battle pass, your immediate unlock is the customizable Kymera outfit — an alien specimen for you to sculpt. Throughout the season, collect alien artifacts to claim additional styles for Kymera. Mix & match different head shapes, eye colors, skin patterns, and more to create your own look. Explore Kymera’s style combinations, the return of battle stars, and the rest of the rewards in-game on the battle pass page.

As a reminder, PC players can now enjoy improved visuals as part of the Fortnite Chapter 2 Season 7 v17.00 update.