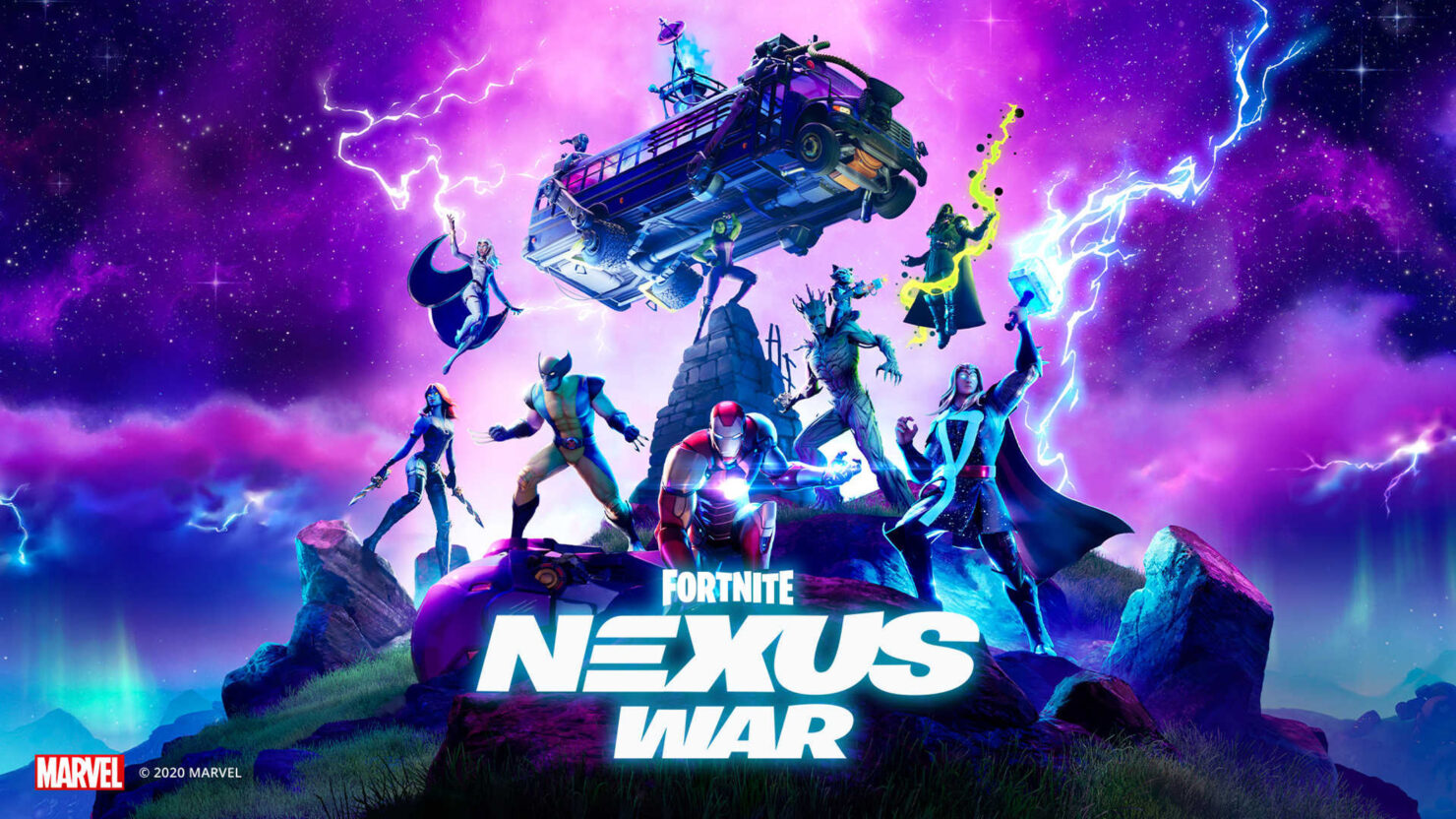 Fortnite Nexus War is the official name of Fortnite's Chapter 2 - Season 4, and it is themed all around Marvel characters. Apparently, Fortnite's island has somehow collided with the Marvel universe and it is now threatened by none other than Galactus, Destroyer of Worlds. The good news is that players will have super-powered abilities as their disposal because of this.

In addition to new super-powers, take action with the Stark Industries Energy Rifle, a distinct weapon from Stark Labs that has a different benefit depending on how you aim. Bring your weapons and powers with you as you explore iconic locations both current and upcoming, such as Doom’s Domain, Sentinel Graveyard, and more.

With the new Season comes the Chapter 2 - Season 4 Battle Pass, with 100 unlockable rewards and a collection of outfit from Marvel Heroes and Villains: Thor, Iron Man, Storm, Doctor Doom, She-Hulk, Mystique, Groot, and Wolverine. Complete each Legend’s special quest to bring out their awakening, a built-in Emote that reveals the Hero or Villain within.

Fortnite Nexus War, which will go live later today, won't be available on Apple platforms due to the ongoing legal dispute with Epic.

Apple is blocking Fortnite updates and new installs on the App Store, and has said they will terminate our ability to develop Fortnite for Apple devices. As a result, Fortnite’s newly released Chapter 2 - Season 4 update (v14.00), will not release on iOS and macOS on August 27.

Epic is fighting to end Apple’s anti-competitive restrictions on mobile device marketplaces. Papers are available for our August 13, August 17, and August 23 filings.

If you still want to play Fortnite on Android, you can access the latest version of Fortnite from the Epic Games App for Android on Fortnite.com/Android or the Samsung Galaxy Store.