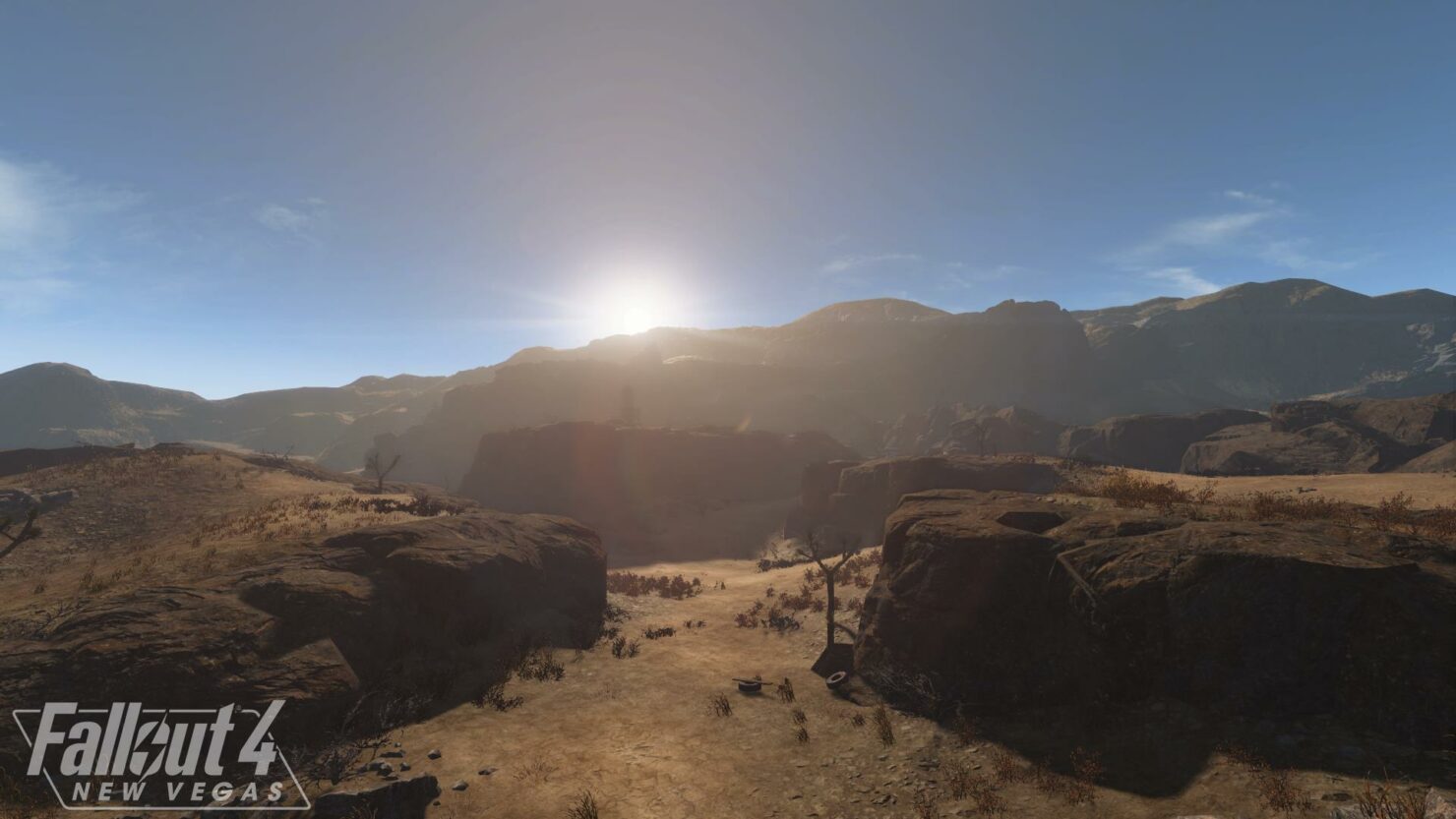 The development team has now shared the first ten minutes of gameplay, which give us a look at character creation as well.

Should you be interested in learning more about Fallout 4: New Vegas, the official website is a great source of information. Below we've also added the latest developer update on the mod's progress.

Following last week's short devlog break for Labor Day, we've had a fair bit of new development underway! As many of you have seen, many new weapons assets have been started or are in the process of being completed for Fallout 4: New Vegas, and those will be seeing some more in-depth discussion in the very near future. Along with that, we've seen a lot of discussion within the community about how weapons, skills, and balance can be handled - we're really excited to see how invested many of you are in seeing F4NV's balance at work!

Alongside the new weapons, work has also continued on environmental art, including some hero assets that are key to certain major locations. These are being worked on in conjunction with the normal world space assets that they'll be seen alongside, and we're looking forward to showing more of those off in the coming days!

Our level design team, meanwhile, has been carrying on with the difficult task of building the Mojave outwards and making the desert an interesting place to explore. Alongside this, work has been put into lighting tweaks for some key sequences that are already present in the game to ensure that things are looking as good as they possibly can be and doing so while running well. It's easy to get caught up in all the environmental art from time to time, as well as the promise of a newer engine without the restrictions of needing to release on consoles, and as such end up overdoing things and causing a hit to performance. Our work process allows us to mitigate this, so as to ensure that F4NV remains running as smoothly as possible.

Finally, our scripting team has been neck deep in quest-related systems over the last couple of weeks, with their efforts distributed between a few different core systems as well as more cinematic events. Many of the systems in New Vegas that were used in one or two places can be somewhat more difficult to rebuild in the Fallout 4 engine, and so a period of careful work with F4SE can be necessary to ensure that those systems function as they did or even better than in New Vegas.

All told, the last 2 weeks have been positively buzzing with activity, and we have some exciting content lined up to show off some of this work.