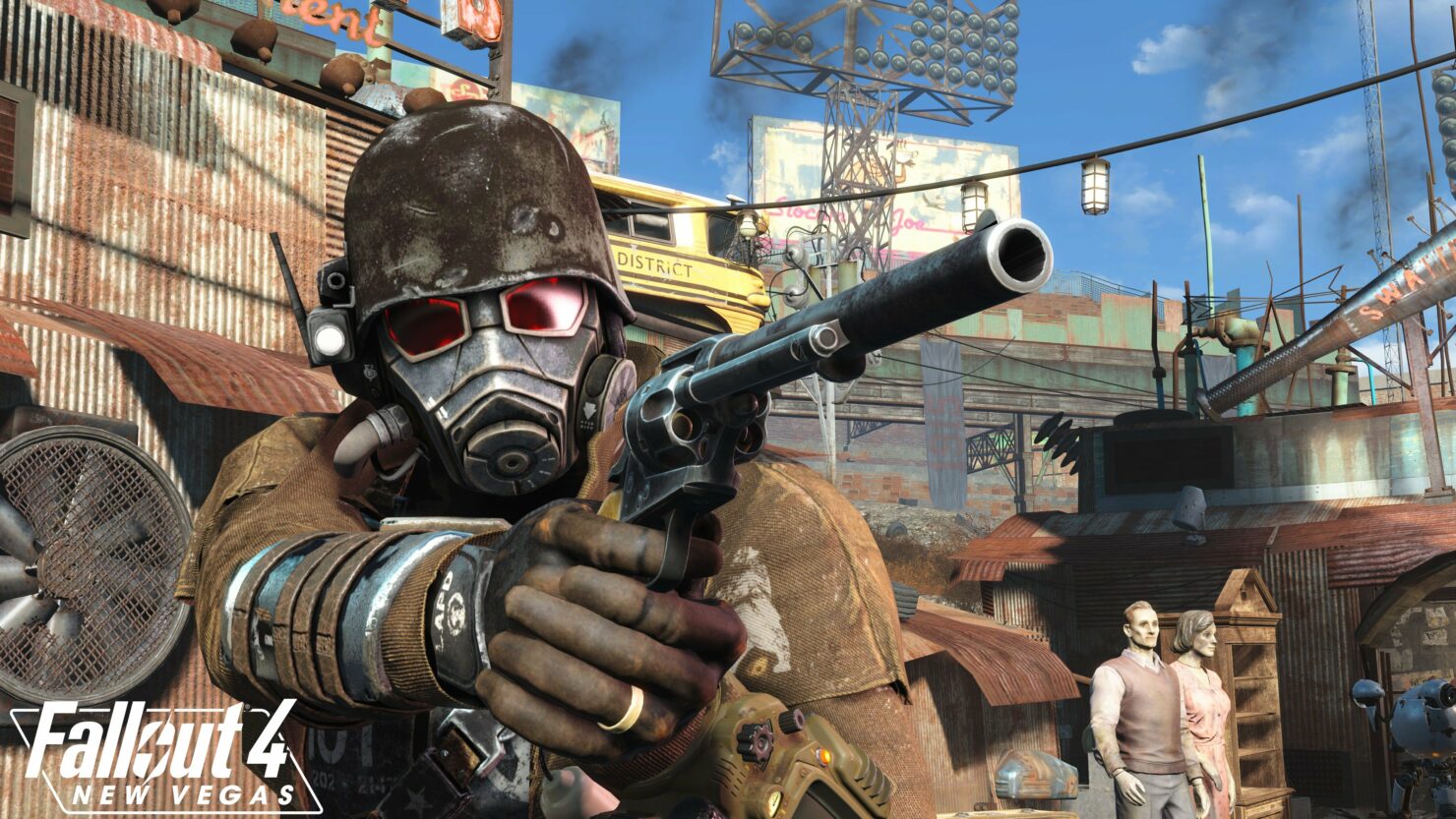 The modding team behind Fallout 4: New Vegas released a new gameplay trailer today to commemorate the tenth anniversary of the debut of the original roleplaying game (developed by Obsidian Entertainment). You can find it embedded below.

Fallout 4: New Vegas is an upcoming Fallout 4 expansion mod looking to recreate Fallout New Vegas in its entirety. You will be able to battle your way across the heat-blasted Mojave Wasteland once again all way to the neon drenched New Vegas Strip. Along the way, you'll be reintroduced to a colorful cast of characters, factions, mutated creatures and much more in Fallout 4.

All of this is being painstakingly recreated in the Creation Engine 2.0 which powers Fallout 4 & The Skyrim Special Edition. With this newly added power provided by Bethesda's Game Studios, latest in-house Engine the Mojave Wasteland will feel more alive than ever before. Such as the New Vegas Strip being opened up to allow you the player to experience the New Vegas Strip like never before.

We've covered Fallout 4: New Vegas, whose life began as a project back in August 2017, several times in previous years. There's still no ETA on the total conversion mod's launch, but this new trailer is supposed to be just kicking off what the team is calling 'showcase week', suggesting we're about to learn more about this interesting and ambitious project in the next few days.

As a reminder, the makers have already confirmed Fallout 4: New Vegas won't be available on consoles because of the mod limitations on those platforms. We also know that the skill system will be modeled after the original one instead of Fallout 4's; however, a few Fallout 4 systems will remain, such as the settlement system which will handle player homes in this total conversion mod.