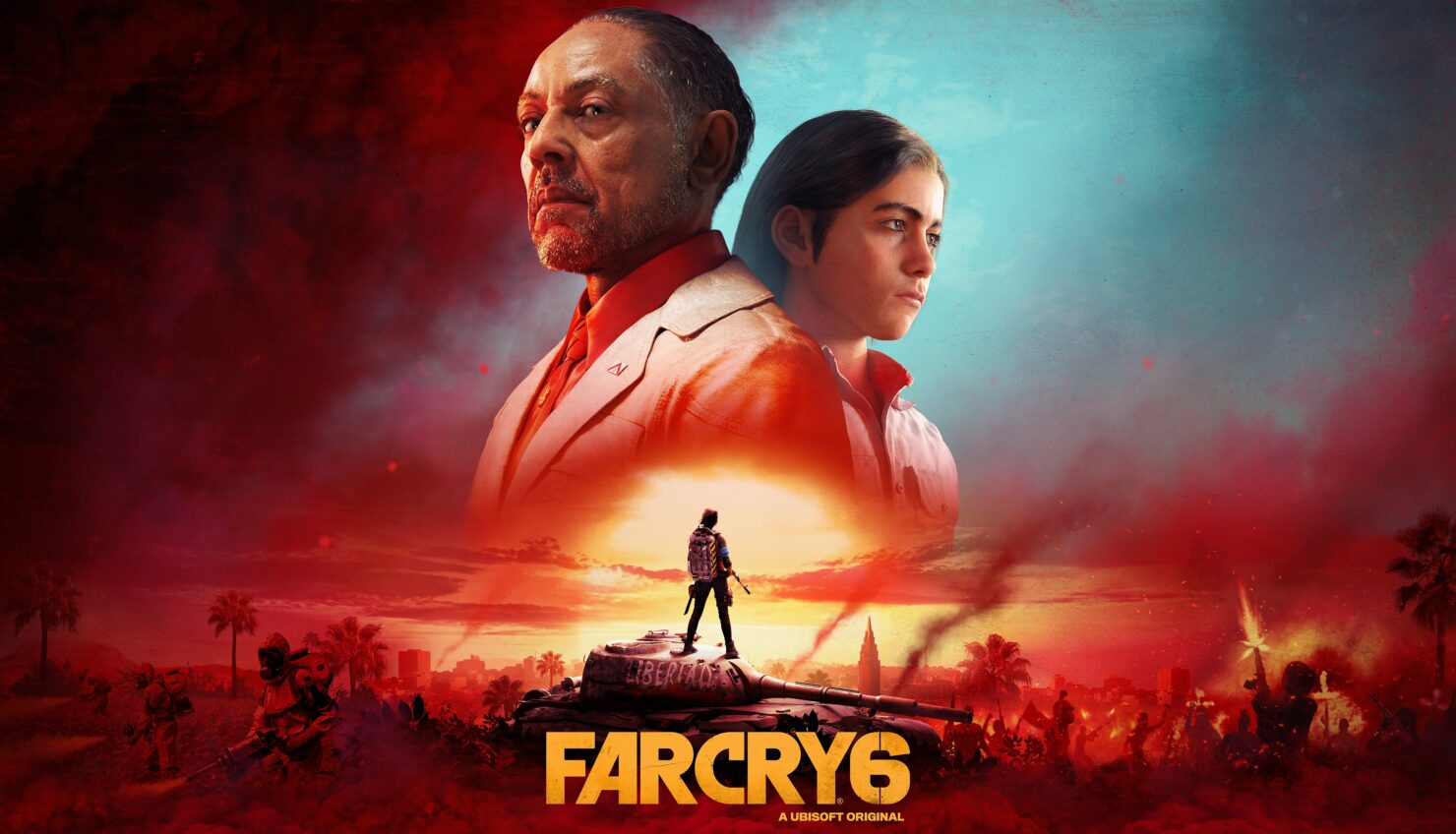 After the six-month delay from its original February launch date, Far Cry 6 is fast approaching the new and final October 7th release day, and the surest proof of that is Ubisoft's willingness to let the press play the game at long last.

Earlier this month we had the chance to go hands-on with Far Cry 6 through a remote preview organized via Parsec (which is quickly becoming the go-to software for game developers and publishers whenever these events have to be organized). The meaty demo allowed us to experience the very beginning of the game, where protagonist Dani Rojas is still very much reluctant in joining the revolution against Yaran dictator Anton Castillo. 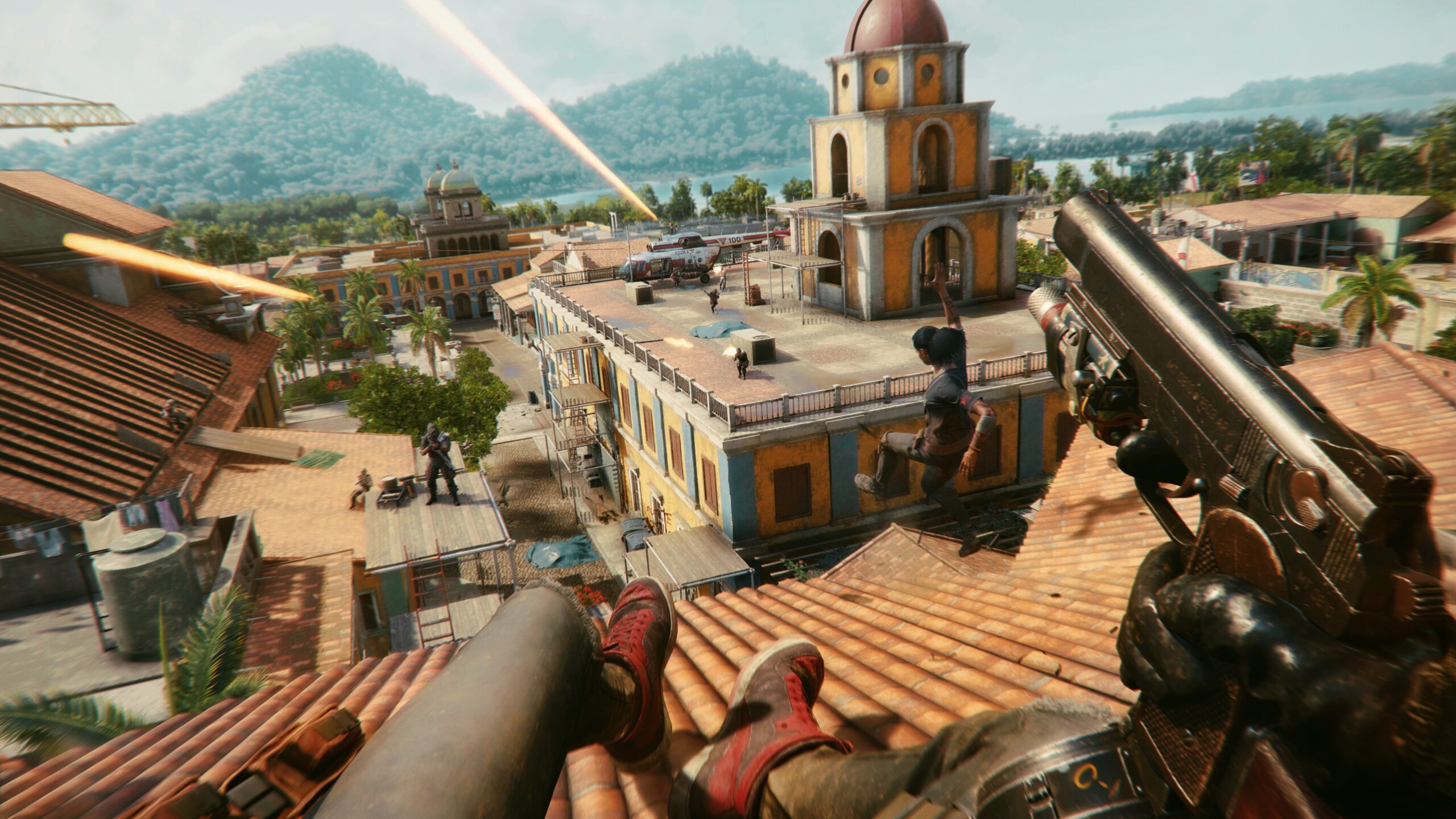 Dani wants to leave all of Yara behind in pursuit of the American dream, and he or she (you'll get to decide the gender identity at the beginning of Far Cry 6) initially only agrees to help Libertad leader Clara García under the condition to get a ticket out of the country on the first boat. However, after witnessing firsthand how the ruthless Yaran regime is affecting the local population, Dani has a change of heart and willingly joins the resistance movement. At that point, we also got a glimpse of the other factions that Libertad is trying to get on board with the revolution: the Legends of '67, who successfully managed to cast out Anton Castillo's father in the previous uprising but are now essentially retired and hiding on a mountain, and La Moral, a group of young rebels who don't have the greatest reputation.

Unlike recent Far Cry games, the cutscenes are played in third-person view to augment the cinematic factor; that seems like a great idea given the presence of renowned actors like Giancarlo Esposito. Additionally, the game automatically transitions to a third-person camera whenever Dani approaches a resistance base, giving you the opportunity to admire your character's clothing and equipment in these areas.

How does Far Cry 6 play, though? Well, very much like its predecessors, and that's a compliment. Far Cry has always had the smoothest, most satisfying moment-to-moment gameplay out of all of Ubisoft's franchises, in this one's opinion anyway. Its fluid animations and tight if a bit arcadey controls are an excellent and addictive combination.

From what I've experienced in the hands-on session, Far Cry 6 is once again a joy to play, whether you're hijacking a tank to wreak havoc across a few military outposts and checkpoints (beware of passing through these at speed with vehicles, though, as the road spikes will quickly disable their tires; a horse might be preferable) or you're stealthily moving across Yara underneath the Guerrilla Paths, tunnels carved long ago by the so-called Legends of the '67 revolution.

Its blissful chaos empowered by extreme player choice naturally translates into a lot of fun, which you'll be able to share with a friend in the two-person cooperative mode (there's a glimpse of that kind of action in the video below). In spite of the story's overarching theme, the gameplay formula will most definitely be an evolution rather than a revolution, but that will be fine for most players.

The latest installment in Ubisoft's open world shooter IP dials up everything a notch or two by providing even more options, and that's always something to appreciate. Far Cry 6 features the biggest weapon roster in the whole franchise and you can also tweak them at a workbench in several ways, thanks to an impressive assortment of mods and attachments. Weapons range from the regular MS16 or FAL rifles to crazy Resolver stuff like a CD-ROM launcher.

I had a taste of the new arsenal during the assassination mission of a local military commander. While I did have a sniper rifle at hand, I failed to account for the bullet drop-off and missed, sending the whole outpost on high alert while the target was surrounded by many soldiers, making it much harder to accomplish the objective. On another try, I opted to simply fire a salvo of rockets from my Supremo weapon, one of the most exciting new tools at the player's disposal in this new game. Luckily I had filled the 'ultimate' meter, which is activated with a combination of LB and RB (on an Xbox controller), and I happily watched from a safe distance as the rockets blew commander Rosario up.

Perhaps one of the biggest departures can be found in the RPG-like importance that gear has for the first time in the franchise. Your character has five gear slots as in most roleplaying games: head, chest, wrist, leg, and foot. For example, there's fire-resistant equipment (useful when you want to go crazy with a flamethrower without worrying about the flames engulfing your character as well), there's poison-resistant equipment, there's armor-piercing rounds or soft-target rounds or blast-resistant equipment, there's gear that improves Dani's stamina, there's gear that improves stealth or parkour or even scavenging, and so on. Depending on your preferred playstyles and the various missions encountered in Far Cry 6, you may want to unlock as many gear sets as possible.

Dani can also use the smartphone to tag hostiles and discover their vulnerabilities and the weapon rounds they're using. Obviously, this kind of information is very useful in light of the aforementioned equipment options. During the hands-on, we noticed there are even hostile medic NPCs who can revive injured foes and throw healing grenades; we'd recommend taking care of these first and foremost as they may otherwise prove to be a nuisance. 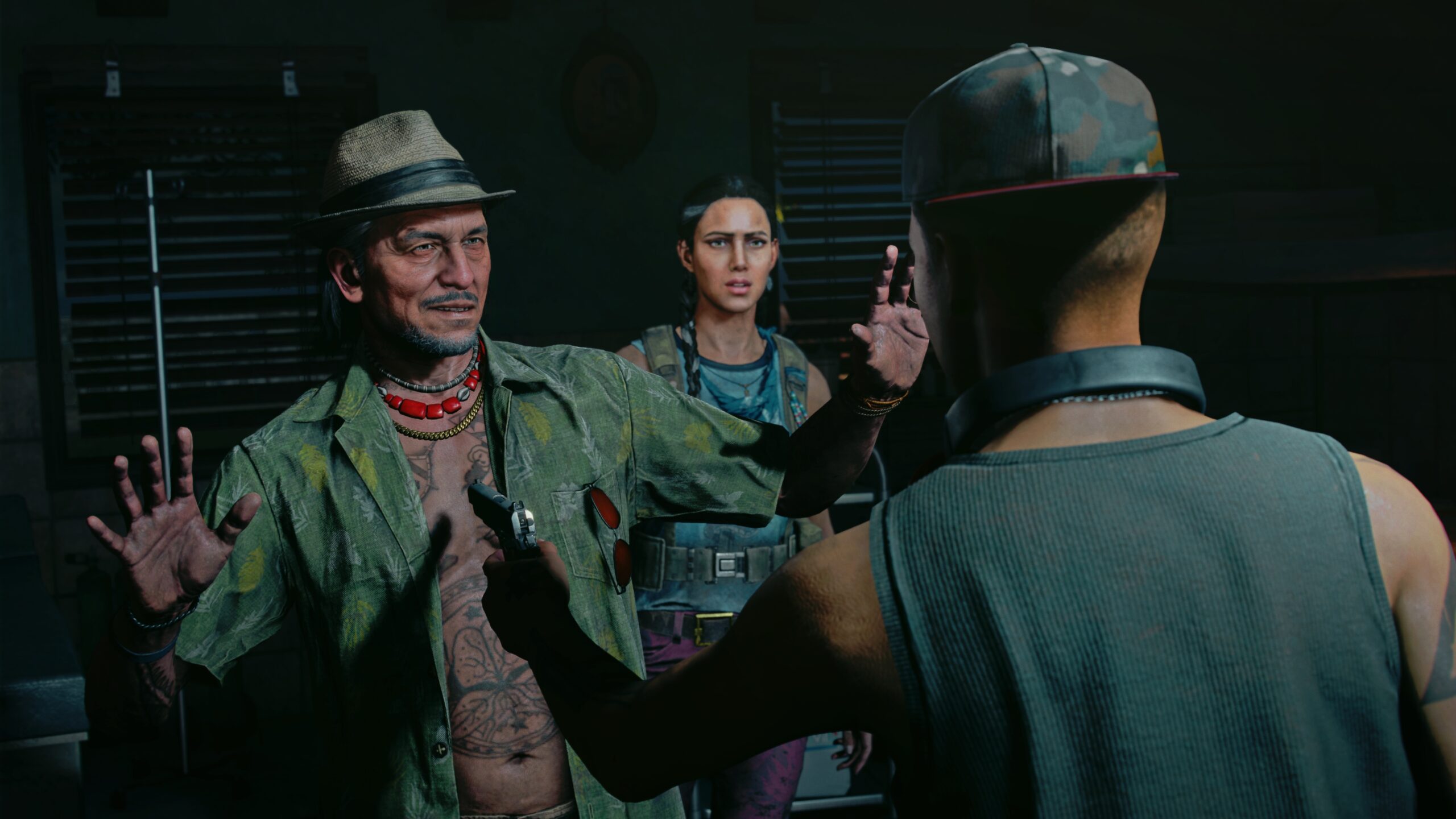 The performance of Far Cry 6 was honestly hard to judge via this remote preview. The game ran smoothly, but it did so on a PC equipped with an RTX 3090 graphics card and a rendering resolution locked at 1080p. We spotted announced high-end features such as ray tracing and AMD's FidelityFX Super Resolution in the graphics settings, though they were both greyed out in this build.

The same can be said about the visuals, really, as the streaming via Parsec inevitably delivered a compressed feed. That said, the art style successfully conveys the look of a lush, beautiful tropical island stuck in time like Cuba.

Far Cry 6 will be available for Amazon Luna, PC (Windows), PlayStation 4, PlayStation 5, Xbox One, Xbox Series X/S, and Google Stadia, and I'm more than eager to check out the final version of the game soon. Meanwhile, we captured about thirty minutes of gameplay from the preview build; check it out below.