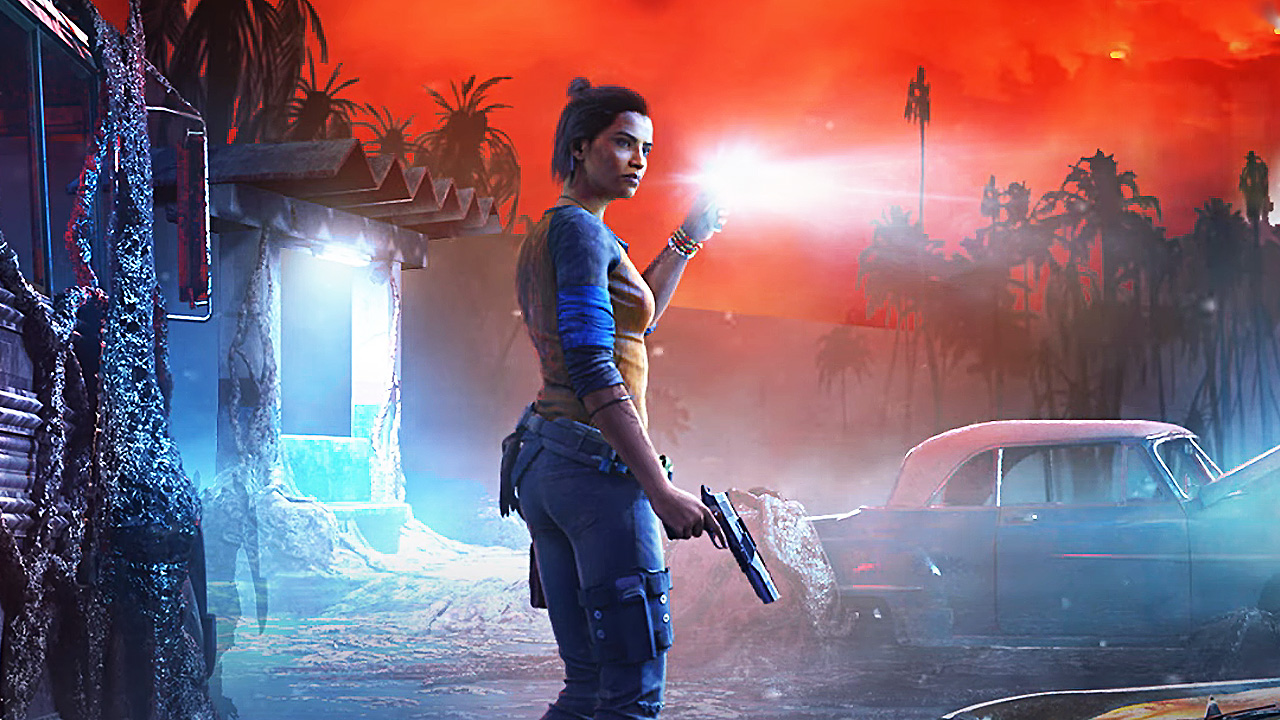 Get ready for Far Cry 6 to be turned upside-down, because the game’s Stranger Things crossover DLC arrives tomorrow. Following missions focusing on Danny Trejo and Rambo, “The Vanishing” is Far Cry 6’s final piece of free crossover DLC and promises to bring a survival-horror flavor to the game. You can check out a quick teaser trailer for The Vanishing, below.

That’s not a lot to go on, but we also have this description for the Ubisoft-Toronto-developed DLC…

The Vanishing will bring a stealth-horror-survival gameplay experience to Far Cry players for the first time with mysterious characters and new lore. In The Vanishing, players will enter a twisted version of Yara inspired by the Upside-Down, where Dani discovers that Yarans are disappearing and no one is safe – not even Chorizo. Players will be able to explore Stranger Things-inspired locations, such as a hidden bunker and an abandoned laboratory. Dani’s mission – with new skins for a flamethrower and shotgun – is to search for Chorizo and find out what happened to the abducted Yarans.

Don’t have Far Cry 6, but want to try out the Stranger Things DLC? Well, you’re actually in luck, as Ubisoft is offering a free weekend from March 24 to March 27 on all platforms. Players will have access to the entire base game and all free DLCs and you can carry over your progress should you choose to buy the full game. A variety of deals will also be available this weekend for those who want to buy Far Cry 6: