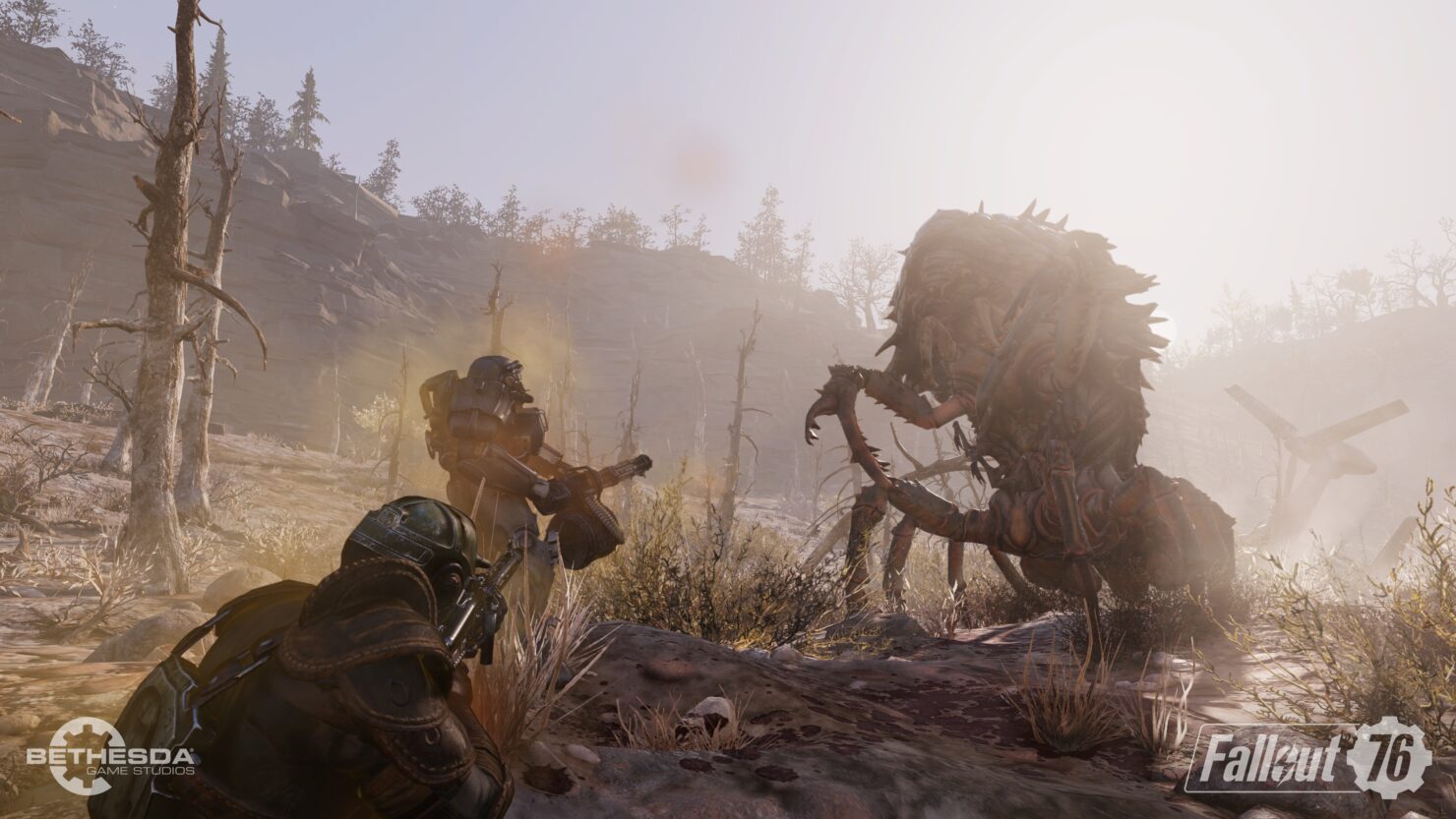 As we reported yesterday, Bethesda did some early 'Spring cleaning' in Fallout 76 and removed many items players had acquired through duplication exploits. After the maintenance ended, the developers provided additional information on this operation; as it turns out, they focused on removing all but one copies of each of those duplicated items. In addition to that, players who owned multiple copies of said duplicated items also had their inventories searched for large amounts of Nuka Cola and had those removed, too, if found. This is probably because, as in any Fallout game, drinking a Nuka Cola also automatically adds a bottle cap - the main currency in post-apocalyptic America.

A few hours ago, Bethesda also published a new Fallout 76 'Inside the Vault' blog post where they detailed some of the upcoming updates. Fresh PvE content such as new quests, events and challenges will be added to Fallout 76 as part of the weekly 'Wild Appalachia' series, while a full-fledged Fallout 76 roadmap for 2019 is scheduled to be published later in February.

We mentioned our upcoming “Survival” mode is currently planned for release in March for fans of PvP, but we will also be introducing new PvE content for those of you who seek adventure through quests, events, and other features. We’re planning to do this through series of weekly updates we’re calling “Wild Appalachia”, which will be our first big content drop of the year and spans the next few months. In addition to new quests, events, and challenges it will also bring new content to C.A.M.P.s, Crafting, and much more.

Our 2019 Roadmap, which we’re currently looking to roll out later this month, will give you a broader look at what's coming to Fallout 76 with Wild Appalachia. Additionally, ahead of each Wild Appalachia update, we will share a more in-depth preview of the new content and features being introduced to the game the following week.

A LOOK AT SOME OF PATCH 6

Patch 6 is anticipated to release next week and planned for simultaneous launch on Xbox One, PC, and PlayStation 4. This will be the last update ahead of Wild Appalachia, which will be supported by Patch 7. Sticking to 6, we are still compiling our full patch notes to provide to you once that update is available, but in our tradition, we wanted to share with you some of the larger fixes we’re working on.

There will be many more fixes in Patch 6 as we work to make the game stronger and address your top concerns.