Twitter has always been a medium of bullying and trolling. However, things get a little more comforting for the average joe when the person running one of the world's biggest tech companies gets the same - or even worse - virtual thrashing as the rest of us. 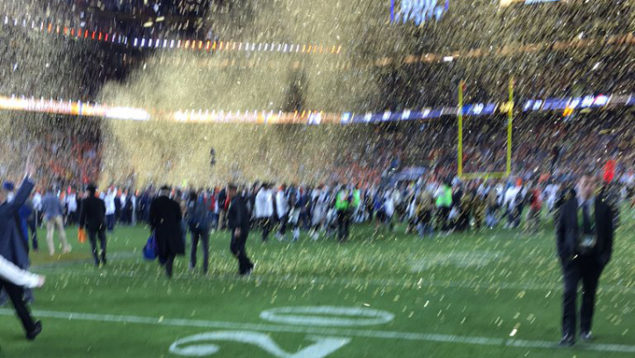 Last evening, following the Denver Broncos' win over the Carolina Panthers in Super Bowl 50, Cook tweeted a photo of the early celebrations on the field of the Levi's Stadium in San Francisco. The image is proving to be the worst marketing any smartphone may have ever received as the photo is blurry, out of focus and awful to say the least. At an event which is considered to attract the highest number of viewers and followers, Super Bowl is the lucky charm for advertisers. Possibly under the excitement of the moment, Cook didn't think this through and posted a quickly shot photo with his followers on Twitter.

What followed is a story of its own though, as it made Tim Cook a trending topic on Twitter. From jokes to memes, everything that a Twitter trolling fiasco is normally consisted of was targeted at the person running one of the most successful businesses in the world.

@tim_cook @Broncos bruh that's the best photo you could take?

@tim_cook you take this with an iPad?

An hour after, Cook posted another photo that was in focus, possibly in response to the people poking fun at him, and well, the iPhone.

Whatever the worth of Apple is, iPhone camera is still a work in progress, especially when you take quick shots or low-light photos. Apple doesn't agree to the "work-in-progress" tag though, which is perhaps why so many users were eager to grill Cook over this photo.

@tim_cook Uh... Is the message here that iPhones take terrible photos of important moments?! Because that really seems to be the msg here.

Apple runs a Shot on iPhone campaign, updating its website with beautiful images taken from iPhones. The campaign might have been a success, but Cook ruined a lot for the marketers last night with something that we always do - sharing blurry images without thinking. Let's face it folks, Cook seems to be a football fan before a CEO making him a little too excited for the Broncos' win. Give him a break? But then, Twitter can't survive without its daily trolling sessions.