It's time for the most-watched television event of the year. You guessed it right, the Super Bowl is here! Which means you either have to be stuck inside with your TV or search for some streaming choices that let you watch the excitement on your mobile devices. Sports fans have the hardest time this time of the season as it's not easy to find apps and websites that offer free streaming of the Super Bowl. However, this Super Bowl 50 when Denver Broncos take on the Carolina Panthers, you will be able to catch the fun online. 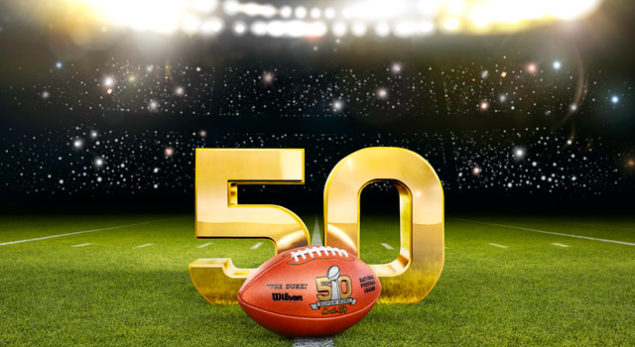 How to watch Super Bowl 50 online on your mobile devices:

As Super Bowl 50 starts on February 7, there will be a lot of us looking for some streaming links letting us watch the games for free. While the majority of fans relies on paid cable subscriptions and actually are excited about this TV-time, an increasing number of users who cannot be close to a television screen look out for streaming services. Especially those not living in the United States or the United Kingdom have no other choice but to catch the fun online. Preferably free? We've got you covered.

The easiest way if you are in the U.S.

You can stream the game from the official NFL Mobile app. But, you need to be a Verizon customer as the carrier has a partnership deal with the NFL. Not a Verizon customer? No need to fret, we still aren't out of options.

On the Apple TV, launch the App Store, search for CBS Sports, and Get it. Open the app and you will be able to watch the game live on Sunday. If you aren't in the United States, though, you will have to take some measure not that legal. You can use a service called Uno Telly, which allows you to spoof your IP address on your Apple TV and other devices. Sign up for a free first week and enjoy the game no matter where you are in the world.

For our readers in the United Kingdom, BBC and Sky have the broadcasting rights to the game. You can watch the game from their apps, BBC iPlayer and Sky Go, if you have the subscription to the channels.

Super Bowl 50 will start at 18:30 Eastern on Sunday, February 7 at the Levi's Stadium in Santa Clara, California. The Pepsi halftime show at the Super Bowl 2016 will feature Coldplay. If you want to follow the event before it starts, NFL's Road to 50 and Super Bowl Stadium apps have all the details of the event and the stadium.