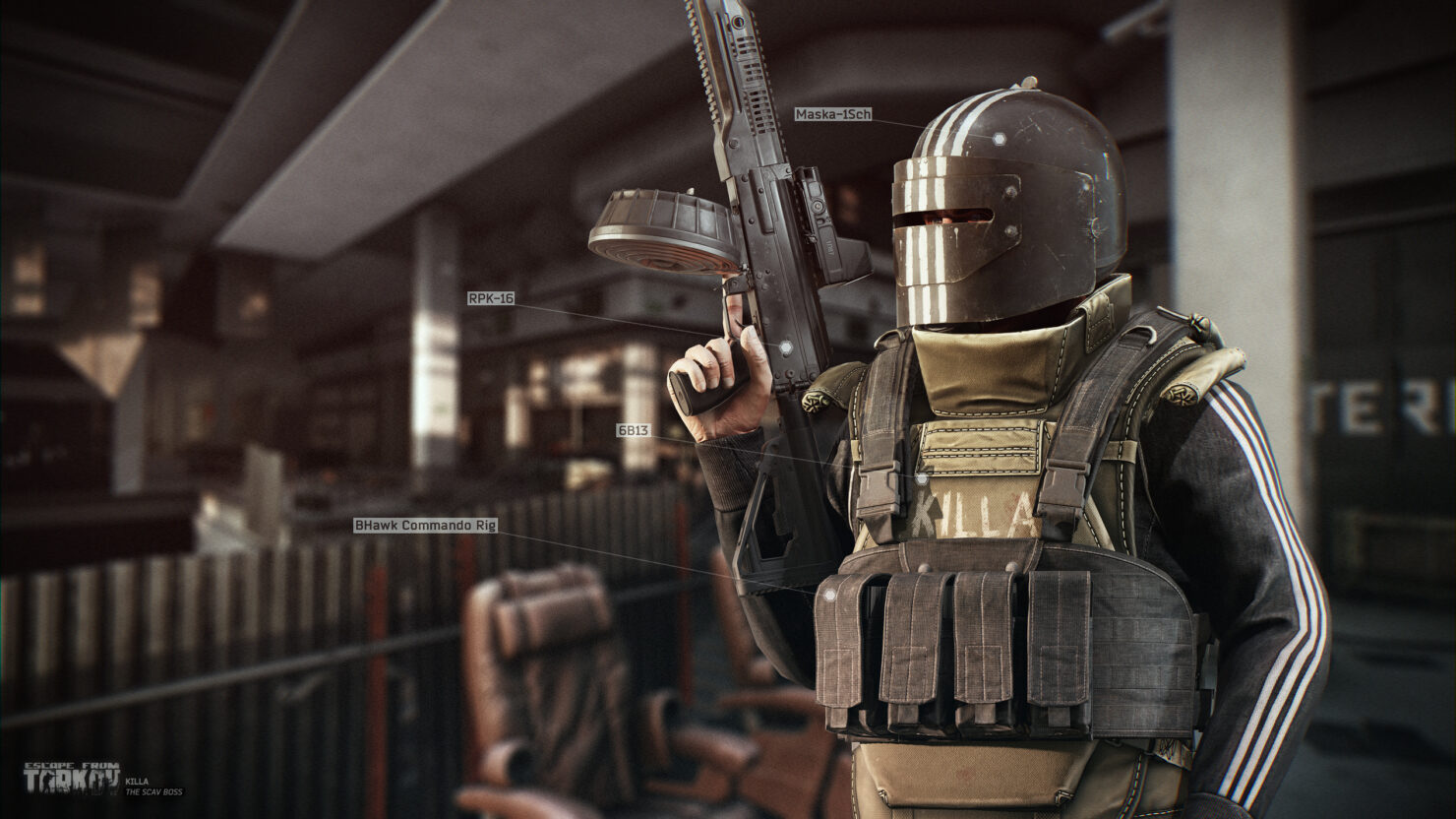 Escape from Tarkov, the hardcore online first-person shooter game currently in Closed Beta, is about to receive Update 0.11 and the developers at Battlestate games revealed the patch highlights. There will be a new map, TerraGroup Labs, described as a secret underground facility located right beneath the city of Tarkov. A new Scav boss called Killa will be added, and a new type of consumables called Stimulators are going to be introduced, temporarily improving a character's skill while potentially affecting the character's health in a negative way.

As TerraGroup Labs is considered to be closed, it has special types of extractions. New mechanics imply the need to meet certain conditions for the activation of the extraction. It is possible to activate extractions more covertly, discreetly, thereby reducing the chances of detection by Raiders, or loud, what will lead to activation of Laboratory announcement systems and will attract Raiders to the source of the noise.

Killa has good equipment, wearing heavy armor and hand-customized helmet. He is a very dangerous enemy. He uses a light machine gun or other automatic weapons to suppress the enemy while lurking from cover to cover, getting closer to his target for the final push. During the assault he moves in zig-zag manner, uses grenades, suppresses few enemies with the fire of his weapon, plants smoke cover on one enemy while attacking the other. Well, it’s going to be a tough fight to get him killed. By the way, he considers PMC’s and Scavs as his enemies.

With this patch we added lots of new quests for all traders and more than 100 new items: weapons and attachments like RPK-16, Remington 700 and some variations of Mosin rifle; melee weapons: knives and hatchets, ice axe and machete, tactical sword and entrenching tool; new equipment like body armor, tactical vests, helmets and NVGs. I want to highlight the fact, that it will be impossible to pick up a melee weapon from dead PMC’s now.

The development team also gave a brief outlook at the main improvements they have in the pipeline for next year. Escape from Tarkov will get integrated VOIP, a Hideout, a system to customize your character's clothing, new skills, the ability to create and share weapon presets, optimized graphics and netcode (partly thanks to the planned update to a newer version of the Unity engine), and more. There's no word yet on the final release date for Escape from Tarkov, but we'll let you know once Battlestate provides one.