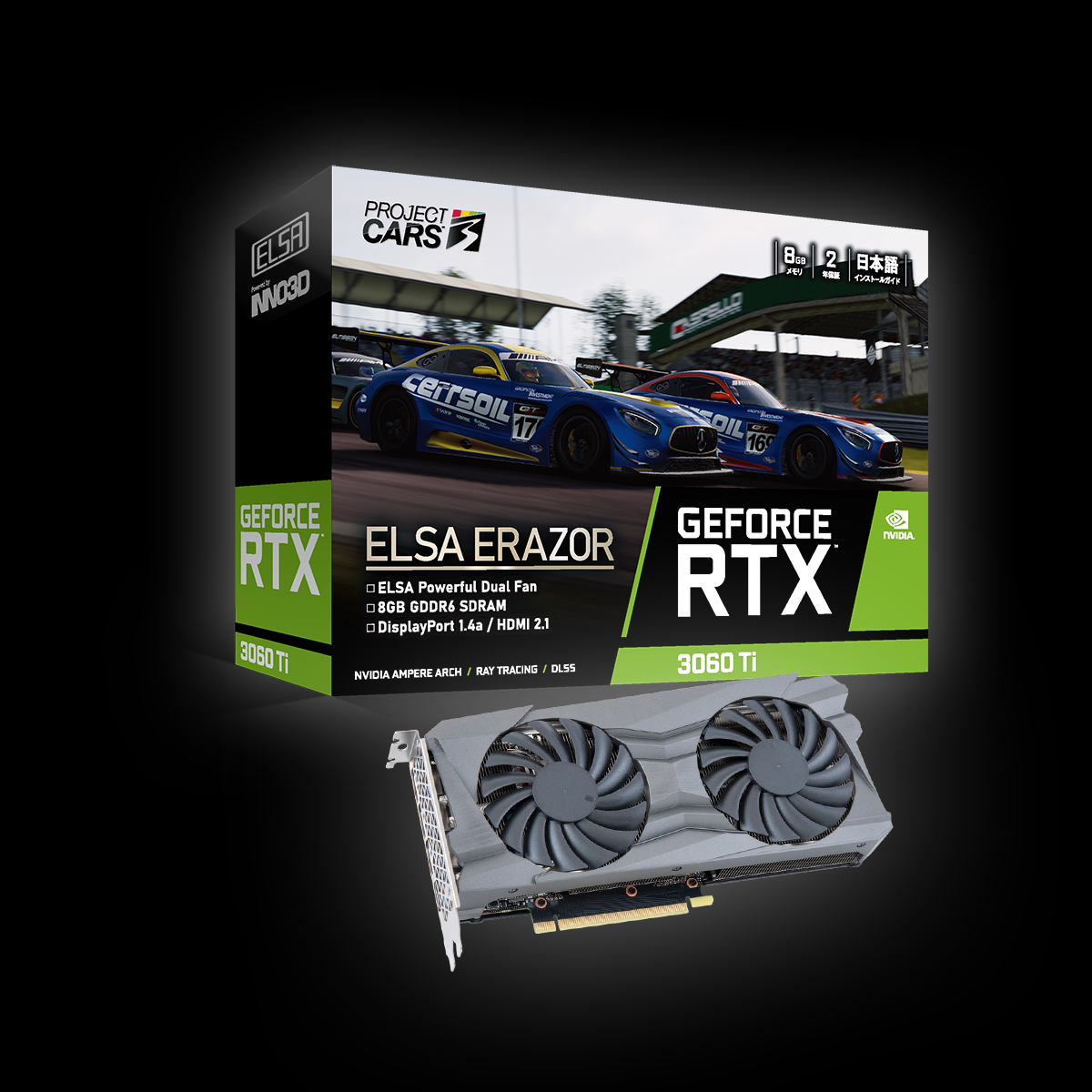 ELSA Technologies released their Project Cars 3 ERAZOR GeForce RTX 3060 Ti LHR a few days ago. The new ERAZOR GPU is based on the INNO3D Twin X2 (GA104-302) graphics card. It sports a very simple design, sported in black, and includes the INNO3D logos on the backplate.

Two 90mm fans keep the GPU cool and have an overclocking boost that pushes up to 1680 MHz. The partnership with the Project Cars 3 video game does not mean that they have included the game with the graphics card. The video game developers have included car stickers and in-game challenges only available with this graphics processing unit.

Project Cards 3 is created by the game design team Slightly Mad Studios Limited. The game is published and distributed by the BANDAI NAMCO Entertainment Group. In Project Cars 3, you create a career from a nobody to a racing superstar in several immersive game modes. Project Cars 3 is available on both Sony Playstation and Microsoft Xbox next-gen systems. Project Cars 3 is the winner of Best Simulation Game in 2020 by gaming site Gamescon.

Own, upgrade and personalise hundreds of cars, customise your driver, tailor every setting & play the way you want in YOUR Ultimate Driver Journey.

The GPU's original version also utilized a lite hash rate, which was originally used but was reduced for Ethereum mining.

The ELSA ERAZOR RTX 3060 Ti LHR graphics card retails for ¥95,300, or $866. It is currently only available in Japan. It is unknown if we will see an American release.