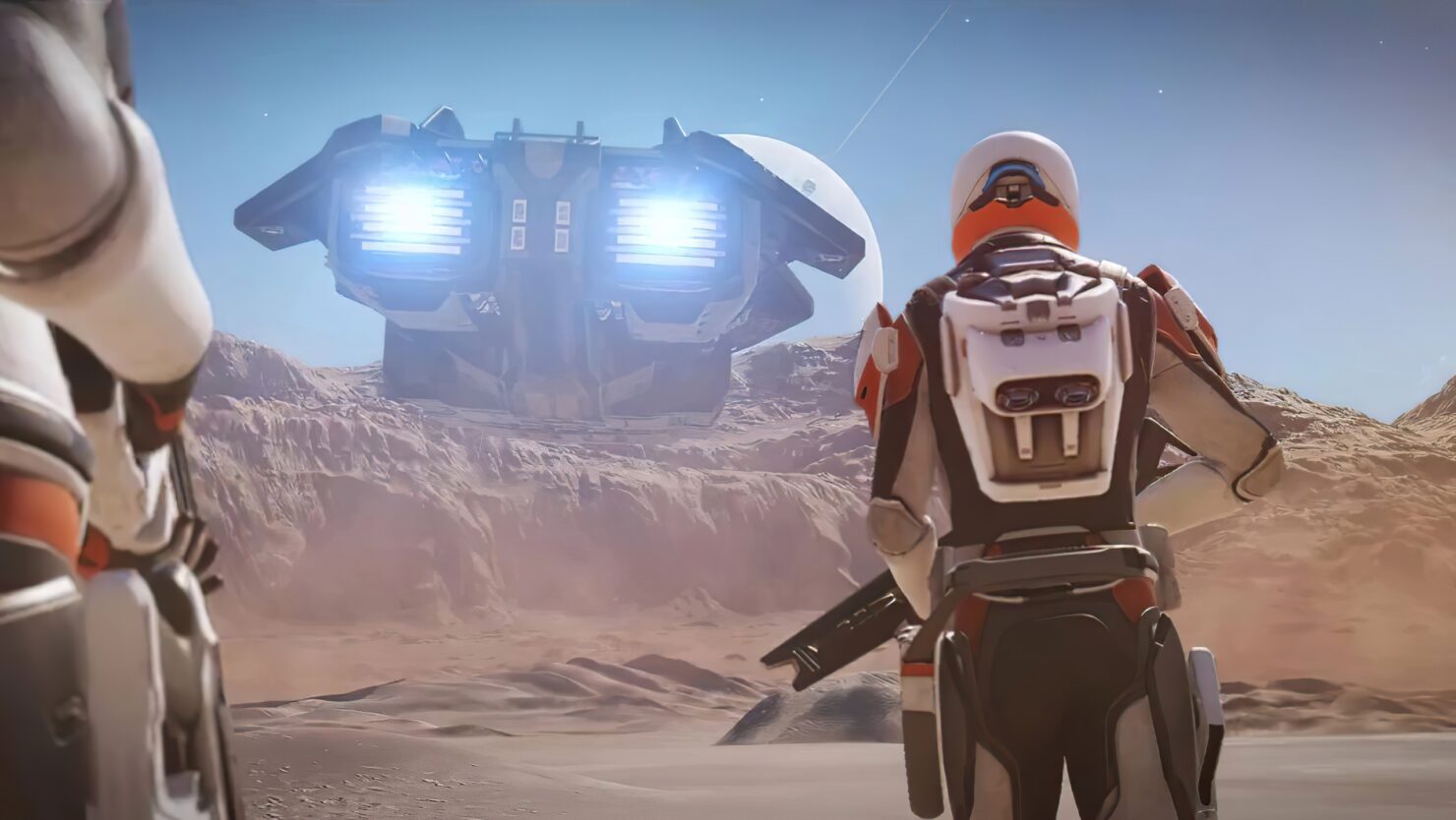 The big upcoming Elite Dangerous: Odyssey will finally allow players of the space flight simulation game to land on planets, explore on foot and fight in first-person combat, as we discussed some time ago with the developers at Frontier.

In the latest PC Gamer UK magazine (Christmas 2020, issue 351), Game Director Piers Jackson confirmed that ship-to-ground combat will be a thing in Elite Dangerous: Odyssey, opening up to interesting scenarios.

In the same interview, Jackson opened up on how it will be to explore the game's planets, specifically their settlements as well as the starports, on the ground.

With the settlements we're aiming for a Wild West vibe. These are the frontier lands. And while you have planet ports and star ports with larger populations, these are smaller occupational areas where people are meeting to work. They might have an industrial or agricultural style to them. The processes and devices you see there will reflect the actual nature of the settlement and its function in the universe.

The star ports become more of a social hub than an actual piece of mission gameplay. You'll enter into one, usually aboard a ship, and at that point you can disembark and move down into what we loosely call the social space. It has vendor and mission givers and it's the nexus the game then spans out from. In the same way you can land your ship and access all the star port services, we have on-foot equivalents of those.

If other players come to those ports, they can exist in the same area as you. Otherwise we populate with NPCs. Some of them will be running stalls, selling you goods, or could actually be providing you with missions. Others will just be milling around, getting on with their daily lives. But yes, you can definitely meet other players in these places, or meet up with friends if you want to have a multiplayer session. The interiors of the star ports will also have elements that reflect the nature of the system they're in, and that goes down to the advertisements that are on display there.

We' very much aiming to try and bring the NPCs to life. The sorts of interactions you can do will be familiar to Elite players, in terms of the choices you can make. We handle this through a mix of menus and dialogue systems, but you will actually come face to face with these characters, and a large amount of dialogue will be voiced. Obviously we can elaborate in a lot more detail in mission text, but yes, these characters are there and they will interact with you and talk to you.

Elite: Dangerous Odyssey is currently scheduled to hit PC, PlayStation 4, and Xbox One at some point in the first quarter of 2021.