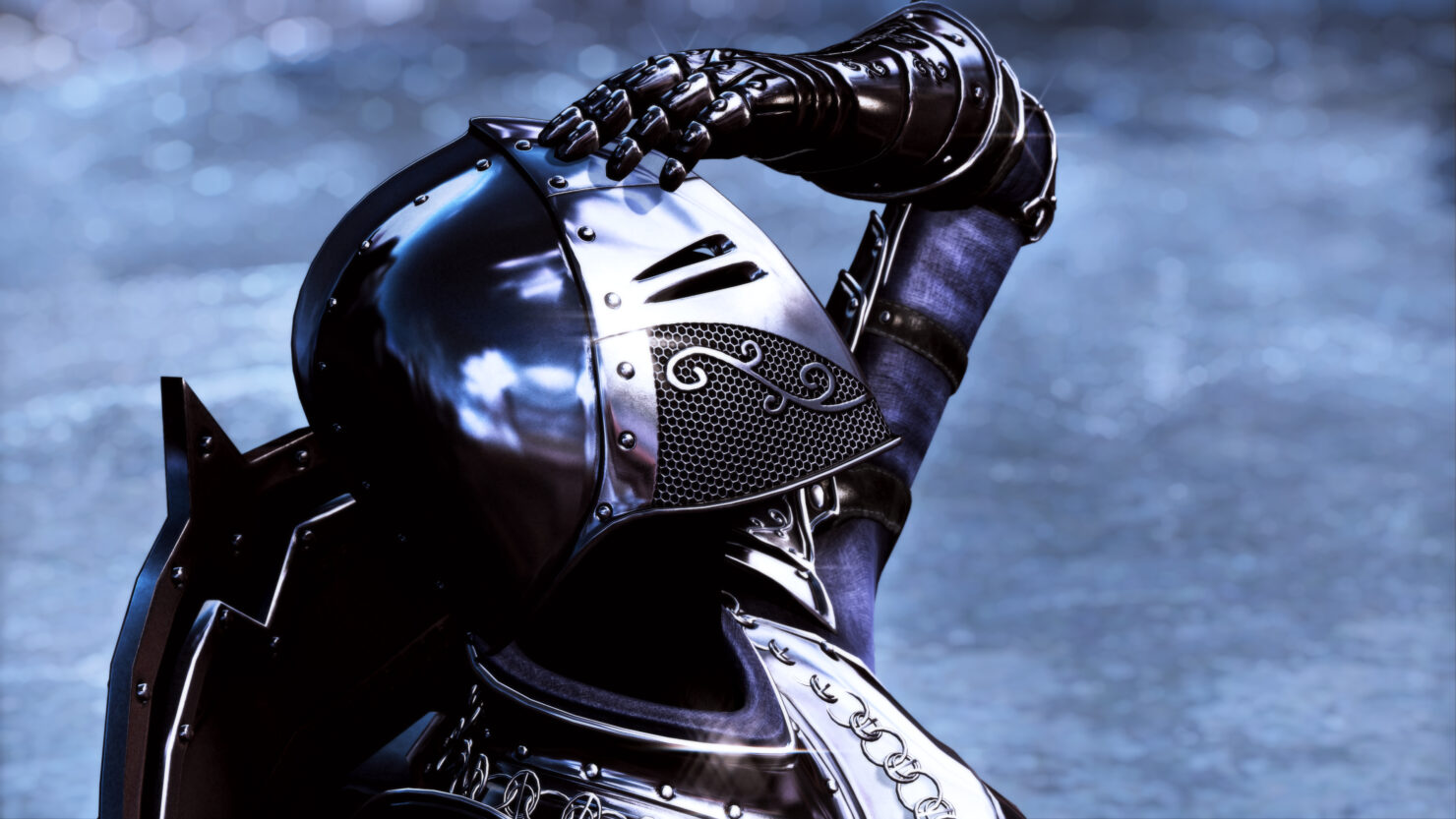 The creator of the mod, ‘Deserter X’, has quite the reputation when it comes to Skyrim Armor mods and this new Dark Knight set is another awesome creation for Skyrim players.

As said the mod introduces the new Ebony armor and shield with players being able to craft a variety of parts for the set, including a helmet, earrings, amulet, cuirass pants and shorts, gauntlets, boots and the Ebony shield (cosmetic). Except for the shield and amulet, all of these items can be enchanted.

“The armor is a bit stronger and a bit lighter compared to a vanilla ebony armor”, the mod’s creator writes.

“The earrings have the same stats as the helmet and are an option for those who don't much like wearing helmets.”

We’ve included some screenshots and videos of the Dark Knight mod in action down below.

Those interested can download this sturdy new mod for The Elder Scrolls V: Skyrim via Nexusmods. Those looking to only use the new shield – download the Dark Knight (standalone) shield mod here.

The Elder Scrolls V: Skyrim is available globally now for PC and consoles. A new installment in the series, The Elder Scrolls VI, is currently in development at developer Bethesda. As mentioned by Bethesda's Pete Hines, however, the game is still years away from release.

“It’s after Starfield, which you pretty much know nothing about”, Hines said back in May of this year. “So if you’re coming at me for details now and not years from now, I’m failing to properly manage your expectations.”

With Bethesda's parent company Zenimax Media recently being acquired by Microsoft, it's uncertain on which platforms the next Elder Scrolls will be releasing.