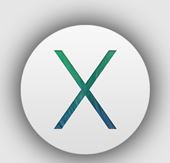 In the highlights, this latest OS X Mavericks 10.9.3 brings better support for 4K displays and the gives you the ability to sync contacts and calendars with your iOS devices using USB connection.

Here are the complete release notes of this latest update:

The OS X Mavericks 10.9.3 Update is recommended for all Mavericks users. It improves the stability, compatibility, and security of your Mac.
This update:
- Improves 4K display support on Mac Pro (Late 2013) and MacBook Pro with 15-inch Retina Display (Late 2013)
- Adds the ability to sync contacts and calendars between a Mac and iOS device using a USB connection
- Improves the reliability of VPN connections using IPsec
- Includes Safari 7.0.3

You can update to this latest Mac OS X 10.9.3 from the Mac App Store in the Updates tab or from the Apple Menu > Software Update.

Apple's latest Mac OS X 10.9.3 can possibly be the last public release of 10.9.x as the major OS X update 10.10 is expected to be showcased at Apple's Worldwide Developers Conference (WWDC) in June this year along with iOS 8. Apple is highly expected to introduce some major design changes with OS X 10.10 following last year's design overhaul of iOS 7 for mobile devices. Till then, Mac OS X 10.9.3 does the job of keeping us up to date, synced, and fixed!