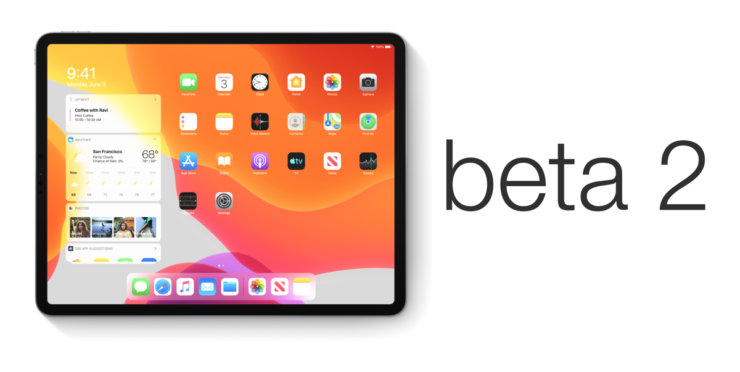 Developers, you can now download iOS 13 beta 2 for iPhone, iPod touch and iPadOS 13 for iPad with a ton of bug fixes and performance enhancements.

First beta of iOS 13, in terms of bugs, was so bad that Apple even put up a warning on its website saying: "If you’re interested in living on the edge and trying out the great new features in iOS 13, we strongly advise waiting for the many bug fixes and refinements coming to the public beta next month." However, today's update fixes a lot of things, but that does not mean in any way that you should go ahead and install it right now on your daily driver since the public beta is still not available for download, meaning beta 2 still have a fair bit of instabilities. Also, the latest beta is not available as a fresh over the air download for those that need it. You have to install iOS 13 beta using iTunes and then get the subsequent updates over the air.

If you already have iOS 13 beta 1 installed on your iPhone, iPad or iPod touch, then you can go ahead and download iOS 13 beta 2 right now by simply connecting your device to a WiFi network. Once done, launch the Settings app, then go to General > Software Update. From here just download the latest iOS 13 beta update. You can download iPadOS 13 beta 2 the same way as well. For more details, you can follow the guides posted below:

Interested in downgrading your current copy of iOS 13 or iPadOS 13 beta? Then follow the guide posted below:

And yes, the iOS 13 beta update is now available for installation directly as an over the air download straight from the Apple Developer Program website. If you want to take that route for installation, or maybe install the update without a developer account, then check out the guides posted below.

If you are a non-developer, then please make sure that you install the latest update on a device that is not your daily driver. Though Apple has managed to patch things up quite a bit in this release but it's still not daily driver material and probably won't be until beta 5 or beyond. Be very cautious before going ahead with the download.