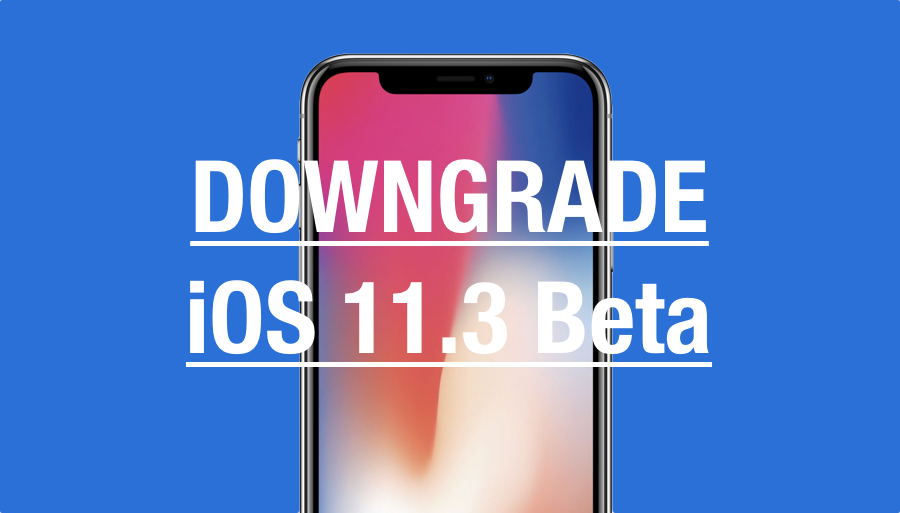 Downgrade iOS 11.3 Beta Back to the Official, Public Release Channel on iPhone or iPad - Here's How

But before we go ahead and do that, it's important to know that downgrading the firmware will erase everything off your device. This in turn means that you should backup everything to either iCloud or iTunes, the choice is yours as long as everything is nice and secure.

Last but not the least, it's important to know that you can downgrade to only a certain set of firmware at this point in time. The latest release is iOS 11.2.5, but other than that, Apple is currently signing the following firmware releases: iOS 11.2.2, iOS 11.2.1 and iOS 11.2. Given that iOS 11.2.5 is a major bug fix release, I would recommend sticking to that. Also, once Apple stops signing the last three firmware releases mentioned above, you cannot downgrade anymore. So there's another reasons for you to stick to iOS 11.2.5.

Download the Firmware to Which You Want to Downgrade to

First and foremost, download the firmware to which you wish to downgrade to.

iTunes will verify the firmware file with Apple then restore your device. If the firmware if currently not being signed then iTunes will throw you an error. But if everything goes well, you'll boot straight into the iOS welcome screen.

IMPORTANT UPDATE: Apple has stopped signing iOS 11.2, iOS 11.2.1 and iOS 11.2.2 making downgrade impossible to those firmware versions. Only downgrade to iOS 11.2.5 is possible at this point.