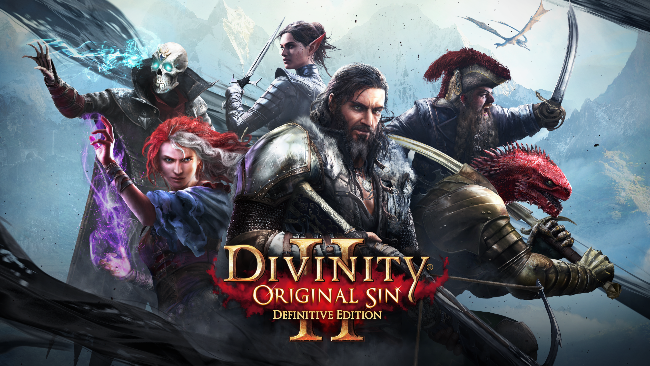 Divinity: Original Sin 2 is older than I thought it was, this fantastic game coming up to it's third year now. The fact that it's almost three years old makes it all the more impressive that Larian Studios are still supporting this fully-fleded single-player game with free DLC in an industry that barely supports half-finished live-service titles with extra content oft supported by real-money microtransactions.

We knew that Larian were doing this, what with them announcing last year that a host of free DLC would be coming in the form of these gift bags. Today brings yet another gift bag to Divinity: Original Sin 2, containing brand new quest lines, new sets of equipment, new monsters and a brand new boss. Introducing The Four Relics of Rivellon.

Developed in conjunction with Anshar Studios and Fools Theory, this new DLC sets players out on a new adventure, searching for four armour sets that are scattered across Rivellon. Fully voice acted and narrated and featuring new enemies, as well as boss in the form of an undead dragon, The Four Relics of Rivellon seems to be offering a lot of content to Divinity: Original Sin 2.

As for the four armour sets you'll be searching for, here they are:

Captain Armour
A set of Armour that can dominate the minds of those around it. Each piece also boosts Lucky Charm, Persuasion and Bartering.

Contamination Armour
An ancient set of Armour created from magic that was thought lost long ago. Each piece offers resistance to poison and the entire set grants immunity to poison along with a special ability to spawn exploding spores that will damage enemies in combat.

Devourer Armour
A set of Armour said to make its wearer almost invincible. In combat, the Armour will mark a certain target in range and any attacks on this target cannot miss and will deal extra damage.

The graphic novel Divinity: Original Sin – Godwoken features the origin stories of Rivellon’s godwoken; Ifan, Lohse, Red Prince, Sebille, Fane and Beast. It explores the events leading up to the story in Divinity: Original Sin 2, from the perspective of all 6 of the Godwoken. The 300+ page full-colour graphic novel will take readers on a journey through never-before seen areas of Rivellon. Ever wondered what Fane looked like in the flesh? Curious about Red Prince’s life as the crown jewel of the Forgotten City? Journey with Ifan as the Divine’s right-hand man, and explore the lives of Sebille, Beast, and Lohse up to the moments of the ill-fated Kraken attack.