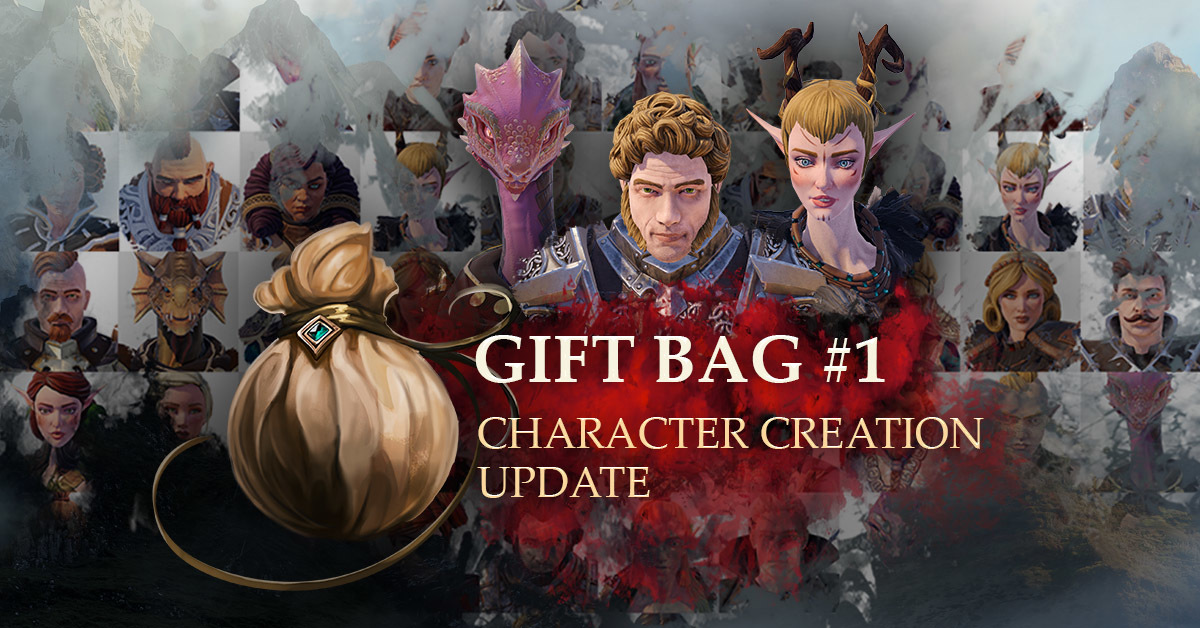 Larian Studios announced that several so-called Gift Bags are coming to the excellent Divinity: Original Sin 2 for free throughout the year. These are content updates realized in collaboration with Polish developers Fool's Theory (Seven: The Days Long Gone) and Anshar Studios (Detached); the first one, dedicated to enhancing the options available when creating new characters, is already live on Steam.

Check out the full update details below. Divinity: Original Sin 2 is available now for purchase on PC, PlayStation 4 and Xbox One.

There are new faces for each race, more hairstyles, and additional facial features for you to use when creating a new character. You can also respec your existing characters using these new options by using the Magic Mirror aboard the Lady Vengeance.

We have more Gift Bags planned for this year, and the treats inside will continue to enrich your adventures in Rivellon. We will have more information about future Gift Bags for you soon, and we can’t wait to see what you do with them.

In addition to today’s Gift Bag, in this update we have also addressed issues with fast-traveling to the Lady Vengeance, Sir Lora incorrectly absorbing Source, and some minor audio and visual issues.