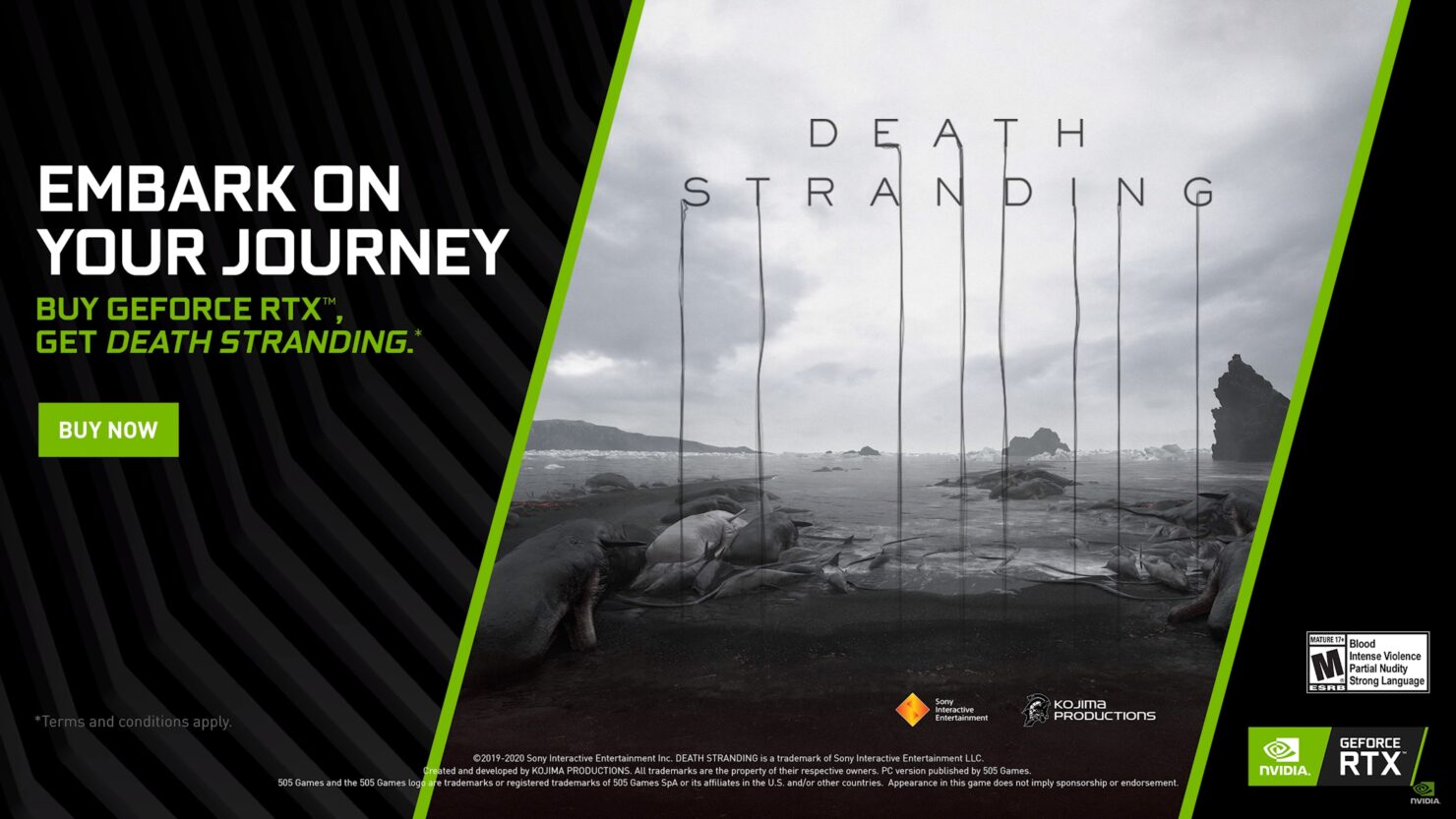 As part of this Death Stranding bundle, a digital copy of the game will be included with purchases of select GeForce RTX GPUs, laptops, PCs at participating retailers and etailers. To learn more about the offer, including whether your region is part of the promotion, check this page (once it's up).

As usual, the full driver changelog reveals a list of fixed issues, which we've reported below.