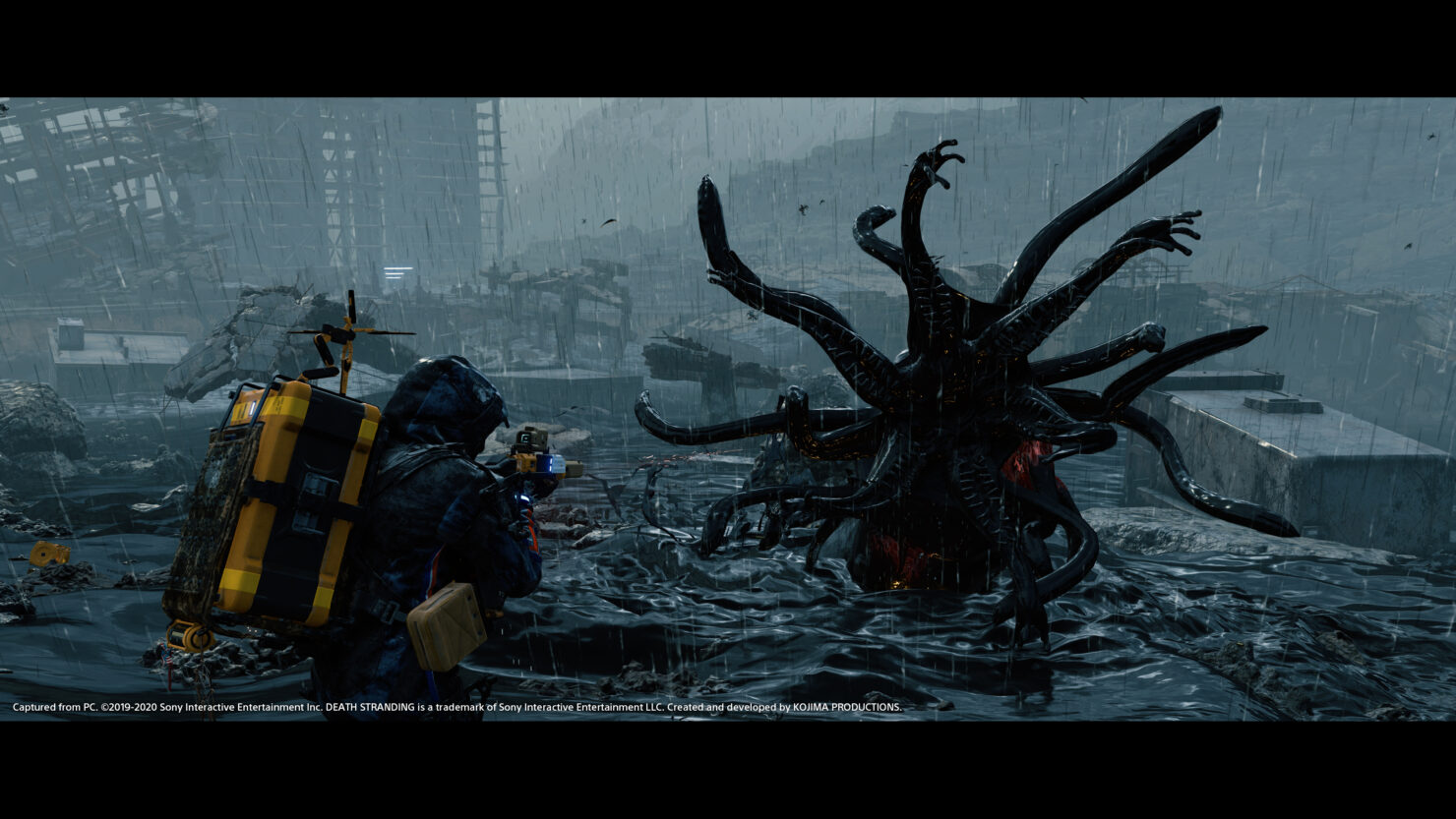 NVIDIA announced yesterday that Kojima Productions will be adding its DLSS 2.0 tech for GeForce RTX GPUs in the PC release of Death Stranding. This definitely marks a major win for NVIDIA as DLSS 2.0 brings a lot more than just performance improvements but will also help deliver better image quality doing so.

Death Stranding will be the latest title to add support for DLSS 2.0 which is a premier technology featured on NVIDIA's GeForce RTX graphics cards. With DLSS 2.0, NVIDIA has made several strides by not only delivering higher performance with the graphical feature enabled but also delivering much higher image quality than what's rendered at normal.

Just like every DLSS title, users will get the ability to set the DLSS settings to either performance or quality mode. This particular performance preview was measured with DLSS set to quality mode as even the entry-level RTX cards can deliver 60+ FPS at 4K resolution. The overall GPU performance numbers at 1080p, 1440p, 2160p are provided below.

At 4K with DLSS on, you can see a marked improvement over DLSS off. For comparison, the RTX 2080 Ti sees a massive 40% improvement and delivers 105.5 FPS with all in-game settings maxed out which is super impressive. Even the GeForce RTX 2060 delivers a huge performance jump of up to 47% and delivers a smooth 60.1 FPS on average.

In addition to performance improvements, NVIDIA has also shared several images showcasing how DLSS 2.0 helps to deliver higher quality in Death Stranding by smoothing out what would otherwise be jagged edges & simultaneously delivering higher level of details on various in-game assets.

“DEATH STRANDING already has the reputation of being a visual stunner, but NVIDIA DLSS 2.0 helps make the PC debut something special. The extra performance NVIDIA DLSS 2.0 delivers in DEATH STRANDING allows gamers to unlock the vast graphical potential of the PC platform by increasing the graphics settings and resolution, delivering on the vision we have for the game.” - Akio Sakamoto, CTO KOJIMA PRODUCTIONS. via NVIDIA GeForce

For those wondering about the system requirements, the developer has already laid out its own recommended requirements to run the game at various tiers. For 1080p 30 FPS, the minimum you would require is a modern day Quad Core CPU from Intel or AMD along with a 4 GB graphics card that's around the Radeon RX 480 or the GeForce GTX 1050 Ti in terms of performance. 8 GB of ram is a requirement for all PCs and you would require at least 80 GB of storage space to install Death Stranding. 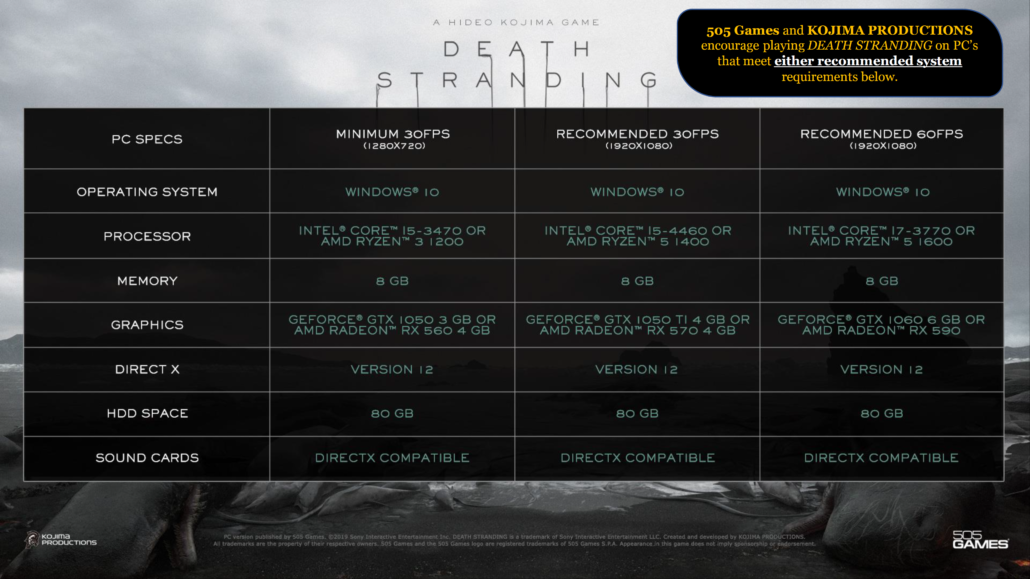 Regardless, given the screenshots and the trailer that NVIDIA has shared, Death Stranding looks to be an absolutely phenomenal title in terms of its graphics quality. This makes the title even more impressive given the lowly system requirements that you need to make it run. It shows that Death Stranding is a well optimized titles but we will definitely reserve our conclusion till we have tested out the final product which launches on 14th of July.