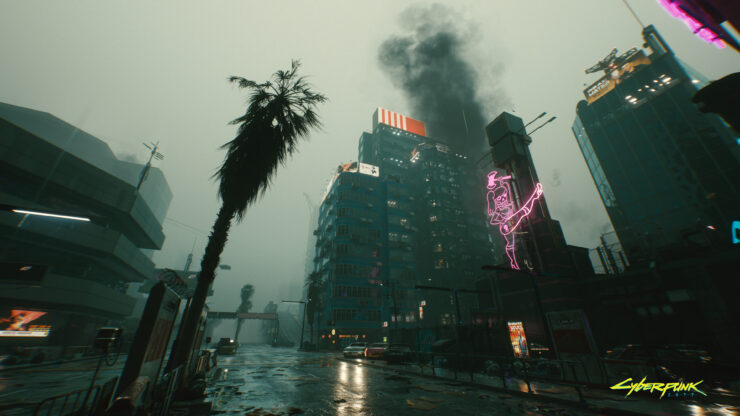 We've all been pretty excited about Cyberpunk 2077 and spoke about it at length, from what was shown in the gameplay video today and of course the announcement of Cyberpunk: Edgerunners, the new animé made by Studio TRIGGER in partnership with CD Projekt Red and Netflix. I was also very excited thanks to the preview I was able to do during Gamescom last year.

What wasn't really talked about, but was clearly on display during today's Night City Wire is some of the tech that the game will support. This is where NVIDIA steps in, revealing some of the features to be found within what was shown today. Specifically, the game will use ray tracing and will support NVIDIA DLSS 2.0.

Here are some of the ray-traced features that you can expect to find in Cyberpunk 2077 at launch:

Everything will be supported when Cyberpunk 2077 launches on the 19th of November, which is a big positive. Jason Paul, vice president of GeForce platform marketing at NVIDIA had this to say:

Cyberpunk 2077 is one of the most anticipated games of all-time. Combined with CD PROJEKT RED’s incredible story-telling and stunning artistry, RTX-powered ray tracing and NVIDIA DLSS 2.0 help to make Cyberpunk 2077 a ‘must-play’ game of 2020.

If you want to check out the trailer and the Night City Wire feature, check out our piece and Nate's take from it. It's well worth the watch. You can also find the news over at NVIDIA's site, with a few screenshots that I will also add below, for your viewing pleasure.